Giant Kites on Cargo Ships Could Cut Carbon Emissions by 20% 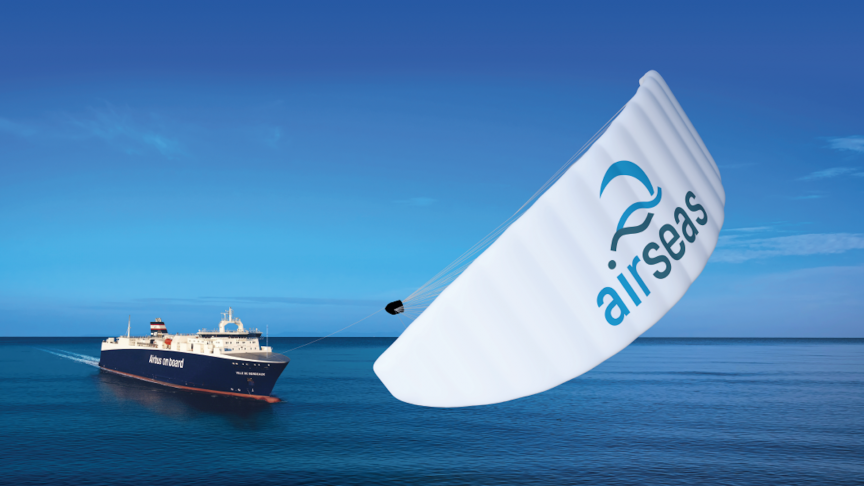 French company Airseas has developed a kite called Seawing that it believes can cut fuel consumption and carbon emissions for cargo shipping by 20 percent, according to a report by Bloomberg.

In the first quarter of 2022, the company will strap a 500 square meter kite to the Ville de Bordeaux, a 154-meter-long (505 ft) cargo vessel that ships aircraft components for Airbus. That will be part of a six-month series of trials and tests as the ship makes its way along its usual route across the Atlantic Ocean.

The initiative is yet another new idea aimed at helping the shipping industry meet its goals for decarbonization following the IPCC’s dire climate change report this year. If initial trials go as planned, Airseas will then test a larger 1,000 square-meter parafoil that will fly at an altitude of 300 meters above sea level, cutting fuel consumption and emissions by roughly 20 percent. The company says that its sail technology can be easily installed on any vessel and that the installation process takes only a few days.

The shipping industry’s race for sustainability

Shipping doesn’t tend to get as much attention as aviation, but it actually accounts for roughly 3 percent of all human-made carbon emissions, while aviation accounts for about 2 percent of global emissions. Shipping might be in a better position when it comes to decarbonization, however, as electric propulsion systems are currently not powerful enough for long-range flight. NASA’s experimental all-electric X-57 Maxwell light aircraft, as an example, is only capable of 40 minutes of flight on a single charge.

Other initiatives to reduce carbon emissions in the cargo shipping industry include the use of sustainable fuels. Fortescue Future Industries, for example, recently announced that it was converting a 75-meter (246-feet) vessel, the “MMA Leveque”, to run almost entirely on green ammonia.

Artificial intelligence might also help the shipping industry to reduce its emissions. Take, for example, Michelin’s in-development inflatable AI-enabled sails that could cut fuel consumption by up to 20 percent by quickly deploying when the conditions are right. Last month, meanwhile, the world’s first all-electric autonomous cargo ship, the Yara Birkeland, made its first voyage off the coast of Norway. The question is, will all of this be enough to meet the goals set out under the 2016 Paris Agreement on climate change?