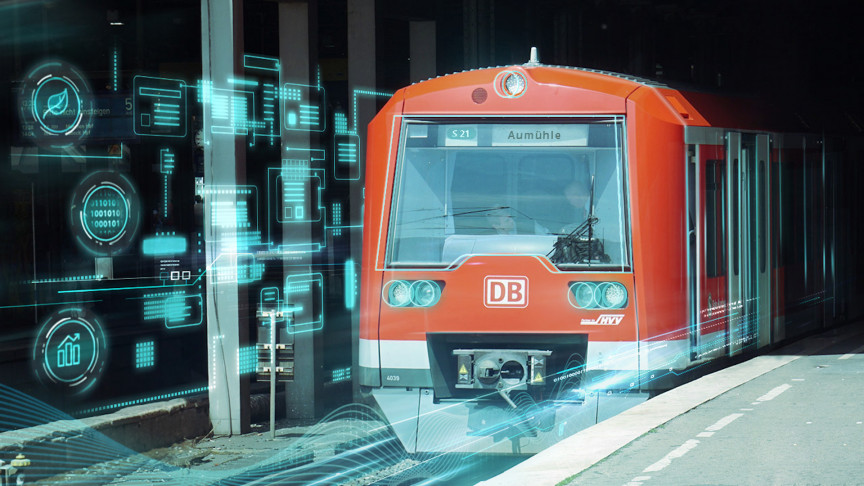 In a press statement, Dr. Richard Lutz, CEO of DB said, “with automated rail operations, we can offer our passengers a significantly expanded, more reliable and therefore improved service — without having to lay a single kilometer of new track.”

Though several airports around the world have driverless monorail terminal shuttles and Paris has driverless metro trains, the new train by Siemens and Deutsche Bahn is the first fully automated train that can safely run on existing rail infrastructure alongside regular human-driven trains.

In its statement, Siemens describes the new train as more efficient due to the use of artificial intelligence (AI), which helps the train stick to schedule and meet increased travel demand more efficiently than a human driver. Four of the trains will go into operation in northern Hamburg’s S-Bahn rapid urban rail network and they will start carrying passengers in December. The train was developed and built as part of a €60 million ($70 million) modernization project run by DB called the Digital Rail Germany project.

The new train will be fully automated, though a human operator will be present whenever passengers are onboard in order to ensure safety. Shunting maneuvers, such as turning the train around, can be carried out without anyone onboard. “We are making rail transport more intelligent,” Siemens CEO Roland Busch said in the statement. He also estimated that automated trains can carry “up to 30 percent more passengers, significantly improve punctuality and save more than 30 percent energy.”

In its statement, Siemens says that plans are in place to digitalize Hamburg’s entire S-Bahn system by the end of the decade. The firm also claims the new automated train technology is projected to eventually be used nationwide for regional and mainline rail systems. Trains transport has had a boost in recent months and years as it is a clean and reliable form of transportation. Carbon emissions from a mile of railway transport are on average 80 percent lower than that of road transport over the same distance, while during the peak of COVID-19 sea and air cargo disruptions, freight rail continued to operate with relative efficiency. New innovations in automated rail and high-speed railways will continue to power the ongoing resurgence of railway transportation.