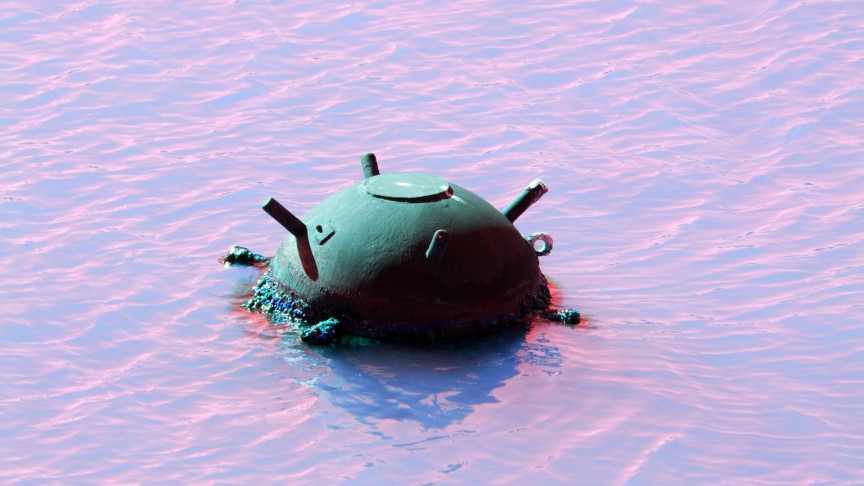 Augmented reality (AR) is typically associated with future-oriented technology that aims to build new cityscapes, infrastructure, medical, and gaming experiences. But a novel application of VR will help us confront the dark past, and save lives.

A company recently launched a new research project to develop safety systems designed to help divers salvage wartime munitions dumped into the sea during the first and second world wars. Sensors let the divers know when they’re close to dangerous levels of TNT and other hazardous materials, and a new alarm system equipped with augmented reality displays in their goggles can keep these brave divers aware of imminent at all times, according to a press release from the company, Fraunhofer IGD.

There are a lot of munitions remaining from the two world wars at the bottom of the North and Baltic Seas off of Germany’s coast. At present, experts estimate the amount of chemical warfare agents at roughly 242,500 tons (220,000 metric tons), and recovering all of it from the seabed is as complex a proposition as expensive. But it can also be deadly. The shells are mainly composed of metal, have become increasingly corroded from decades upon decades submerged in saltwater. This heightens the risk and danger posed not just to the environment, but also to the professional divers, who, even with the most cutting-edge gadgets, are laboring deep in the danger zone.

In light of this, a collective of companies and research institutes in northern Germany have gathered to launch the TOxAR project, which aims to engineer a comprehensive occupational safety system to enhance underwater operations. The new system is based on a series of new sensors that detect and measure both the waterborne components of warfare reactants (like TNT), and other harmful chemical materials like arsenic degradation products and mustard gas. The former is perilous to retrieve, since they can cause skin burns on contact, and might also be carcinogenic. Did we mention that the divers face extremely high levels of danger?

AR-equipped goggles could save divers’ lives

In the coming years, divers on munitions salvaging duties might capably scan the underwater region with sensor lances before getting wet. Real-time communication is also a crucial feature of the safety system, since sharing measurement readings is a lot harder to do underwater than it is on dry land, with the internet. This provides lances with a double-role: performing as functional navigation and communication nodes, and carrying sensors for hazardous war-borne agents with chemical contamination and arsenic content. When a diver pulls underwater contaminants out of position, the escaping plume of dangerous materials can be instantly analyzed to ensure the diver isn’t positioned in harm’s way.

To do this, the system will need cable-free digital acoustic communication between both the diver and lance, and the ship or land-based control and monitoring team. Without seamless and constant communication, the team will lose its ability to provide accurate risk assessment, and navigation tips for occluded visibility. This is common when actively recovering warfare agents, and sometimes reduced visibility can mean sudden exposure to dangerous chemical agents. But with an augmented reality system for diving goggles integrated into the TOxAR project, Fraunhofer IGD will equip divers with technology that can quickly check the surrounding water for contaminants, and the sensor system can measure the sediment.

Combined, the divers will have an AR display in their goggles or on a wrist-mounted device, so they can be instantly alerted to possible dangers, and retreat to a safer distance, reducing the risk of harm. AR and VR are typically linked to building a better world in the physical space of the old, but in equipping divers with next-gen tools to remove deadly weapons from the seas near Germany, we’re witnessing a new way of remedying the horrors of wars from a century ago.