Genetically Modified Mosquitoes Are Hatching in the US 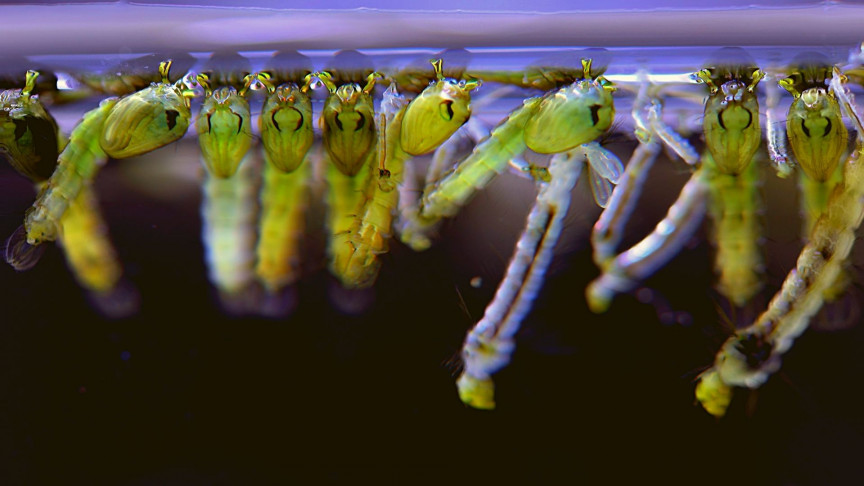 Mosquito eggs placed in the Florida Keys are about to hatch tens of thousands of genetically altered mosquitos, the first such release of “synthetic” insects in the world, according to an initial report from Scientific American.

The biotechnology firm called Oxitec delivered the modified mosquito eggs late in April as part of a federally-endorsed experiment to study the use of genetic engineering, as opposed to insecticides, to control the populations of illness-spreading mosquitoes. This project targets one specific species of mosquito called Aedes aegypti, known to carry Zika, chikungunya, yellow fever, dengue, and other possibly deadly diseases. And some of these diseases have been on the rise in Florida.

The new genetic contribution given to the mosquitoes will be deadly to many future offspring, with males altered to carry a gene causing female offspring to become dependent on the antibiotic called tetracycline — which is a death sentence for the female mosquitoes. After several generations, there won’t be enough female mosquitoes of the species to maintain population numbers, putting a ceiling on them. But this is a temporary measure, since the genetically modified male mosquitoes will eventually all die.

Oxitec faced substantial regulatory challenges before it received permission from the U.S. Food and Drug Administration in 2016, and then further permission from the Environmental Protection Agency in 2020. If this pilot experiment proves fruitful, the firm aims to release up to 20 million more males during Florida’s prime mosquito season later in 2021. Many concerns may be addressed by the rollout of this genetically modified test case.

As of writing, the conventional way of controlling species involves insecticides, but these don’t work extremely efficiently. But Oxitec’s work in other locations has shown promising results. “Given its prior testing, the experiment in the Kyes is likely to work and to suppress A. aegypti populations,” said a molecular biologist named Omar Akbari in the Scientific American report. “And hopefully it will directly translate into an epidemiological impact, effectively reducing disease transmission.”

Akbari emphasized that this experiment, and the underlying technology, is “extremely safe.” With the approval of the EPA and other entities, the scientific curiosity surrounding what control mechanisms are in place — since attempts have been made to control them using a wide scope of insecticides in Florida, “including pyrethroids that also kill honeybees ladybugs, dragonflies and other insects,” said Akbari. In 2016, insecticides were released from airplanes throughout Florida neighborhoods in an effort to slow the Zika outbreak. Compared to that, reasoned Akbar in the Scientific American report, “Oxitec’s technology is extremely safe.”

As the effects of global climate change become more acute, insects like mosquitoes could increasingly carry new and radical diseases farther north into the North American continent, moving with the shifting average temperatures. Introducing genetically modified mosquitoes to put a ceiling on their population may seem radical, but there are far more radical ideas brewing — like a well-funded proposal to inject aerosols into the stratosphere of Earth, with aims to investigate the idea of “blotting out” the sun. Compared to that, playing with mosquito DNA doesn’t seem like such a giant leap.