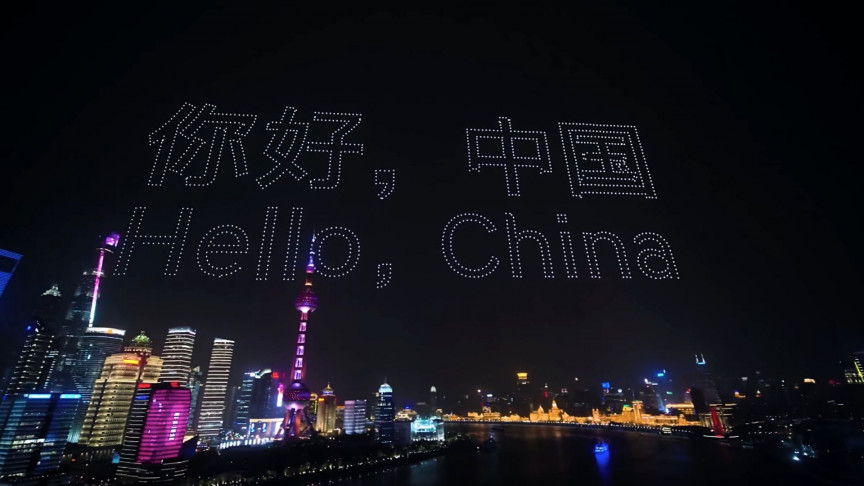 Drones are currently being used across many industries and for many different uses.

From assisting the army to being used as a tool to encourage people to wash their hands and wear masks, and breaking records for the most drones flying simultaneously indoors, there’s an option to keep everyone entertained.

Now there’s a new addition to that ever-growing list of drone usages: a marketing tactic.

Hyunday-owned car company Genesis flew the world’s largest amount of drones simultaneously in the sky to mark its entry into China.

Record for most drones in the sky at the same time

Grabbing viewers’ attention from both sides of the Bund in Shanghai, the spectacular show involved a dazzling 3,281 drones — earning itself the top title in the category of Most Unmanned Aerial Vehicles (UAVs) airborne simultaneously in the Guinness World Record book.

The show beat Shenzhen Damoda Intelligent Control Technology Co., who managed to fly 3,051 drones at the same time in September 2020.

Genesis’ drone show took place on March 29, displaying its logo high in the night sky, in a clear marketing stunt.

These numbers of simultaneously flying UAVs keep increasing, and we’re certain that in no time these numbers will surpass the current 3,281 Genesis record.

As previously mentioned, Genesis’ drone show was an impressive publicity stunt, and as Markus Henne, Chief Executive Officer of Genesis Motor China said in a press release, “Our first-ever moment in China was a special opportunity to engage with our audience and show what Genesis is about.”

“With this record-breaking drone performance, we brought our brand story and philosophy to life for many Chinese consumers. Soon, we will bring even more inspiring Genesis experiences and products to the consumers in China.”

In the same week, Genesis unveiled its Genesis G80, a mid-sized luxury sedan, and the Genesis GV80, the first SUV in its lineup at a Brand Night, held on April 2 at Shanghai’s International Cruise Terminal.

As Henne said on the night, Genesis is “known for the highest quality and distinctive design.”

And with regards to its new chapter in China, he explained that the team is “Driven by a purpose to design authentic relationships with Chinese customers. This is our promise and our differentiator in China to deliver meaningful and stress-free experiences.”

Genesis certainly made its entrance in China with a bang last week, and it’s exciting to see drone and automotive technology put on such fantastic display.