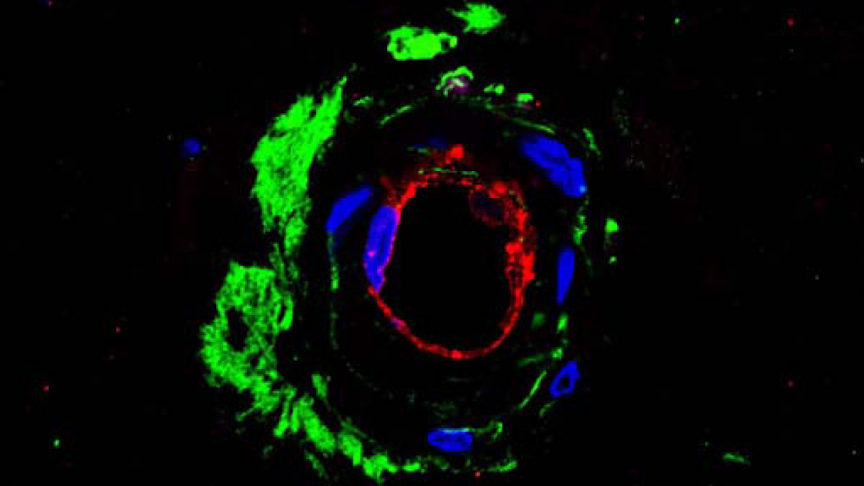 Alzheimer’s disease is the fourth largest killer of people worldwide, yet it doesn’t have any approved medications that can treat or slow the progression of the disease.

It’s estimated that 36 million people worldwide suffer from Alzheimer’s or related dementias and this commonality along with lack of cure is why so much funding goes into Alzheimer’s research.

One new study might be making headway’s in helping to develop new therapies to treat the disease. A team of researchers have found mutations in the gene CSF-1R, which has been linked to a rare form of dementia. Called Leukoencephalopathy, the novel finding might help researchers understand enough about the disease to develop thereapeutics for Alzheimer’s.

The research was published in ERMBO Molecular Medicine.

Genetic Engineering and Biotechnology News reports that Colin Doherty, one of the researchers that participated in the study, said, “It is absolutely critical that we focus our research endeavors on identifying the underlying cause of neurodegenerative conditions. Studies like these will pave the way for better clinical management of our patients and hopefully new medicines to treat the condition.”

One of the biggest co-effects of Alzheimers is the finding of variations in blood vessels in the brain. This finding is incredibly common, found in about 80 percent of patients with the disease, but the causes of this are largely not known.

The researchers noted that by focusing in on a very rare form of brain disease, they’ve been able to narrow down the specific gene mutation that causes the condition. Since the rare disease draws significant parallels in effects on patients to Alzheimer’s, the team is hoping that the found gene mutation might draw parallels to Alzheimer’s.

By finding the mutation, the team was able to tie to the loss in function of damaged blood vessels in the brain caused by the mutation to the development of dementia in patients.

The study was able to demonstrate the the mutation in CSF-1R caused a loss of signaling that disrupted the blood-brain barrier, inhibits the ability of macrophages, or cells involved in fighting bacteria, from avoiding certain plaques effectively.

The data from this research is directly informing the researchers other preclinical studies in Alzheimer’s research. The findings also helped them learn more about a neurodegeneration mechanism that may lead to further discoveries in more common dementia patients.

You can read the rest of the study in ERMBO Molecular Medicine.