Gas Stations on Mars Could One Day Be a Reality 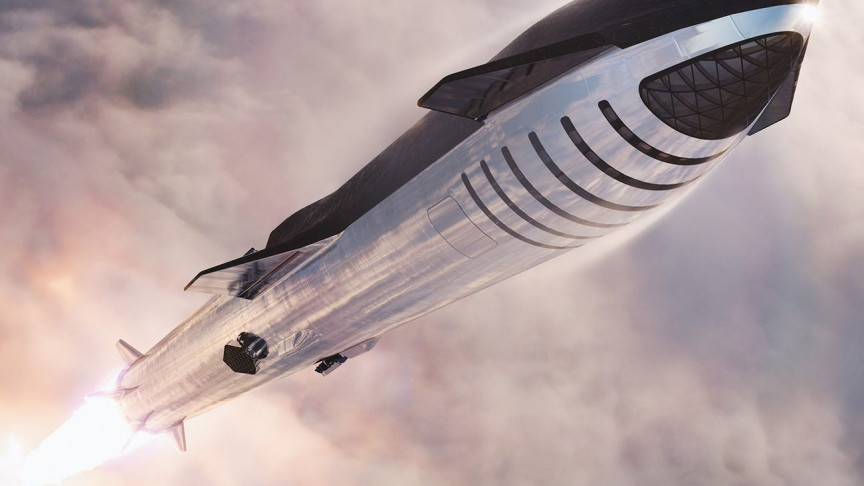 Humanity’s quest to set foot on Mars is one of its most ambitious and complex endeavors. Yet, despite all the innovative ideas and intricate technology this goal requires, we may be able to achieve it by improving what we already know how to do. A number of research projects attempt to figure out how to we can utilize the existing conditions on the Red Planet to power our space vehicles.

One team of engineers from the University of Cincinnati is looking to convert greenhouse gases to fuel, in an achievement that could not only address the effects of climate change here on Earth but also help our astronauts to come back to Earth from Mars. Their recent study, published in Nature Communications, focused on using a carbon catalyst within a reactor in order to convert carbon dioxide into methane, which can then be used in next-generation rocket engines. This approach relies on the so-called “Sabatier reaction” which is already employed by the International Space Station to remove carbon dioxide from the inside the station and generate drinking water, as well as waste methane.

The scientists, however, have their eyes set on Mars. Professor Jingjie Wu, involved in the study, shared in a press release that, since the atmosphere on Mars is comprised almost completely of carbon dioxide (in fact, it’s 95 percent CO2), utilizing their technology could allow the astronauts to bring just half the fuel, producing the rest of the fuel they’d need to return home to Earth directly on Mars.

“It’s like a gas station on Mars,” Wu shared. “You could easily pump carbon dioxide through this reactor and produce methane for a rocket.”

In order to produce the needed methane, Wu’s team hopes to find the most efficient way to recycle carbon dioxide. The experiments involve a variety of catalysts, like graphene quantum dots (nano-scale layers of carbon dust), that could allow a greater yield of methane.

Better for commerce and environment

Another upside of their research, besides future Mars gas stations, is that it may help combat climate change by reducing the effects of greenhouse gas emissions here on Earth. Wu envisions using the process he is developing in power plants that create large amounts of carbon dioxide as a byproduct. The conversion technology could both reduce emissions and open up new commercial applications, as the emissions would be converted into fuel and water.

“The process is 100 times more productive than it was just 10 years ago. So you can imagine that progress will come faster and faster,” Wu explained. “In the next 10 years, we’ll have a lot of startup companies to commercialize this technique.”

Research is heating up

While the research by Wu and his team is promising, other scientists are also looking at ways to produce rocket fuel on Mars. A team from the University of California, Irvine has been working on using zinc as a catalyst for the production of methane from carbon dioxide. Led by physics and astronomy professor Houlin Xin, the new approach improves upon the two-step method used aboard the ISS to produce breathable oxygen via the electrolysis of hydrogen and oxygen.

The current two-step procedure requires large facilities, while the technique proposed by Xin’s team is much more portable, as it cuts the process down to just one step which needs less space. This makes it more adaptable to conditions and materials available on Mars.

“The process we developed bypasses the water-to-hydrogen process, and instead efficiently converts CO2 into methane with high selectivity,” Xin shared.

While the researchers are exploring the concept for the technology, which has proven to work in lab testing with results that Xin called “promising,” they acknowledge a lot more work lies ahead.

Are methane-based rocket engines the future?

Rocket engines powered by methane are being developed by both SpaceX and Blue Origin. NASA has also been testing rocket engines that use liquid methane as a propellant for fueling Mars landers and other space vehicles.

The Raptor engine on SpaceX’s Starship is particularly oriented towards the trip to the red planet. It is designed to burn up the methane as rocket fuel in conjunction with liquid oxygen, outputting carbon dioxide and water vapor back into the atmosphere. To create more rocket fuel, Elon Musk tweeted that SpaceX is also looking at employing the Sabatier reaction to convert carbon dioxide into methane “using wind & solar power”.

Musk recently addressed the criticism that methane accounts for 20 percent of global greenhouse emissions and is “25 times as potent as carbon dioxide at trapping heat in the atmosphere, “ according to the EPA, making it a poor choice for sustainable rocket engines. Musk told his company shareholders not to, ”worry too much about methane,” explaining his stance by adding that, “Methane quickly breaks down into CO2,” adding, “Methane is not a stable molecule, CO2 is extremely stable.”

Of course, it bears pointing out that while methane clears out of the atmosphere in about 12 years, according to the EPA, it can do a lot of damage during that time. And as Musk revealed plans to send about 1,000 rockets to Mars in order to populate it, the amount of methane emissions could be tremendous. It’s also true that even if methane breaks down into carbon dioxide, some amount of which can last in the atmosphere for hundreds of years, the harm to the environment could be substantial.

What happens when we get there?

While preoccupied with getting to Mars, scientists are also exploring how humans will survive when we get there. How will we generate the oxygen, hydrogen, and electricity needed for the outposts we’d need to establish to truly colonize the planet?

One example of this research is the work being done by the Japan Aerospace Exploration Agency (JAXA) and Honda, who are co-designing a new “circulative renewable energy system” for human settlements in space, as well as for rovers. The system is designed to make the colonies self-sufficient, without the need for frequent resupplying from Earth.

The researchers are looking into combining a high differential pressure water electrolysis system and a fuel cell system to produce the essentials necessary for sustaining human life using solar energy. The water electrolysis system would employ solar energy to electrolyze water and produce oxygen and hydrogen. The oxygen would be utilized by people while the hydrogen would fuel the transfer spacecraft that would be going to and from the surface of Mars. Both oxygen and hydrogen will be used by the fuel cell system to produce electricity for the outposts and the rovers.