From Livestock to Pets, Technology is Improving the Lives of Animals 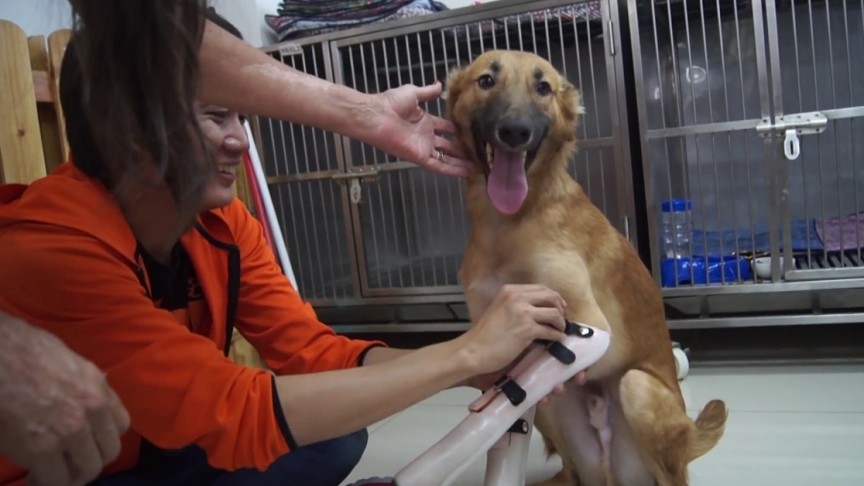 When we think about recent advances in technology, we tend to think about the smartphone in our pockets, the increasingly advanced computers in the cars that we drive, or the medical advances like CRISPR gene-editing.

While it’s easy to think about all the ways technology has benefited humans, major technological advances have improved the lives of animals in many important ways, from simple Pet Tech and animal prosthetics to lab-grown meat which may one day enable us to abandon the slaughtering of animals for food altogether.

Pet Tech is Improving the Way Our Pets Live

For most of us, the introduction of pet tech has been a gradual one, so it’s possible that we don’t even realize what a difference technology has already made in the lives of our pets. It wasn’t that long ago that animals didn’t receive implanted microchips that allowed lost pets to be found and returned to their families, but now it is so common that we barely think anything of it.

RELATED: TEST TUBE STEAKS AND BUG DUST: WELCOME TO THE FUTURE OF FOOD

Not just microchips either, but collars and other similar accessories allow us to track our pets, monitor their health, and even measure how active they’ve been.

Pet tech isn’t just for our peace of mind, however. New improvements in animal prosthetics enable animals who suffer otherwise crippling injuries or diseases that require amputation to recover better than ever.

Now, a whole new generation of animal prosthetics are restoring mobility to animals in a more natural way, giving them back the ability to play and be as active as they were before. A couple of years ago in Thailand, a dog named Cola did what all dogs like to do, he chewed on a shoe he found. Unfortunately, the man who owned the shoe attacked Cola in a rage with a sword, hacking off the lower portion of Cola’s two front legs.

Taken in by a Thailand-based animal welfare non-profit, the Soi Dog Foundation, Cola spent several months in recovery from his injuries, but when he had healed, the technicians at the Soi Dog Foundation were able to fit Cola with animal prosthetics, his reaction to his new legs has been widely shared online, for obvious reasons.

The planet is suffering what may be it’s sixth mass extinction event owing to various human activities from human-caused climate change to animal poaching and habitat loss. While technology plays a part in this tragedy, it has also been used as a tool of conservation, enabling conservationists ways to protect endangered animals in ways their predecessors would have found miraculous.

For the past few decades, animal sanctuaries in many African nations have fought a losing battle with poachers who kill endangered elephants and rhinoceroses for their tusks and horns. As species were threatened with or even driven to extinction by the rampant poaching, there have been precious few victories to celebrate, but that may be starting to change.

Drones have begun flying over the vast parks that were once full of poachers operating with almost complete impunity, and the tide began to turn in the endangered animal’s favor. In South Africa, Zimbabwe, Botswana, and other nations across the continent, “Bathawk” drones patrol the sky over parks and reserves, identifying poachers from miles away before they have a chance to get within range of a herd and have been especially effective at night, when poachers once faced no resistance whatsoever as helicopter-borne anti-poaching patrols were grounded.

“There are naysayers who say it can’t work and it doesn’t work, and I say…please tell me what alternative there is at night?” said Otto Werdmuller Von Elgg, co-founder of the South African-based anti-poaching company UAV Drone Solutions (UDS). “Because the alternative is that you go to bed, and then you wake up in the morning and count the corpses.”

The conservation non-profit Lindbergh Foundation, meanwhile, is partnering with the technology company Neurala to use the company’s deep-learning neural networks to improve Lindbergh’s drone-based Air Shepherd program. By using the extensive amount of drone footage available, the company’s AI will be able to identify herds of elephants, rhinoceroses, and poachers, day or night, and relay that information back to controllers who can interdict their poaching before they can kill any endangered animals.

Thanks to the use of drones, there has been a sharp reduction in elephant and rhino poaching, and in some cases, it has stopped altogether.

How New Meat Alternatives Can Stop Animal Slaughter for Good

It is not unnatural for humans to eat the meat of animals for sustenance; meat has been part of our diet for our entire time on this planet, and the animals it came from did not give it up willingly. Most of us, myself included, eat meat on a fairly regular basis and we really don’t try to think too hard about how it came to be on our market shelves.

To meet our demand for cheap animal protein, so-called factory farms have industrialized meat production in ways that produce large quantities of inexpensive meat for consumers, but there is a growing awareness of the barbaric levels of animal suffering involved. Nearly half of all Americans want to ban slaughterhouses entirely, but making the personal sacrifice to adopt an animal-free diet won’t stop the industrialized process that turns billions of animals every year into meat.

To do that, you would need a critical mass of citizens to decide together to outlaw slaughterhouses and factory farms, which will necessarily mean drastically reducing our meat consumption, if not giving it up entirely. So far, convincing that critical mass, not just to give up meat themselves but to force hold-outs to as well, is currently an impossible task.

That is the challenge scientists and engineers are developing new technology to overcome. Plant-based proteins have been around for ages, but until now, none have ever been able to recreate the taste and texture of animal protein, and it is this quality to meat that makes it so hard for some people to give it up. 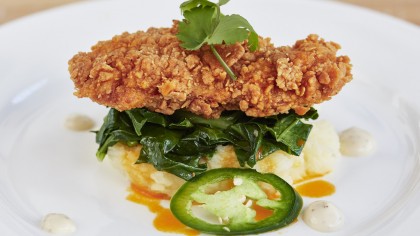 Beyond Meat and Impossible Burger have already started introducing new plant-protein alternatives to food markets that successfully mimics the taste and textures of ground beef and sausage, and with Beyond Meat’s upcoming IPO this week, the company expects to expand to even more stores with more products. Meanwhile, Memphis Meats, Just, and others are getting ready to introduce lab-cultured meat products to markets in the next year or two. Cultured meats use stem cells sampled painlessly from an animal as a seed to generate an endless supply of animal protein identical to the kind we buy at the store. Since cultured meats are animal protein, they naturally possess the taste and texture of meat taken directly from animals, defeating all but the most stubborn meat eater’s objections.

By creating meat alternatives that recreate the taste and texture of the meat that people enjoy so much, these technologies aren’t just creating a cruelty-free food product. With readily available alternatives that are indistinguishable from animal-sourced meat, there is the real possibility of building popular support for ending animal slaughter entirely.

Our demand for meat incentivized the use of technology to industrialize animal slaughter in the first place, but now that same demand may be fueling the technology that will end our 200,000-year-old practice of killing animals for food altogether, and I can’t think of a more radical improvement for animal kind than that.