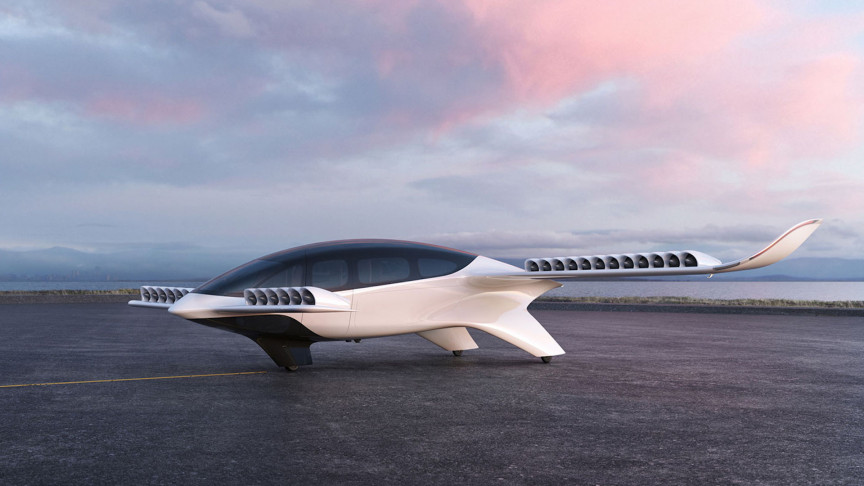 At this point, flying taxis taking to the skies of our cities is more of a ‘when’ instead of an ‘if’. The much-hyped eVTOL revolution is now another step closer with German firm Lilium unveiling its latest aircraft design.

The sleek piloted aircraft, pictured above, has seven seats and an approximately 150-mile (240 km) range. Flying at a cruising speed of 175 mph (280 km/h), the new Lilium aircraft will be able to handle long trips between cities as well as short trips within urban areas.

In the press statement for their new design, Lilium says it is planning a “launch network” in Florida, “with up to 14 vertiport development sites confirmed, to be built and operated by Lilium’s infrastructure partners.”

In November of last year, Lilium announced that it is planning to potentially build a 56,000-foot² (5,200 mt²) transportation hub in Orlando, Florida.

The company also says commercial operation of its flying taxi services could start as early as 2024.

Lilium’s aircraft is powered by a series of small electric jet engines integrated into the vehicle’s wing flaps. The design allows for a lower noise profile, as well as advantages in payload and aerodynamic efficiency, the company says.

“Our vision is to create a sustainable and accessible mode of high-speed travel and bring this to every community,” Daniel Wiegand, co-founder, and CEO of Lilium says in the press release.

“Transport infrastructure is broken. It is costly in personal time, space consumption, and carbon emissions,” Wiegand continues. “We are pursuing our unique electric jet technology because it is the key to higher-capacity aircraft, with a lower cost per seat mile while delivering low noise and low emissions.”

In a further bid to meet their goal for commercial operation by 2024, the Munich-based startup also announced a partnership with San Francisco-based Qell Acquisition Corp., saying the move “provides Lilium with access to capital and industry experience. Supports the planned launch of commercial operations in 2024.”

When the Qell Acquisition Corp. deal is finalized in the next three months, the combined company will begin trading on the Nasdaq stock exchange.

Lilium is one of several companies looking to kickstart the eVTOL flying taxi market, which could revolutionize the way we travel between — and within — cities. Another German startup, Volocopter, recently announced it will start its services “within two years.”

Time will tell whether the eVTOL industry truly takes off. Work is still needed for Lilium, whose first prototype jet burst into flame on test flights only a year ago. Still, Lilium’s new partnership is expected to result in initial funds totaling around $1.2 billion, meaning it will certainly have the funds necessary.