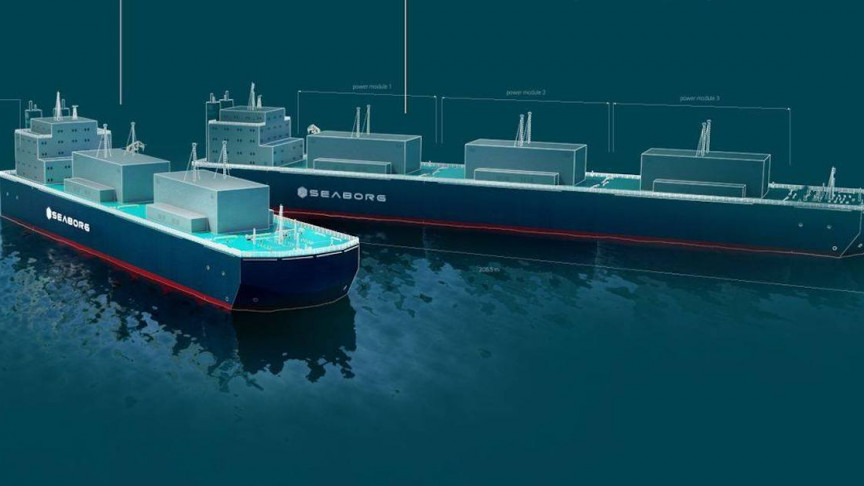 Danish nuclear energy company Seaborg announced it recently passed a feasibility test by the American Bureau of Shipping (ABS) which brings it one step closer to bringing its floating nuclear reactor project to fruition.

In a press statement, the company’s co-founder and CEO Troels Schönfeldt called the step “an important milestone towards [its] ambitious target to deploy the first commercial power barge by 2025.”

Seaborg’s Compact Molten Salt Reactor is designed to be installed on modular power barges that can be transported straight to any country with attached to the sea to provide clean energy.

Seaborg’s plan is to deliver clean and affordable energy in the form of floating power barges, starting with growth regions such as South East Asia.

ABS’s maritime assessment will allow shipyard production of the floating nuclear power barges, which can be towed to their final destination before being plugged into the power grid.

“The maritime approach reduces time, project risk, and cost dramatically. We can leverage a highly efficient manufacturing industry with decades of experience, high safety standards, and a production capacity unlike any other,” says Troels Schönfeldt.​

‘Hundreds of reactors every year’

Over those reactors’ lifetimes they will offset a minimum of 33,600,000 tons of CO2 compared to an equivalent coal power plant, the company says in its statement.

“The world needs energy, but we also need to decarbonize. With a highly competitive product, using existing production capacity, we can deploy hundreds of reactors every year – we are geared for global impact,” says Troels Schönfeldt.​

The feasibility test is only the first step for Seaborg towards passing the ABS New Technology Qualification (NTQ) process. Though the feasibility test is an important milestone, the bureau will continue to assess Seaborg’s technology through the engineering, construction, and operation phases before deeming it seaworthy.