Flashback: the Motorola Droid started a proxy war with the iPhone 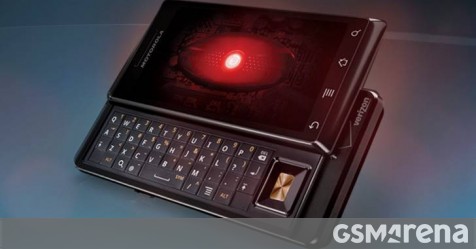 This is a story of rivalry between former partners  Motorola vs. Apple, Verizon vs. AT&T. Weve already covered the first iTunes phone, the Moto ROKR, Steve Jobs could barely hide his contempt for the device when showing it on stage.

This union was dissolved quickly as the team at Cupertino went on to make their own phone. A phone they will sell exclusively through AT&T. The carrier enjoyed an influx of new customers as the carrier was the only place you could buy the desirable iPhone.

Verizon customers couldnt get in on the action until the iPhone 4 due to a technical limitation, the 4 was the first to support CDMA networks. By the way, if youre not familiar with the story of Ma Bell, it had a monopoly on the US phone market until 1984 when the Justice Department broke it up into several companies (actually, there were several break-ups, but that’s beyond the point here). Those Baby Bells would eventually form AT&T and Verizon, among others. 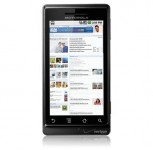 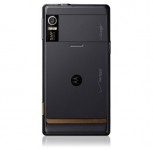 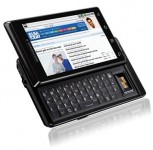 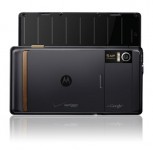 The Motorola Droid for Verizon

Back to todays story – Verizon needed its own halo phone that would have customers lining up to sign a new contract  a whole line of phones, in fact, for which it licensed the name Droid from Lucasfilm.

We will focus on one model in particular, the Motorola Droid (the rest of the world knows this as the Milestone). In 2007, the original iPhone reached the 1 million units sold mark in 74 days. In 2009, the Droid would sell 1.05 million units in 74 days  only a bit more than the Apple phone, but it was a victory nevertheless.

And Droid did. The keyboard was a full slide-out QWERTY in the vein of the T-Mobile G1, though instead of a trackball it had a D-pad. It was comfortable offering great tactile feedback and enabling fast typing. The lack of a number key was an issue, but only a small one.

There was a virtual keyboard available on the 3.7 screen for quick texts, for longer you would slide open the hardware one and begin typing. Its a shame that the phone didnt come with an Office document editor, only a viewer, but you could buy one if you needed it.

There was one iDo thing that Droid Didnt  multi-touch. We mentioned that in the Nexus One Flashback too, it was a patent issue. That was cleared up eventually and the Android 2.1 Eclair update enabled pinch to zoom in the Browser, Gallery and Google Maps.

The browser gained pinch zoom support with the Android 2.1 update

The Moto Droid originally launched with Android 2.0. That was a pretty big deal as previous versions of the OS were limited to 65K colors, v2.0 enabled proper 8-bit support for 16 million colors. The 3GS already had a 16M color screen, so that was more of an advantage over previous Androids.

What else? The Motorola Droid did in fact have a removable battery, 1,400mAh in capacity. And it had a microSD slot, something that Apple never allows on its pocketable gadgets. The battery did block the microSD slot, so you couldnt hotswap cards, but thats a minor issue.

And yes, Android has supported widgets since Day 1 and allowed a fair bit of customization. Speaking of, the Motorola Droid ran pure Android (Verizon also had a partnership with Google going on), however, the Milestone, the international version, was running the custom MotoBLUR user interface.

Android offers widgets and other customizations

Despite its multitasking skills, the Motorola Droid was not exactly a powerhouse  in fact, in terms of computing power it was an almost perfect match for the iPhone. Both used a Cortex-A8 single-core CPU, the Moto ran it at 550MHz, the Apple phone at 600MHz. Both had PowerVR graphics, SGX530 for the Moto, SGX535 for the iPhone. And both had 256MB of RAM.

Things were ever so slightly in favor of the iPhone so the multitasking thing was a platform limitation by iOS, not a hardware one. A choice that would change the following year, actually everything changed after 2010.

As we said, the iPhone 4 was the first to have a CDMA model  that actually came out in February of 2011, even though the GSM version was out in June 2010. iOS 4, released in 2010, supported limited multitasking, a feature that was back-ported to the 3GS.

Motorola made the most Droid phones with HTC contributing a few and Samsung just the one. Again, this whole Droid business was a Verizon license, but after the carrier got its own iPhone, it dialed down the iDont marketing.

Not that the Droid brand faded out of existence immediately after the CDMA iPhone hit the market, in fact the Droid 2 and Droid X helped Motorola score a nice profit. This short-term success wasnt enough to keep Motorola afloat, however, and in August of 2011 Google announced that it would acquire Motorola Mobility for $12.5 billion.