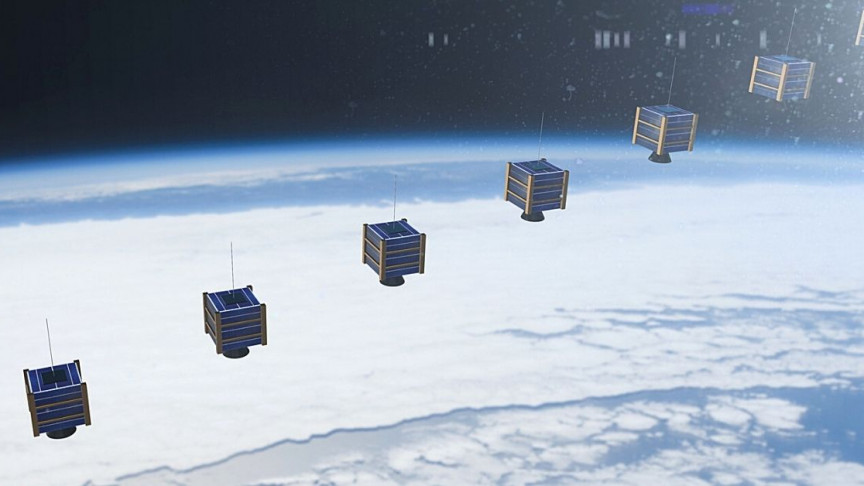 Built using a combination of 3D printing and hydrothermal growth of zinc nanowires, the new thruster is the first to produce pure ions from the ionic liquids used to generate propulsion, an MIT press release explains.

For all intents and purposes, the thrust generated by the researchers’ device — which is measurable on the scale of a few tens of micronewtons — is actually minuscule.

However, in the frictionless environment of space, a CubeSat or similarly small satellite could use such thrusters to accelerate or maneuver efficiently for years.

RELATED: 17 FACTS ABOUT INTERSTELLAR TRAVEL THAT WILL HAVE YOU DREAMING OF SPACE

“If you want to be serious about developing high-performance hardware for space, you really need to look into optimizing the shapes, the materials, everything that composes these systems. 3D printing can help with all of these things,” he says.

How the ion thruster works

In a paper published in the journal Additive Manufacturing, the researchers describe how their miniaturized ion thruster operates electrohydrodynamically by producing a fine spray of accelerated, charged particles from a type of liquid salt called ionic liquid.

A 3D-printed body holds a reservoir of ionic liquid along with a “miniature forest” of emitter cones. These emitter cones are coated with zinc oxide nanowires hydrothermally grown on the cone surfaces.

As per the researchers, the nanowires essentially act as wicks as they transport the liquid from the reservoir to the emitter tips. A voltage is then applied between the emitters and a 3D-printed extractor electrode in order to eject charged particles — an electrospray — from the emitter tips to enable propulsion.

Typically, an electrospray produced from ionic liquids contains ions as well as other species made of ions mixed with neutral molecules — making MIT’s pure ion propulsion a world-first.

The researchers say their pure ion jet was actually a surprise result of their design, and they aren’t entirely sure how it was produced — though they posit that the zinc nanowires are “the secret sauce.”

“We believe it has something to do with the way the charge is injected and the way the fluid interacts with the wire material as it transports the fluid to the emission sites,” Velásquez-García explains.

The researchers believe that their new design can help companies get many years of use out of the hardware that they send into space by making propulsion through space incredibly efficient.