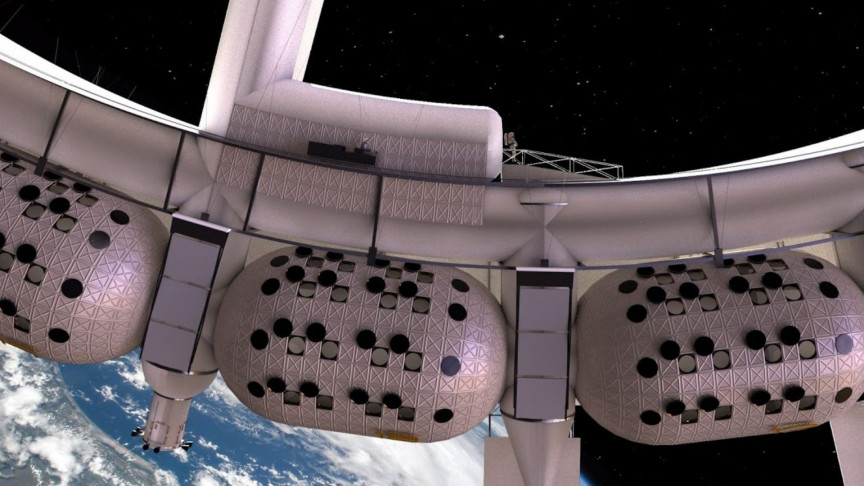 The Orbital Assembly Corporation, a space construction firm run by NASA veterans, announced in a press statement today, June 24, that it has successfully demonstrated its technology for developing the world’s first space hotel.

The company carried out the demonstration during the official opening of its Fontana, California Facility, which will serve as its main headquarters as it aims to make luxury space holidays a reality before 2030.

Orbital Assembly, which pegs itself as the “first large-scale space construction company,” is developing semi-autonomous robot builders that will eventually be sent to space to build large-scale structures, such as its planned Earth-orbiting space hotel.

The firm’s goal is to build the Voyager Space Station (VSS), a circular luxury space hotel with a diameter of 650 ft (200 m) and simulated gravity similar to the levels seen on the Moon.

The company has just shown off one of the technologies that will allow it to build large structures in space, Demonstrator Structural Truss Assembly Robot (DSTAR) fabricator.

“Watching the DSTAR assemble the six-ton truss framework and expand to the length of a football field as it will in space was a thrill for everyone,” Alatorre continued. “We are on track for our first mission launch deadline scheduled for 2023.”

On Twitter, the company posted that its demo was a resounding success and that it will share more details on the technology shown off at the event in the very near future.

The Voyager space hotel is designed to provide luxury and comfort to guests, with one of those comforts being artificial gravity. The large space structure will simulate gravity by slowly rotating.

With the DSTAR fabricator demonstration out of the way, Orbital Assembly next aims to launch the Prototype Structural Truss Assembly Robot (‘PSTAR’) to low Earth orbit as part of an ambitious mission in 2023.

The ‘PSTAR’ will assemble 52 meters (156 ft) of truss in a circle to form a ring, which will serve as a prototype for the Voyage space hotel.

Within that circle, four onboard propulsion modules will use thrust to spin the ring. If all goes to plan on that mission, Orbital Assembly will have demonstrated, for the first time ever, lunar levels of artificial gravity achieved in space.

It will be the first large-scale demonstration of rotation used for artificial gravity in space — a technology that has also been proposed to one day enable a large off-world colony orbiting the dwarf planet Ceres.

Orbital Assembly hopes to have the Voyager space hotel operational by 2027. At that time, the company says guests will have access to a wealth of amenities such as health spas, gyms, themed restaurants, Earth-viewing lounges and bars, and even concerts in space.

The company says the space hotel will be able to house up to 400 guests at a time, and that it will also welcome international space agencies wanting to carry out artificial gravity experiments.

Though Orbital Assembly has not revealed how much a spacecation would cost, it goes without saying that it won’t be cheap.

As a point of reference, Sir Richard Branson’s Virgin Galactic aims to make space “more accessible” with tickets costing approximately $250,000 for a single flight into space on its VSS Unity spacecraft.

As space travel is far from being risk-free, jealous earthlings can argue that society’s wealthiest will serve as guinea pigs for a time when space holidays, hopefully, become a little more affordable — though that may be generations from now.