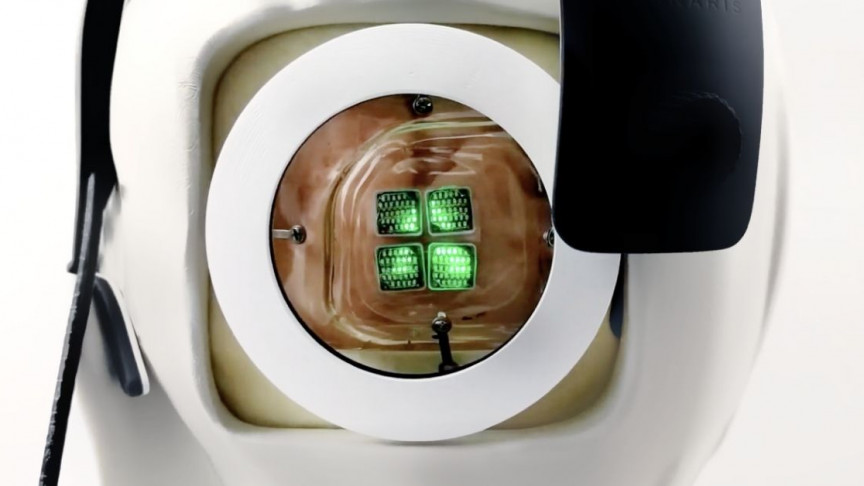 Among all the devices that aim to help blind people or people with limited vision, this one might serve as the most functional so far. No, it hasn’t been tested on humans yet, but it’s ready to be.

Researchers from Monash University developed a cortical vision device that will hopefully restore people’s vision who are clinically blind. It is reportedly tried on three sheep back in July and turns out it was performed well without any adverse health effects.

The recent project is referred to as the world’s only project that was worked on for more than ten years. So this one might go a long way.

RELATED: 9 PIECES OF BIONIC TECH THAT WILL MAKE YOU SUPERHUMAN

Called “Gennaris bionic vision system”, it has a way of working by bypassing the damage that occurred in optic nerves which blocks the signals from being transmitted to the vision center in the brain.

It may look easy to tell, but the process sounds quite amazing given the ten years of work. The system basically includes headgear with a camera, a wireless transmitter, a vision processor unit and software, and a group of tiles. And for your information, tiles are implanted into the vision-impaired person’s brain.

The camera captures the scene and sends it to the vision processor, which is as big as a smartphone and the scene is processed to get the necessary information. Next, the processed information passes to complex circuitry within the implanted tile, through the wireless transmitter. “This will convert the data into a pattern of electrical pulses, which will stimulate the brain via hair-thin microelectrodes,” it was explained by the university.

“Cortical vision prostheses aim to restore visual perception to those who have lost vision by delivering electrical stimulation to the visual cortex – the region of the brain that receives, integrates, and processes visual information,” Professor Lowery said.

If it goes further, the project will expectedly help different conditions, one of them being limb paralysis.

“With extra investment, we’ll be able to manufacture these cortical implants here in Australia at the scale needed to progress to human trials,” Professor Rosa added. Hence, funding is still needed to make a difference.