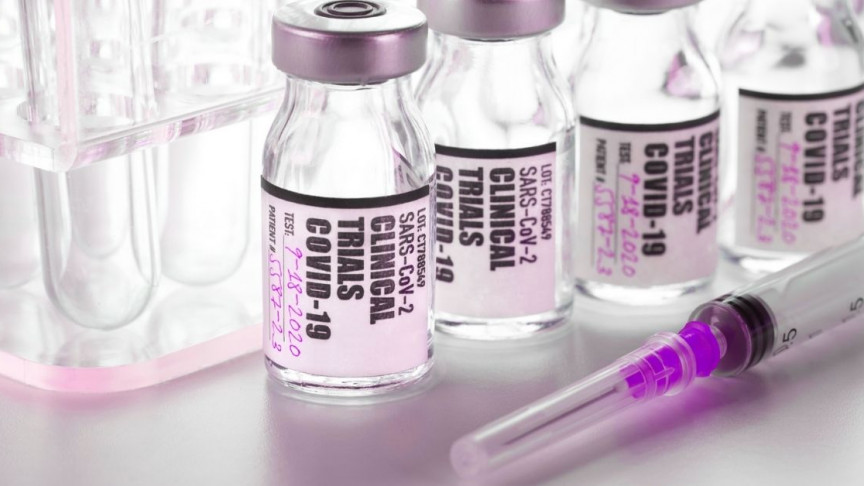 The Food and Drug Administration confirmed the safety and effectiveness of Moderna’s two-dose coronavirus vaccine for adults on Tuesday morning — opening the door for a second means of fighting the virus in the U.S. later this week, according to a briefing shared on the FDA’s official website.

An independent advisory panel to the FDA will meet this Thursday to vote on the Moderna vaccine, after which it will send a recommendation to the agency. The shot is slated for authorization this Friday.

The same panel voted for approval at 17 against four last week — with one voter abstaining — to authorize the Pfizer/BioNTech vaccine. Moderna’s vaccine should become a crucial addition to the national supply. The U.S. government doubled its order in a contract with the Massachusetts biotech company last week, to ensure 200 million doses are delivered by summer 2021.

Nearly 6 million doses of Moderna’s vaccine will ship to 3,285 sites throughout the U.S. in the first week, according to a Monday statement from Chief Operating Officer General Gustave Perna, Politico reports.

U.S. officials have said there will be enough doses this month to inject 20 million Americans — with Pfizer and Moderna’s coronavirus vaccines combined.

Both shots are based on mRNA technology, which instructs cells to produce antibodies capable of fighting and defeating a COVID-19 infection. Moderna’s vaccine shows a 94% effectiveness rate after both doses are administered — and shows significant improvement in patients suffering from severe illness, according to the data — which shows all 30 cases of severe COVID-19 cases in participants came from those who received the placebo, and none of those from the vaccine arm of the procedure.

With the recent authorization of the Pfizer vaccine in the U.S., and Moderna’s almost guaranteed to follow in days, it’s tempting to take the relative convenience for granted. But meanwhile, in Europe, there are concerns about the local availability of vaccines..

The chief drug regulator of the European Union (E.U.) is aiming to accelerate the continent’s review of a COVID-19 vaccine after consistent pressure from several governments to authorize the shot as the E.U. fights to contain a new wave of cases before the holidays enter full swing.

On Tuesday, the European Medicines Agency said it would meet on Dec. 21 — eight days sooner than scheduled — to consider authorizing the Pfizer/BioNTech shot, the Wall Street Journal reports.

Once the vaccine receives authorization in Europe, it will take days to ferry the massive quantity of doses throughout the continent, which means vaccinations — in at least some countries — might come before Xmas.

The medical agency and several national governments have said a meticulous review is needed to give the public confidence in the shot — crucial in a time of growing skepticism about vaccines in the E.U.

However, some E.U. leaders have grown frustrated at the ostensibly slow pace of vaccine review as the death toll from the coronavirus soars higher.

During an E.U. summit last week, at least three government leaders lodged complaints about the difficulty in explaining to their citizens why the U.S. and Canada were receiving a Europe-made vaccine before the continent, said officials familiar with discussions, according to WSJ.

“I hope that the EU too will get quick and unbureaucratic approval of the first vaccines while observing all scientific standards,” said Austrian Chancellor Sebastian Kurz to the WSJ. “The earlier we in the EU are able to start vaccinating, the better. Because every day of the pandemic in Europe means thousands of deaths, severe economic damage and innumerable people who must fear for their jobs.”

Meanwhile, the Peruvian government suspended its trial of a major coronavirus vaccine from China after a participant experienced serious medical complications — while the country claims it will start shipping shots in the next three months, The Independent reports.

While the Pfizer COVID-19 vaccine (and likely also Moderna’s) ship in the millions before the month is out, other global regions are still waiting for their first authorization of candidate shots — which means much of what we see in the U.S. and Canada in the coming weeks will likely be reflected as the E.U. and other regions play catch-up the mass vaccinations of their respective citizenries.