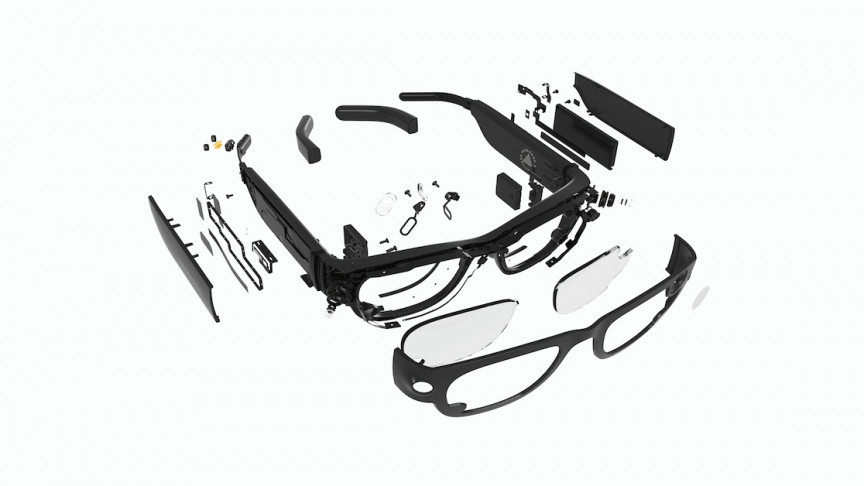 True augmented reality may be at least five years away. Well, this is what Facebook’s chief scientist believes. Rumors, speculations, and developments in emerging technologies like artificial intelligence, and recent product reveals have added a new breath of life to the world of augmented reality.

Augmented reality has slowly made its way into our daily lives over the past couple of years, changing the way we shop, play games, and even learn. Nonetheless, AR’s slow adoption can be attributed to the fact that it is still in its “novelty faze”.

Technology still needs to be created that facilitates augmented reality’s evolution into the disruptive technology that we all know that it can be. Facebook’s recent unveiling of its current long-term plan to create augmented reality glasses, and their mapping project, will help them get there.

The tech world is closely monitoring the project, as other major tech brands like Apple are rumored to also be working on augmented reality glasses. Why is this exciting? Aside from having a product that can overlay information on the digital world like something out of your favorite science fiction film, AR glasses could be a device as big as a smartphone. Let’s see what we know so far about Facebook’s path to augmented reality.

Rumors of Facebook and Ray-Ban smart-glasses, code-named Orion, started making the rounds in 2019

For the past couple of years, developments at Facebook have pointed to the eventual creation of augmented reality glasses. A bomb was dropped in 2019 that seemed to confirm these rumors. A CNBC report seemed to indicate that Facebook is partnering with the company Ray-Ban to create a pair of smart-glasses.

The classic glasses manufacturer is owned by the massive glasses manufacturer Luxottica. Code-named “Project Orion,” it was believed that Facebook was struggling to create the right sized frames for their smart device and hoped that Ray-Bay could alleviate some of the design challenges. Supposedly, the biggest issue that Facebook had with the smart glasses was finding the right form factor, something not too bulky. These rumors closely followed other reports by CNBC that Facebook was developing an artificial intelligence voice assistant that would serve as a user input for the glasses, and a ring-gesture device that would also be used to control the Facebook smart-glasses.

An essential part of this journey involved partnering with the UK manufacturer Plessey, one of the only companies that design and commercialize microLED displays.

Have you ever wanted to have superhuman hearing abilities, like Superman? Well, Facebook’s future augmented glasses could actually do just that. In a report published by Facebook, one of the developers of the AR glasses details two impressive technologies that could make their way into the glasses. One of these features would allow you to enhance certain sounds, such as dim noises in the background. Imagine you are in a restaurant with friends and someone nearby is talking a little too loudly. The glasses would keep track of your head and eye movements to figure out the sounds you actually want to hear and the ones you want to filter out.

One of the biggest questions that the public has about AR technology was when will we be able to get our hands on the technology? In a series of exciting announcements during Facebook’s developers event, on September 17, Facebook chief scientist Michael Abrash announced that fully immersive and functional augmented reality glasses are still years off. However, during this same event, Facebook debuted a series of projects that will help them get there.

But what would these glasses look like? Regarding augmented reality, Facebook wants to create a pair of normally-sized glasses that can be worn all day. These glasses would allow you to interact with holograms, digital objects, and information, while still being present in the real-world.

Perhaps they could also allow you to have your friend ‘teleport’ through the digital world into your living room, and greet you in a holographic form. These augmented reality glasses would allow you to interact with your friend’s hologram.

No phone would be required next time you want to capture something live or even send a picture. In fact, Facebook believes glasses like these would help “keep you in the moment”. As mentioned in the Facebook Smart Glasses reveal in September, “There still is a lot of work that needs to be down with these foundational technologies.”

However, the company officially announced that Facebook Reality Labs is currently working on a series of products and long-term projects that will help make everything possible. One of these includes Project Aria.

Gestures will be the name of the game. Subtle and initiative gestures will allow wearers to interact with their glasses. Facebook believes that the glasses could open the door to endless possibilities for changing the way people work, learn, connect, and play in the future. “We now have a line of sight on how we are going to get there,” says Mark Zuckerberg.

As described by Facebook, “With Project Aria, we are building towards a future where our devices disappear into the flow of everyday life, enhance the world around us as we go, and render our devices more human in design and interactivity.”

The Project Aria custom glasses/AI wearable will be able to map the world we live in, both the indoors and the outdoors. Think of it as the natural evolution of the mapping techniques that we use today. Originally, mapping companies used satellites to map the world, then started using cameras mounted on cars, and have even used specialized backpack rigs. Project Aria Glasses are the next step in the chain.

The eventual goal is to one day allow anyone with an AR device to be able to build and use live maps anywhere, and whenever they want to, using the data from their own devices. The Project Aria device is not really a pair of augmented reality glasses, because it would lack a display. It is a research and mapping tool, a critical stepping stone for Facebook reality labs and their eventual augmented reality glasses.

The device will be used to help Facebook Reality Labs bring consumer-ready augment glasses to the market. This R&D device is starting to put together all the necessary building blocks to make this technology a reality. All of this includes the input systems, display system, and spatial audio.

Facebook reality labs even has a team of computational neuroscientists working on non-invasive neural interfaces, unlike Elon Musk’s polarizing and ambitious Neuralink project.

The glasses will be an all-day wearable computer with a powerful mobile-class processor, weighing under 70 grams. The glasses will have Bluetooth and Wi-fi capabilities and will be controlled using a companion application. The glasses can actually communicate with the app using a Bluetooth encrypted link.

Facebook Reality Labs has enlisted the help of Luxottica Group S.p.A, an Italian eyewear conglomerate and the world’s largest company in the eyewear industry: fashion meets technology. The duo plans on releasing the first pair of smart glasses next year.

These will not be AR glasses, yet these glasses are expected to lay the foundation of what is to come; “the next step on the road to augmented reality glasses.” The glasses will be manufactured alongside one of Luxottica’s subsidiaries, Ray-Ban.

The future will be augmented

As mentioned before, Facebook is not the only company racing to get augmented reality glasses into the hands of consumers. Currently, there are six rumored companies working on the tech. Aside from Apple, Microsoft, Bose, Google, and AR Labs are also expected to release some type of augmented reality eyewear in the next 2-5 years. The entire AR and VR market size is expected to reach $210 billion by 2022.

Seamless AR, like the one Facebook is promising, could also change the way medical professionals assess and treat patients, by merging pre-existing technologies like MRIs and CT scans. Customers will be able to “try-on” clothing items without leaving the comfort of home, in a matter of seconds. A fully mapped world for augmented would bring games like Pokemon Go to another level, overlaying any manner of created worlds on top of our own.

Facebook has said, “The way we work, play, learn, and connect” with each other is destined to change if augmented reality reaches its full potential. Facebook has some big plans in the pipeline. It will be interesting to see how their products, including their smart glasses, will match some of the other competitors and if they deliver on their promises.

Would you invest in a pair of augmented reality glasses, and if so, why?