FAA Approves Commercial Drone Use at Night in the US 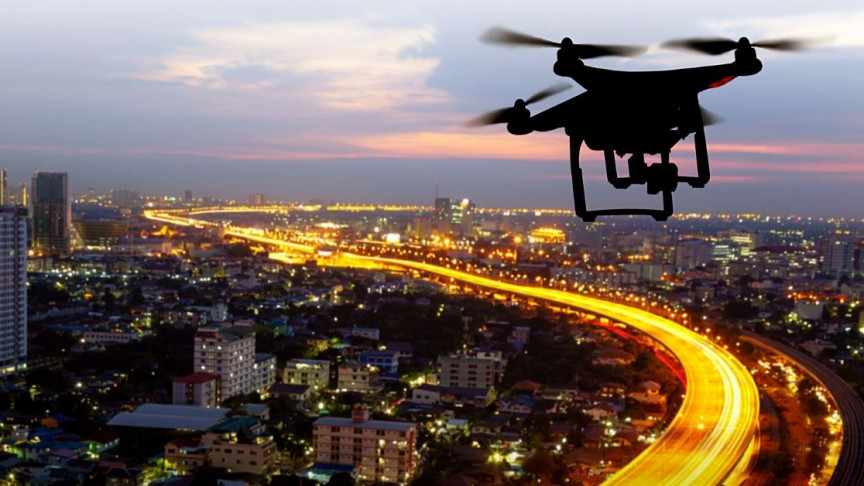 The Federal Aviation Administration (FAA) has agreed to allow drones to fly over people day or night under a new ruling. A significant step towards commercial deliveries in the U.S., drones will be expected to carry “digital license plates” to comply with FAA requirements.

Drones will be required to have digital IDs

A press release from the FAA yesterday has unveiled their ruling for the use of Unmanned Aircraft (UA) throughout U.S. airspace. At the core of these new rules, the FAA requires drones to have “Remote Identification (Remote ID)”.

Through these rules, drones will now be able to fly over people day or night under certain conditions sol long as they can be identified from the ground at a distance.

Prior to this new ruling, small drones could only operate directly over the people controlling them, were located under a covered structure, or were inside a stationary vehicle unless a waiver could be obtained.

“These rules come at a time when drones represent the fastest-growing segment in the entire transportation sector – with currently over 1.7 million drone registrations and 203,000 FAA-certificated remote pilots,” said the FAA in its press release.

The requirement for remote ID will, the FAA claims, help reduce the risks associated with expanded drone operations like flying over people at night. They also enable support for the technological and operational innovation within the industry going forward.

This will open the door for commercial drone operations in the U.S.

The Remote ID requirement applies to all operators of drones that require FAA registration. There are three ways to comply with the operational requirements:

1. Operate a standard Remote ID drone that broadcasts identification and location information of the drone and control station;

2. Operate a drone with a Remote ID broadcast module (maybe a separate device attached to the drone), which broadcasts identification, location, and take-off information; or

3. Operate a drone without Remote ID but at specific FAA-recognized identification areas.

These rules apply to all drones over 0.55 lb (0.25 kgs) or more but are also required for smaller drones under certain circumstances — like flying over open-air assemblies.

The integration of Remote ID technology on drones builds on the FAA’s prior steps to help the drone industry make provisions for the safe operation of drones, and also helps remove the prohibition of flying drones over people at night unless a waiver could be obtained.

“The new rules make way for the further integration of drones into our airspace by addressing safety and security concerns,” said FAA Administrator Steve Dickson in the press release. “They get us closer to the day when we will more routinely see drone operations such as the delivery of packages.”

The new FAA rules require that small drone operators also have their remote pilot certificate and identification in their physical possession when operating, and ready to present to authorities if challenged.

It also expands the class of authorities who may request these forms from a remote pilot.

This new rule also replaces the need to complete a recurrent test every 2 years with the requirement to complete updated recurrent training that includes operating at night in identified subject areas.

According to the press release, both rules will become effective 60 days after publication in the Federal Register in January 2021. The Remote ID rule also includes two compliance dates.

This will come as welcome news for many businesses in the U.S. already working on building and operating, drone fleets in the future.