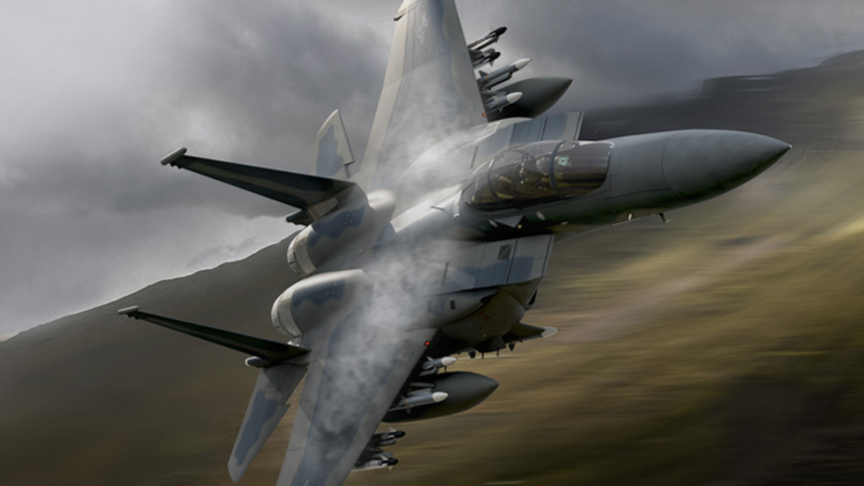 The U.S. Air Force’s newest fighter jet, the F-15EX fired its first missile during an air-to-air weapons system evaluation program, an institutional press release said. This marks an important milestone for the aircraft that is designed to replace the aging F-15 Eagles.

Developed and built by Boeing, is a two-seat aircraft, that can also be flown by a single pilot, Business Insider reported. Apart from the fly-by-wire controls, advanced avionics, and digital cockpit displays, the aircraft boasts of advanced sensors and radar that offers a full spectrum of protection and an enhanced and unmatched weapons carriage built not just for advanced hypersonic missiles but also to engage in electronic warfare.

The F-15EX Eagle II also uses Open Missions Systems architecture that increases the pace of digital technology insertion in the future while also using the same infrastructure, support equipment as well as up to 80 percent of the same spares used on the aging F-15s, to reduce operational costs and minimize training efforts needed for pilots as well as maintenance crews.

It is barely a year ago, when the F-15 EX Eagle II took its first flight, and in the short time since has managed multiple deployments without any major issues. According to the military press release, the fighter aircraft was first sent to the Northern Edge, Alaska where it was pushed to its limits in a multi-service exercise, following which it underwent flight and ground testing to verify survivability in various electromagnetic environments.

Issues identified in the aircraft’s Suite 9 software system were quickly resolved to make a more mature and stable product after which it was deployed at the Nellis Air Force Base where its air-to-air dominance was put to test through exercises.

The 40th Flight Test Squadron recently tested its firing capabilities during a weapons system evaluation program (WSEP), Combat Archer, conducted on a monthly basis at the Tyndall Air Force Base that also provides trainee pilots their first live-fire experience. During the test, the F-15 EX detected a BQM-167 aerial drone using its onboard sensors, acquired a weapons-quality track, and fired an AIM-120D missile towards the target.

In addition to the weather, safety precautions, and aircraft settings, the crew also had to fly at specific test parameters when firing to ensure that appropriate data can be collected. After analyzing the missile’s release and flight towards the drone, the missile flight was terminated, the press release said.

The successful firing brings the F-15 EX a step closer to deployment with combat units. While the US Air Force had initially ordered just eight of the Eagle IIs, it is expected to acquire 144 units to replace the F-15 C/Ds, which are on average four decades old, Business Insider reported.