Everything to Know About the Helicopter Flying on Mars 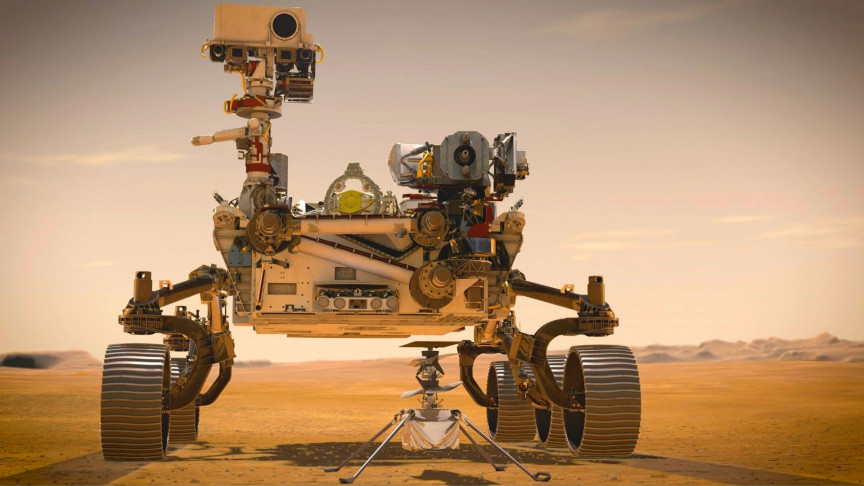 NASA’s Perseverance rover made a perfect Thursday landing on Mars and began its historic mission to seek out signs of ancient Martian life amid the ancient delta in the Jezero Crater. But the rover has a trick up its sleeve: The first (tiny) helicopter on Mars, called Ingenuity.

Everything you need to know about Ingenuity’s flight on Mars

As a mission, Ingenuity is a test flight to set a precedent for future missions. But on its own, it doesn’t do much. Weighing roughly 4 lbs (1.8 kg), the tiny helicopter’s successful flight will open the doors for new scientific and commercial interests on Mars.

“The Wright Brothers showed that powered flight in Earth’s atmosphere was possible, using an experimental aircraft,” said Ingenuity’s Chief Pilot Håvard Grip of NASA’s Jet Propulsion Laboratory (JPL), in a statement on the agency’s website. “With Ingenuity, we’re trying to do the same for Mars.”

Ingenuity’s rotors will spin at 2,400 rpm to fly in thin atmosphere

While the rover, Perseverance, is chocked-full of scientific instruments, the Ingenuity helicopter is less endowed and is designed as a separate, self-contained experiment.

To fly in Mars’ extremely thin atmosphere — no joke, it’s 99% thinner than Earth’s — Ingenuity was designed to be extremely lightweight, and stands merely 19 inches (roughly 50 cm) off of the ground.

The tiny helicopter possesses four larger blades composed of carbon-fiber, with rotors spreading roughly 4 ft (1.2 m). Once the flight attempt begins, the rotors will spin in opposite directions at roughly 2,400 rpm — way, way faster than Earth-bound helicopters typically do.

The area of Jezero Crater (where Perseverance landed) the air is cold — with temperatures dropping to 130ºF (-90ºC). Because of this, much of Ingenuity’s power is funneled directly into heating devices to preserve the equipment from a frigid death.

Since Mars is too far away for seamless radio transmission, JPL flight controllers can’t control Ingenuity while it’s in the Martian air. This means commands for flight instructions will be sent in advance — giving the team another little “seven minutes of terror” while they wait to receive a post-flight report from the helicopter.

“This is a technology that’s really going to open up a new exploration modality for us, very much like the rovers did 20 years ago when we flew Sojourner on the first mission to Mars,” said JPL’s Deputy Project Manager for Mars 2020 Matt Wallace, during a NASA news conference.

Ingenuity also has its own camera. Those watching live from Earth will be able to watch the craft’s flights from the rover’s point-of-view, in addition to aerial shots transmitted from the helicopter mid-flight.

Before the tiny helicopter can buzz its way skyward on Mars, it has to pass several tests. Some, like surviving liftoff during its initial rocket launch and then deploying from the unit from the rover, it has already passed.

The tiny helicopter will use solar panels to charge a lithium-ion battery for its 90-second flight. After fully charging, the NASA team will start testing Ingenuity’s flight capabilities. But now that it’s finally on Mars, there’s no rush.

“We don’t have hard specific dates right now because the Perseverance and Ingenuity teams need time to check their robots and we cannot totally predict how long that will take,” said the Supervisor of news events and projects at NASA’s JPL, Jia-Rui Cook, in an Inverse report.

The robotic infrastructure of Earth is a complex web of information gathering, evaluating, and sharing to maintain technological resources for much of humanity. From geo-synchronous weather satellites to drones sent into dangerous areas — Ingenuity’s little flights could set the stage for future autonomous aircraft on other worlds by helping us investigate possible resources, science missions, and locate pristine areas for an eventual settlement.