Everything Samsung announced at Galaxy Unpacked 2020 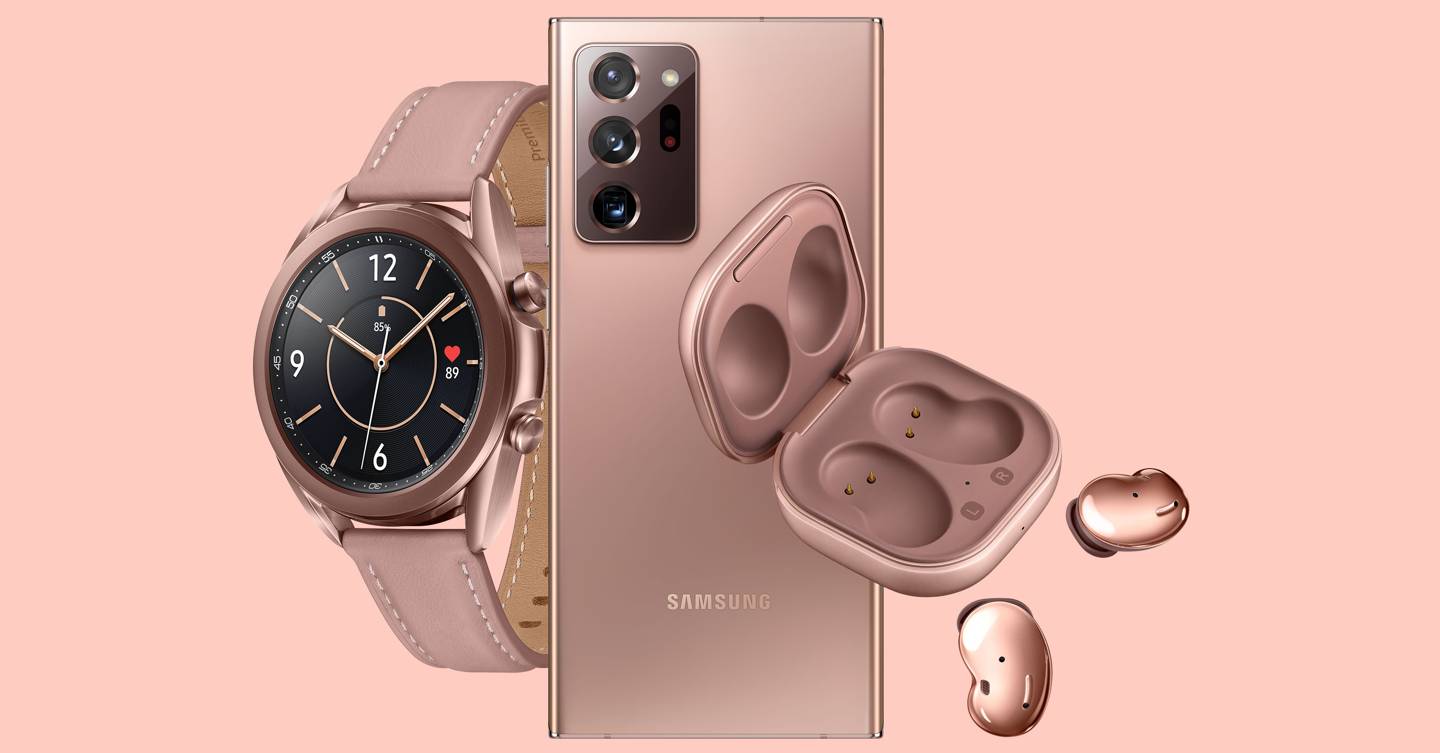 While life might be on pause for many of us thanks to something called Covid-19, the deadly virus hasn’t stopped the Samsung machine from pedalling away on some new gadgetry. Despite Samsung Galaxy Unpacked going virtual for the first time this year, the event was no less flashy than it would ordinarily be.

We were still treated to a heap of new gear that will no doubt get Samsung enthusiasts excited to upgrade their phone. From the Samsung Galaxy Note 20 and Note 20 Ultra 5G to some new Buds Live, a pair of Galaxy Tab S7s and Galaxy Watch 3, here’s everything Samsung announced at Samsung Galaxy Unpacked 2020 below.

When the Galaxy Z Fold launched last year, it was – well, a little less seamless fold and a little more flop. It was clunky, heavy, with a small front display and some Galaxy Folds even broke after just one use. We mostly hated it, to put it bluntly. But to nobody’s surprise, there’s a new folding phone on the scene.

On first appearances, the company’s second attempt at a folding phone looks more appealing than the first, despite using a similar folding mechanism and form factor.

The Z Fold’s 6.2-inch front display makes a lot more sense as a phone than last year’s teeny window and the main tablet display folds out to 7.6-inches. Like the Galaxy Note 20, the Fold 2 will be kitted out with a triple camera lens system. It’ll be available in black and bronze: no price or release date yet.

As expected, we got our first look at the Galaxy Note 20 and the more expensive Note 20 Ultra 5G. The Note 20 has a 6.7in display, up from the Note 10’s 6.3in display, while the Ultra’s display is two inches larger at 6.9in. The refresh rate of the Galaxy Note 20 is a disappointing 60Hz, which is a little underwhelming given the competition, but what is an improvement is the processor. The Note 20 Ultra has been given a performance boost, running on the Exynos 990 processor – faster than the Note 10.

There’s also a fancy new laser focusing system and new camera sensor with phase detection, and as with the S20, the Galaxy Note 20 Ultra comes with ‘Space Zoom’, giving you a combined optical and digital zoom of 100x. The pro video mode can now film in 8K, 24fps, with a 21:9 aspect ratio, and audio capture has also been improved too.

We also saw a welcome upgrade to the S Pen stylus, which now features a more realistic ‘pen to paper’ feel thanks to its improved 9ms latency, versus 42ms on the Note 10.

The Samsung Buds Live are a welcome upgrade on the original Galaxy Buds and Buds+. Thanks to a complete redesign, they don’t stick out as much from the ears for one, and they now include active noise cancelling, as per the AirPods Pro. Internally, the components are now laid out horizontally and there’s three mics onboard.

Overall, the Buds Live look like a genuine potential competitor to Apple’s premium wireless earbuds, and they’re cheaper too. The Buds Live will cost £179 and come in (a very shiny) Mystic Bronze, Mystic White and Mystic Black.

Also announced at Unpacked was a new Galaxy smartwatch which brings it in line with the rival Apple Watch. The Galaxy Watch 3 looks sleeker than the Galaxy Watch 2, with an increased display size of 45mm. It’s also lighter and thinner.

Like the Apple Watch, and indeed watches from the likes of Garmin and Huawei, the Galaxy Watch 3 now has ‘advanced’ health monitoring, which gives you data about the oxygen saturation in your blood – very on-trend but it probably shouldn’t be used for coronavirus detection without medical advice. Samsung’s also added fall detection. On the fitness side, the watch can now analyse your running form and help you adapt your style to help you improve your running efficiency and avoid injuries.

Samsung has made the best Android tablets for a while and the Galaxy Tab line has a couple of new models. The first thing you’ll notice is that the Tab S7 and Tab S7+ are considerably bigger than the Tab S6. The basic Tab S7 display is 11in, while the Tab S7+ 5G has a 12.4inch Super AMOLED display, with a 120Hz refresh rate. Those display sizes are curiously similar to iPad Pro screen sizes.

The front camera has also been shifted so that it sits landscape rather than portrait, which should be much better for those Zoom meetings. As on the Note 20 Ultra, the latency on the S Pen has been improved for the Tab S7 line-up and you can now use three apps at the same time with Multi Active Window.

The Tab S7 will start from £619, while the Tab S7+ starts from £799. Both devices come in either Cosmic Grey or Cosmic Black.