EV Battery Swapping Technology Is Picking Up Speed in US 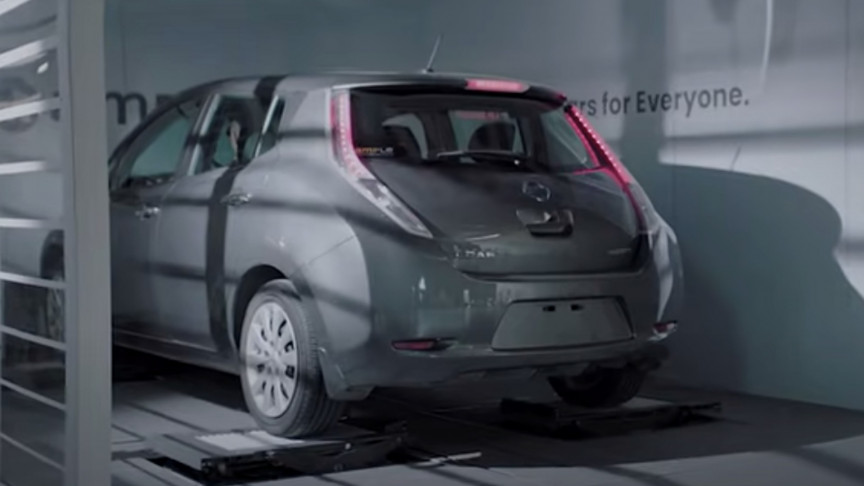 The battery swapping industry has tried to get off the ground for a few years now, with a lot of umm-ing and ah-ing along the way. China’s Nio, a Shanghai-based EV maker, has been leading the way so far. And now, a relatively new contender is picking up speed on the battery swapping front: The San Francisco-based Ample.

Ample’s premise sounds simple, but, in fact, it requires a fair amount of coordination and money.

The startup launched its new EV battery swapping tech in March this year, as ArsTechnica reported at the time. Essentially, EVs drive up to one of its conveniently-located automated swap stations dotted around a city, which only take up two parking spaces, and have their battery swapped for a fully charged one. The entire process is only meant to take 10 minutes.

That all sounds fine and well until you realize that Ample first needs to convince automakers to build their EVs with adapter plates instead of battery packs. These adapter plates are then fitted with Ample-made battery modules, which can easily be swapped at a station.

So far, Ample has been working with fleets of cars, rather than individual automakers, and has already been working with Uber fleets in the Bay Area in San Francisco, swapping the batteries of EVs such as the Nissan Leaf and Kia Niro, reported The Verge.

The Ample team recently managed to raise $160 million for its battery swapping tech, reports The Verge, — a positive move forward, but will that be enough to truly get the tech off the ground in the U.S.?

China, for instance, has been trying to spur on the use of electric vehicles for years, with a big push in battery swapping as a method to quickly and affordably recharge EVs. In doing so, it’s been looking at different charging options, and Shanghai-based Nio is now offering customers its EVs already without a battery.

The point is to entice potential customers to buy one of its EVs at a lower price tag, as batteries can push the cost of an EV up to anywhere from $10,000 to $70,000.

Instead, Nio customers can pay for their battery via a monthly subscription, and after they’ve subscribed, they can easily swap their battery for a fully charged one at one of the company’s automated garages. The price for the EV including a subscription is in line with a regular gasoline vehicle.

Ample is aiming to create a similar shift, and first needs to get EV automakers onboard, like China’s Nio, before forging fully ahead. It’ll have its work cut out for it, as a lot of skepticism around battery swapping tech is still strong, as Spectrum IEEE pointed out earlier this year, but time will tell how it pans out.