EU Proposes Mandatory USB-C on All Devices. What Does It Mean for Your iPhone? 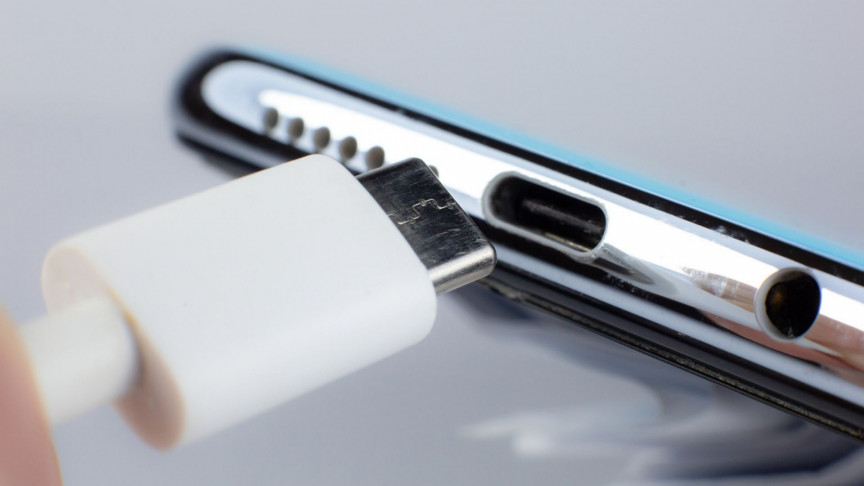 In the year 2009, electronic giants Samsung, Nokia, and Huawei came together and agreed to use a standard charger across their devices. Present at the occasion was a relatively new phone manufacturer as a signatory: Apple. However, the company didn’t go along with the agreement when it debuted its new phones with different charging ports.

So far, things seemed unlikely to change until a new law would come into effect and force Apple to adopt the USB-C charger. And this EU law could be it.

After years of waiting for the industry to agree on a single solution to charge electronic devices, the European Commission has finally put its foot down and mandated that the USB-C port will be the standard in the future. The proposal, which still needs an EU Parliament pass, is not just limited to phones but also extends to a range of electronic devices such as tablets, headphones, portable speakers, videogame consoles, and cameras.

The voluntary signing in 2009 did bring down the number of chargers from 30 to 3, but with 420 million portable electronic devices sold in the EU every year, the problem remains unsolved.

According to a commission report, an average consumer in the EU now owns three mobile chargers. Yet 38 percent of users faced issues because the chargers are not interoperable and more than €2.4 billion are spent annually on standalone chargers with 11,000 tons of waste generated from the disposal of unused chargers.

To address this, the commission has revised the Radio Equipment Directive mandating the USB-C to be the common port and unbundling the charger from the sale of a device. It also requires manufacturers to provide details of charging performance for their devices and harmonizing fast charging technology that will allow consumers to use a single cable to charge all their electronic devices.

Here is a small revolution in our daily lives! Our proposal for a common charger for mobile phones and other devices was adopted today. No more entangled cables in our hallway drawers 😊 #DigitalEU #EndChargerChaos pic.twitter.com/hmLN5vCi2P

The BBC cites a 2018 report to state that 50 percent of chargers sold in the EU had micro-USB ports, 29 percent had a USB-C connector and 21 percent had the Lightning connector, used only by Apple. While most new Android-run phones are already being shipped with the USB-C connector, the proposal will directly affect Apple, which recently announced the iPhone 13 with the Lightning connector.

In a statement, the Cupertino-based company said that strict regulation “stifles innovation rather than encouraging it” and the move “will harm consumers in Europe and around the world.” According to the BBC, the company already has plans in place to make its devices and their usage carbon neutral by 2030 and has argued that this move will force Apple users to discard the cables that they currently use. leading to more electronic waste.

On its part, Apple is already working on reducing electronic waste by removing earphones and charging connectors from its boxes, the company claims. But the recent move has been in the works for a while now and is not a complete surprise for Apple. The company has been preparing for this outcome since its iPads and MacBooks are currently supplied with USB-C ports, which Apple calls ‘Thunderbolt’. So, the only device left out is the iPhone.

The EU proposal will come into effect only 24 months after it is approved by the Parliament. This should give Apple enough time to modify its iPhone. However, the mandate implicitly has space for innovation and adding a highly awaited new feature to smartphones: wireless charging. If Apple chooses not to take the USB-C route just to defy the EU Commission, we would be happy to see them “innovate” there.