Errors Were Deliberately Inserted Into the GPS System 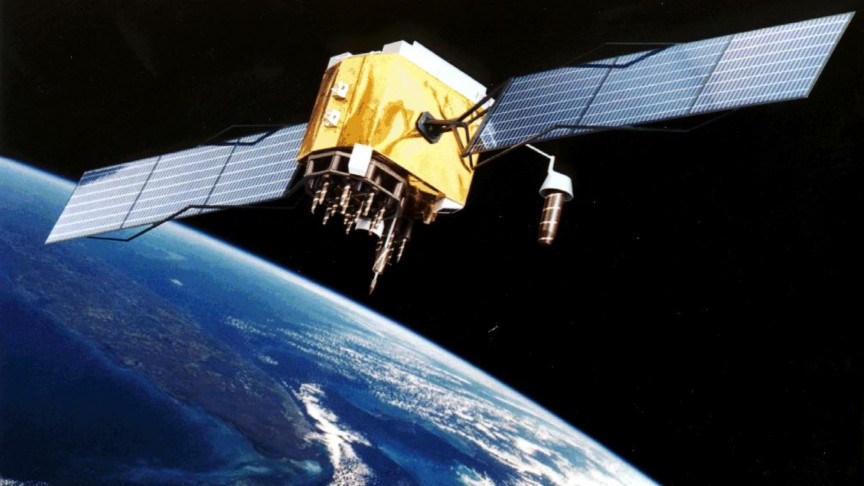 Today, we take GPS for granted. GPS receivers come in everything from cellphones and laptops to cars, boats and even farm tractors, but this wasn’t always the case.

The Global Positioning System (GPS) was created in 1973 by the U.S. Department of Defense (DoD). Originally called NAVSTAR, it was intended to pinpoint the exact locations of military personnel and goods.

The first four GPS satellites were launched in 1978, however, it wasn’t until July 17, 1995 that the system became fully operational. That was because a minimum of 24 satellites had to be launched in order to provide full coverage around the globe.

The military used GPS to pinpoint targets during aerial strikes. Missiles, such as the Tomahawk cruise missile, are equipped with a GPS receiver that constantly calculates the missile’s trajectory during flight, and hopefully, allows for increased precision and decreased collateral damage.

A fudging factor is added

On September 1, 1983, Korean Air Lines Flight 007, a Boeing 747 carrying 269 people, was shot down after straying into the USSR’s prohibited airspace. Reacting to that tragedy, President Ronald Reagan issued an executive order allowing civilian use of GPS, but the U.S. military wanted the version released to the public to be “dumbed down.”

The Department of Defense created two separate GPS services: Standard Positioning Service (SPS) for the public, and Precise Positioning Service (PPS) for the military. The difference between the two systems was that within SPS, a deliberate random error called Selective Availability (SA) was inserted. SA degraded the GPS satellites’ accuracy by around 328 feet (100 meters) by slightly altering the time reported by the satellites’ onboard clocks.

The DoD justified this fudging factor by saying that it was necessary to deny the full capabilities of GPS to potential enemies, and to protect the security interests of the U.S. and its allies.

On May 1, 2000, President Bill Clinton ended SA, saying that “worldwide transportation safety, scientific, and commercial interests could best be served by discontinuation of SA.”

At the time Selective Availability was lifted, the GPS system’s accuracy was to within 16 feet (5 meters). In 2018, GPS receivers using the latest L5 band technology were released, and they can pinpoint a location to an astonishing accuracy of 11.8 inches (30 centimeters). However, high-end users can boost GPS accuracy by using dual-frequency receivers or augmentation systems. These can enable real-time positioning to within a few centimeters, and long-term measurements at the millimeter level.

The U.S. military retains the authority to selectively deny GPS signals, as it did to the Indian military in 1999, during the Kargil War. This writer personally experienced a dropout of GPS while navigating roads in northern Virginia at the same time that the Pope was landing at nearby Reagan National Airport.

Other countries develop their own systems

Because the U.S. can selectively deny GPS service, other countries either have developed or are in the process of developing their own global satellite navigation systems (GSNS). Russia developed its Global Navigation Satellite System (GLONASS) at the same time the U.S. was developing GPS. However, GLONASS wasn’t able to provide complete coverage of the globe until the mid-2000s.

You can add GLONASS to many GPS devices, and this access to additional satellites makes pinpointing locations within 6.6 feet (2 meters) possible. China began its BeiDou Navigation Satellite System in 2018, and it completed its full deployment in 2020.

The European Union provides the Galileo positioning system, India has the NavIC system, and Japan’s Quasi-Zenith Satellite System (QZSS) enhances the accuracy of GPS in the Asia-Oceania region. Japan is scheduled to have its own system, independent from GPS, by 2023.

Each GPS satellite maintains an accurate record of its position and time, and it transmits that data to GPS receivers. GPS satellites carry very accurate atomic clocks that keep time according to the oscillations of atoms.

Since the speed of radio waves is constant and independent of a satellite’s speed, the time difference between when a satellite transmits a signal and when a receiver receives that signal is proportional to the distance between the satellite and the receiver.

GPS satellites orbit at an altitude of approximately 12,600 miles (20,200 km) and they are arranged so that at minimum four satellites are within line of sight from anywhere on Earth’s surface. The angular difference between GPS satellites in each orbit is 30°, 105°, 120°, and 105° apart, which adds up to 360°.

GPS doesn’t require a user to transmit any data, and it operates independently of any telephone or internet reception, however, both phone and internet apps can enhance the usefulness of GPS positioning data.

GPS relies on four concepts: trilateration, how distance is measured, atomic clocks, and differential GPS. We’re going to take a look at each one.

Currently, there are 31 GPS satellites orbiting the Earth twice daily, 27 are operational and four are backups. This expanded satellite constellation allows nine satellites to be visible from any point on Earth at any time.

Say you’re standing out in the Nevada desert, and your GPS receiver communicating with Satellite #1, puts you within 150 miles (241 km) of Las Vegas. You could be anywhere within the circle in the figure below.

Now, say your GPS receiver is also communicating with Satellite #2, and that satellite shows you to be 150 miles from Los Angeles. We now know that your location is somewhere within the area where the two circles meet, however, if your GPS receiver, communicating with Satellite #3, puts you within 100 miles of Fresno, California, we can locate you on the flat surface of the Earth on Telescope Peak in Death Valley National Park.

The Earth isn’t uniformly level, nor is it a perfect sphere, and that means that we need a fourth piece of information in order to locate you exactly — your elevation. Information coming from Satellite #4 puts you at 11,043 feet (3,366 m) above sea level, and since we can look up the height of Telescope Peak, we now know that you are standing on the summit of the mountain.

The most vital piece of information coming from a satellite is the exact distance between that satellite and a GPS receiver. GPS satellites continuously stream a digital radio signal that includes both their position and their exact time.

The GPS receiver then subtracts its exact time from that sent by the satellite, and by solving for x in the equation below, the receiver can compute its exact distance from the satellite:
186,000 miles/1 hour = x/calculated time
where 186,000 miles per hour (about 300 million meters per second) is the speed of both light and radio waves. If we increase the accuracy of the time difference measurement, we also increase the accuracy of the distance measurement.

Differential GPS, or DGPS, was created to try to overcome the error caused by Selective Availability, and it was first used on airplanes. DGPS is still used today even though SA has been discontinued, and it works by placing GPS receivers at known locations around the world. These receivers are constantly comparing their known locations with the information they’re receiving from the GPS satellites. If there’s any discrepancy, that information is passed to other DGPS-enabled GPS devices.

If your GPS receiver is DGPS enabled, it will adjust its calculations based on any current differences calculated by the DGPS stations.

Today, the GPS system is operated by the new United States Space Force, and we rely on it more than ever before. Many of us would be literally lost without turn-by-turn GPS navigation.

GPS is being used to keep your dog in your backyard and to locate lost pets, to catch poachers of sea turtle eggs and to map the ocean floor.

Mathematician Gladys West created the computational techniques necessary for detecting satellite positions with the precision needed for GPS. On Dec. 6, 2018, she was inducted into the Air Force Space and Missile Pioneers Hall of Fame.