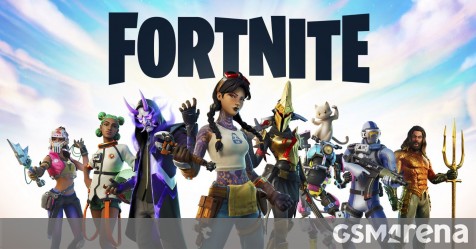 After a quick kerfuffle that escalated very quickly in a matter of hours, Epic Games is now filing an injunction against Apple for anti-competitive and monopolistic practices with respect to distribution of software on its iPhones and iPads.

The situation started earlier today with Epic Games pushing a server side updated for Fortnite that enabled users to bypass Apple’s and Google’s payment system on iOS and Android, respectively, and instead choose to use Epic’s payment system for all in-app purchases. This would allow Epic to take all the money and not give the 30% cut to Apple and Google. In return, Epic was offering 20% discount for using its own payment system.

Well, if you’re wondering why more developers don’t do that, it’s against both Apple’s and Google’s store policies. While Google is still to respond, Apple quickly removed Fortnite from its App Store, saying that Epic’s decision was against its store guidelines.

It seems this was the exact response Epic was waiting for, as moments after that the company announced that it is suing Apple. As for the lawsuit itself, it states how Apple is being anti-competitive and monopolistic by forcing all application purchases and in-app purchases go through the company’s own payment system. On top of that, Apple also takes 30% cut for every transaction that happens through its payment system. Epic argues that this hurts both customers and developers and is not the right way to do business.

In this lawsuit, Epic is not asking for any monetary compensation for “the injuries it has suffered” nor favorable treatment for just Epic itself as a lone corporation but rather for the court to bring an end to Apple’s monopoly over the iOS app distribution market.

The lawsuit also specifically mentions the update that went live today and offered the option to use Epic’s payment system instead of Apple’s and how Apple responded by removing Fortnite from the store. This makes it clear that the move to add the payment option was really just part of the lawsuit as Epic knew what was going to happen and had planned accordingly.

Later in the injunction, Epic also uses Microsoft and Facebook as notable examples of large entities who have fought with Apple over the same matter. This is with regards to Microsoft cloud gaming platform xCloud being disallowed on the App Store as well as the Facebook Gaming app. There are several other examples listed as well, which you can read in the PDF linked in the tweet above.

It will be interesting to see how things unfold henceforth. That Apple has maintained an iron fist over the App Store guidelines over the years is not an unknown fact. The company has maintained over the years that it does this for security reasons. Recently, Apple has also been vocal about how it helped create and maintain the app ecosystem and that many companies owe their success to the store and Apple. However, as the company continues to grow and release its own services, not allowing third-parties access to features on its platform is increasingly becoming anti-competitive.

Epic Games perhaps used the best analogy to describe this, using Apple’s 1984 ad for the first Macintosh, where Apple, a then relatively small company, positioned itself as the underdog trying to take down the giant that was IBM and break the latter’s monopoly on the personal computer market. Ironically, it now finds itself in the same position IBM was in 1984. Perhaps, the company can reflect on that ad a little bit, more specifically with how things ended up for IBM.