Enormous ‘Megaflash’ Lightning Bolts Zapped Nearly 500 Miles Across the US 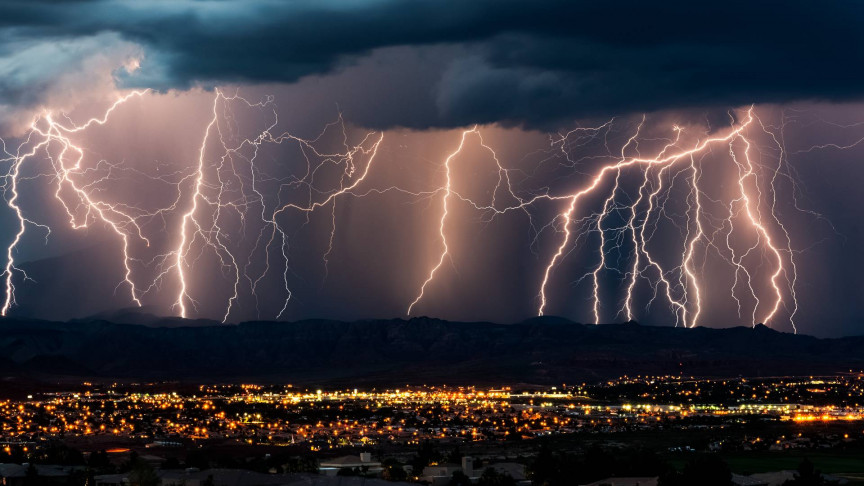 They say that lightning does not strike twice, but the World Meteorological Organization (WMO) is here to prove them wrong.

The organization has established two new world records for megaflashes of lightning in North and South America, according to a press release by the agency.

The flashes, however, may just be the result of climate change and signal that our planet is in dire need of saving.

The WMO described the new world records as the longest single flash that covered a horizontal distance of 768 ± 8 km (477.2 ± 5 miles) across parts of the southern United States and the greatest duration for a single lightning flash of 17.102 ± 0.002 seconds from the flash that developed continuously through a thunderstorm over Uruguay and northern Argentina. The first occurred on 29 April 2020 and the second on 18 June 2020.

“These are extraordinary records from single lightning flash events. Environmental extremes are living measurements of the power of nature, as well as scientific progress in being able to make such assessments. It is likely that even greater extremes still exist, and that we will be able to observe them as lightning detection technology improves,” said in the press release Professor Randall Cerveny, rapporteur of Weather and Climate Extremes for WMO.

As exciting as the news was, experts were quick to remind people that lightning flashes can indeed be quite dangerous.

“These extremely large and long-duration lightning events were not isolated but happened during active thunderstorms. Any time there is thunder heard it is time to reach a lightning-safe place,” added lightning specialist and committee member Ron Holle.

Extreme weather events including lightning flashes are the result of a changing environment related to global warming. As human activity continues to devastate our planet, we are likely to see longer and more powerful lightning events each year until we cease to burden Earth with excess GHG emissions.