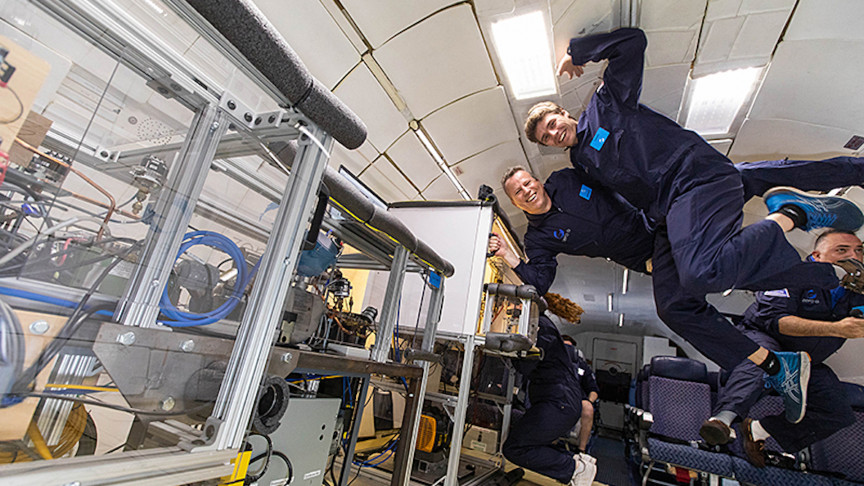 When in space, astronauts today live on a diet of largely freeze-dried foods. With plans in place for humans to go back to the Moon and to eventually reach Mars and beyond, it’s important to develop new methods for astronauts to maintain a diet that provides them the nutrients they need as well as morale-boosting flavorsome meals.

The issue with building a refrigerator for space comes from the fact that standard refrigerators are dependant on gravity to carry out the cooling process. Typically, a fridge converts refrigerant from a liquid to a vapor and back in order to keep the interior cool.

The team of engineers from Purdue University took on the complex challenge of building a refrigerator for space as part of a collaboration with Whirlpool and equipment manufacturer Air Squared, funded by NASA’s Small Business Innovation Research (SBIR) program.

In a bid to find a method around the problem of circulating refrigerant around their system in space, the team developed a fridge roughly the size of a microwave that features an oil-free compressor, unlike standard refrigerators, meaning it is easier to control in zero-gravity.

The space fridge prototype sends the refrigerant through the vapor-compression cycle at a higher speed so that it can operate without the need for gravity to work its magic on the vapor.

For their first experiment, the team behind the new fridge design demonstrated that their prototype could operate upside down on Earth, unlike a standard refrigerator. Next, they mounted their fridge aboard one of Zero Gravity’s planes, which acts as a microgravity research lab.

The system was tested during 30 separate intervals of weightlessness, each of which lasted 20 seconds — video from the tests can be seen below. Based on the data, the “first impression is that microgravity does not alter the cycle in ways that we were not aware of when we tested the effects of gravity on the fridge design on the ground by rotating and inclining it.”

So, essentially, the fridge seems to work just as it does on Earth. The team said it still needs to conduct further analysis on the data to see, for example, how energy efficient the design is in space, and whether it could be viable for the International Space Station. The early indications are promising.

With the longest ever stay aboard the International Space Station (ISS) lasting 328 days, and NASA’s plans to explore the far reaches of space, the technology could provide a great boost for future space missions.

The microgravity fridge might one day join the likes of the Universal Waste Management System and the ISSpresso coffee machine as one of the true unsung heroes of space travel.