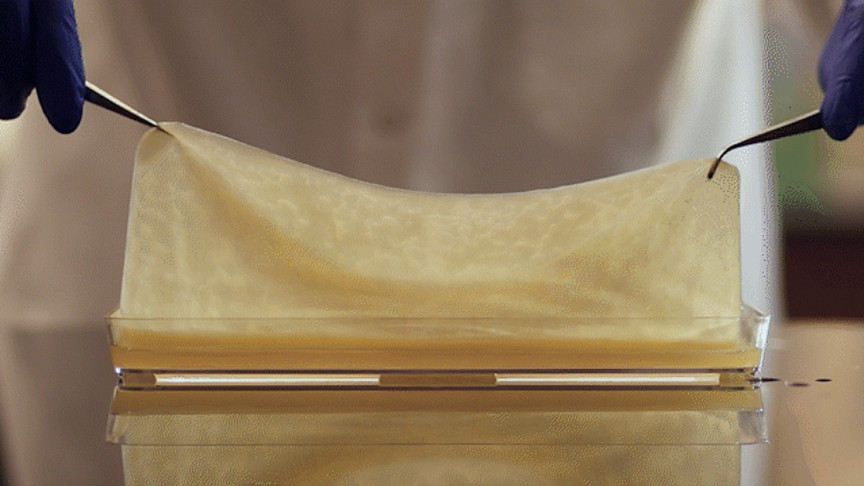 Engineers from Imperial College London and Massachusetts Institute of Technology (MIT) have come up with a novel way of generating tough and functional materials using a mixture of bacteria and yeast.

This mixture was achieved by a combination of yeast and bacteria similar to those found in kombucha — a popular drink fermented with a symbiotic culture of bacteria and yeast (SCOBY), per a press release.

The research has been published in Nature Materials.

While engineered living materials have been created in the past using non-food microbes E. coli and filamentous fungi, scaling up their production had proven to be challenging since current technologies required trained personnel and strict conditions. However, this study might have overcome such problems standing in the way by taking inspiration from the beloved tea kombucha.

The team of engineers, influenced by the natural symbiotic approach of the kombucha SCOBY, combined genetically engineered baker’s yeast cells with cellulose-producing bacteria called Komagataeibacter rhaeticus, which was previously isolated from a kombucha mother by the scientists at Imperial College London, making a “Syn-SCOBY”. They were thus able to create a mutually beneficial symbiotic culture.

Since they were using a laboratory strain of yeast, they were able to engineer the cells to produce enzymes that glow in the dark or sense pollutants in their environments. The yeast can also be programmed to break down the target molecules after detecting them, press release states.

Moreover, the kombucha-style culture has simple growth conditions making it a favorable engineered living materials system. The researchers stated that anyone can do this in their kitchen without having to be an expert. “You just need sugar, you need tea to provide the nutrients, and you need a piece of Syn-SCOBY mother.” MIT graduate student Tzu-Chieh Tang, one of the paper’s lead authors, said.

SEE ALSO: HOW EXACTLY IS KOMBUCHA MADE?

The material has the potential to find diverse applications in contaminant detection. It could even be used to deliver nutrients or release therapeutics in response to stimuli, researchers say.

“We foresee a future where diverse materials could be grown at home or in local production facilities, using biology rather than resource-intensive centralized manufacturing,” says an associate professor of electrical engineering and computer science and of biological engineering at MIT.