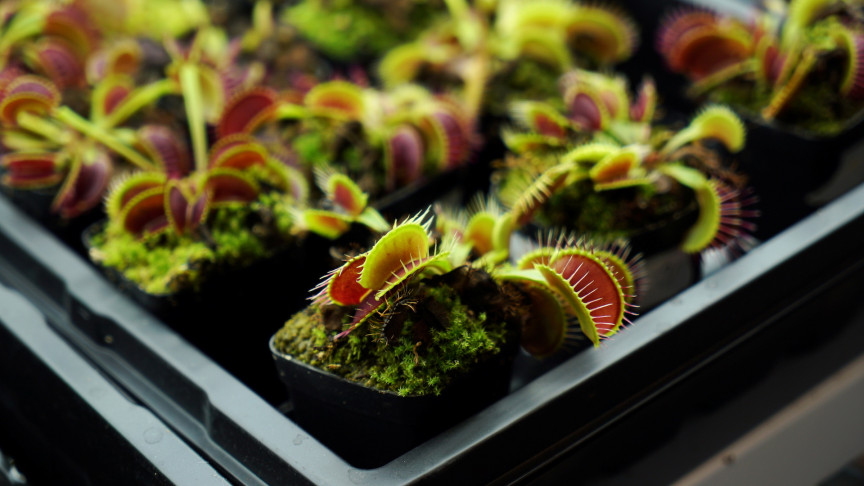 A team of engineers has developed a way of controlling the Venus flytrap plant using electric signals sent from a smartphone.

The Nanyang Technological University (NTU) team in Singapore built upon its previous work where it had first managed to turn a Venus flytrap into a soft robotic arm capable of grabbing delicate objects, and then of developing a tool that delivers electric signals to and from the little plant in question.

Now, the carnivorous plant is able to act on command via a smartphone — something the team hopes will pave the path for using plants as environmental sensors able to give us early warnings of potential diseases or abnormalities that land on its delicate leaves.

The team is keen to explore the possibilities of using plants as communicators, or as living sensors that are capable of monitoring environmental pollution like gas, toxic gas, or water pollution, explained Luo Yifei, a researcher working on the project at NTU’s School of Materials Science and Engineering.

“We developed a non-invasive technology to detect these electric signals from the surface of plants without damaging them,” said Luo.

The Venus flytrap’s “mouth” can now shut and open thanks to commands sent from the smartphone to the electric signals attached to the plant.

Nature has a wonderful way of inspiring researchers to find innovative ways to help us help it. For example, in late March, a team of Duke University engineers developed the DraBot, a flying autonomous soft robot that resembles a dragonfly.

DraBot skims over water to signal environmental changes such as rising pH levels, temperature, or oil spills on the water. When it detects such changes, one set of the soft robot’s hydrogel-covered wings fuse together forcing it to fly in circles above the spot, making it easier for researchers to find the endangered area.

The Singapore team’s smartphone-operated Venus flytrap is yet another example of how nature can inspire researchers to find ways to “communicate” with nature, and potentially save lives and the environment.