Engineering vs. Science: Are They the Same Thing? 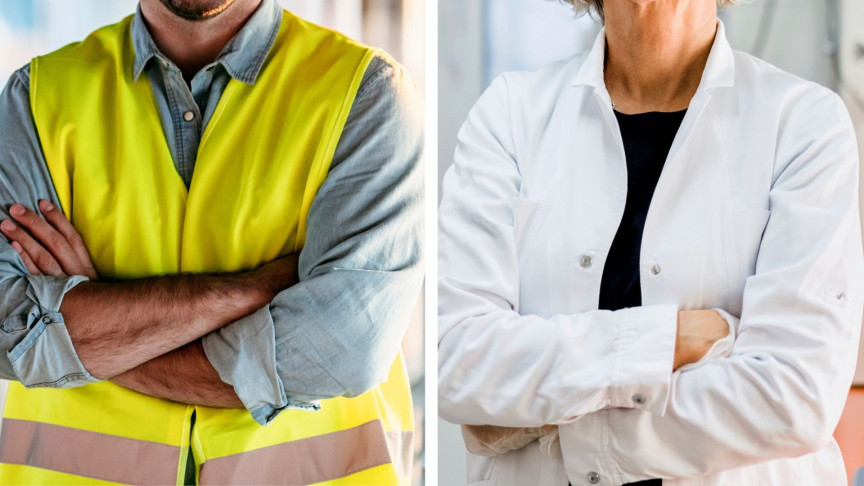 For most people, engineering and science are interchangeable concepts. But that’s not entirely true. And as weird as this may sound, there is an age-old debate between engineers and scientists, each attempting to assert the uniqueness and superiority of their fields.

Without a doubt, science and engineering are the bedrock of most technological advancements. And if we’re ever going to bring sci-fi-type technology into our real world, we’re going to need the unique skill sets of both scientists and engineers. Here is all you need to know about engineering and science and why we need more engineers in our world.

Engineering isn’t science, neither is it a sub-category of science. And no — the two terms can’t be used interchangeably… but most people don’t know that. Engineering is the application of existing scientific discoveries in the design, construction, and manufacturing of simple and complex products for the benefit of humanity. On the flip side, discovering and unraveling existing phenomena in nature is the nucleus of science. In short, science is about discovery while engineering is about innovation.

But here’s the thing — for true technological advancement to be achieved, neither science nor engineering can be completely autonomous. In his recent essay, Dr. Kenneth Lutchen, Dean of College of Engineering at Boston University puts it this way “engineering without science could be haphazard; without engineering, scientific discoveries would be merely an academic pursuit.”

That said, science can function to a reasonable extent independent of engineering. For instance, a chemist can create a new molecule without requiring the input of an engineer — although an engineer will have had a hand in creating the computers used in part to do this work.

In the same way, engineering may not always require the input of science. For instance, in an article by Henry Petroski, a professor of engineering and history at Duke University, he described how engineers had created fully functioning steam engines over a century before the science of thermodynamics was really understood. Thus, he argued that a full understanding of scientific principles is not always necessary for groundbreaking technological advancement.

Engineer vs. Scientist: What’s the Difference?

Scientists and engineers largely have a common foundation. In an interview with Interesting Engineering, Dr. Lior Shamir, associate professor of computer science at Kansas State University, said “They rely on facts, ideas of proofs, and validation of observations.”

And that makes sense, doesn’t it? The primary job of scientists is to expand existing knowledge through research. So, they need to come up with new theories, methods, and protocols to help understand a previously unknown phenomenon or better unravel an existing one. But once this knowledge is available, it is the job of engineers to use already established principles to come up with never-before-seen technological solutions.

“Engineering is heavily based on science,” Shamir added. However, without engineers, the work of scientists would be largely redundant and much harder to achieve. The computers and myriads of laboratory equipment scientists use daily are all products of engineers. So, in the real world, it’s not all about science. It’s high time engineers also get a bit of recognition for all the good they do.

A Case for Engineering

Isn’t it weird how almost every technological breakthrough is ascribed to science and very little credit is given to engineers? According to Petroski, this problem can be somewhat traced to journalists who consider the word “science” a good shorthand for “engineering.” Unfortunately, this can cloud the ability of policymakers and the general public to make informed decisions.

And this mix-up, as profoundly expressed in Petroski’s article, hinders the effective solving of the problems in our world. He added that if this situation persists, it can limit our ability to provide rapid and innovative solutions to the problems facing the world. Petroski added that while scientists may argue for more government funding for basic research, what would really bring progress is an investment in engineering.

Dr. Lutchen also shared similar views. According to him, this confusion already has a serious ripple effect on the educational system in America. He referred to the alarm being raised over American students lagging behind in science and mathematics but pointed out that the same is not being said for the visible decline in engineering and an “innovative spirit.”

And here’s the kicker — we live in a constantly technologically evolving world and if things don’t change soon, the future competitiveness of the American economy will take a hit. Lutchen critically noted that foreign manufacturers are the ones who benefit the most from the numerous scientific discoveries of American universities. Thus, he asserted that for scientific discoveries to be of any viable economic benefit to the US in the future, we must stir up, in our children, interest in engineering and innovation, and not only science.

Scientific breakthroughs are awesome. From the law of gravity to quantum mechanics… we owe our knowledge of the world to them. And this valuable scientific knowledge has formed the foundation of our most remarkable engineering feats. So, without a doubt, both scientists and engineers deserve a huge standing ovation from the world for their incredible job.

But the time has come to draw the line between science and engineering so that we can give a bit of credit to engineers who are often in the shadow of scientists. Elon Musk is an engineer, not a scientist… and it’s high time the kids who want to be like him knew that. And as pointed out above, the future growth and sustainability of the American economy may just be at the mercy of inspiring the next generation to fall in love with engineering.