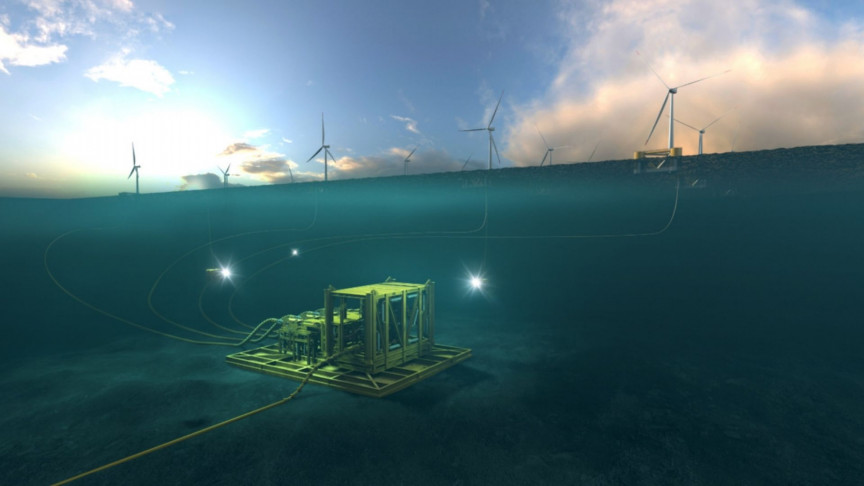 Clean energy firm Aker Offshore Wind announced that it will use underwater substations to help expand its offshore wind farm infrastructure off the coast of Scotland, a press statement reveals.

Substations help to transfer the energy sourced by wind turbines into the grid and into homes and businesses. They are typically installed above sea level, however, moving them down to the seabed provides several benefits. For starters, seawater acts as a natural cooling system. An underwater substation also requires fewer components and no rotating parts. Alongside the stable undersea temperatures, this all increases the reliability and reduces the maintenance cost of a substation anchored to the seabed.

Aker Offshore Wind had partnered with Ocean Winds to submit “a series of floating bids which could deliver up to 6,000MW of energy in the Outer Moray Firth,” the company says in its statement. This would make it “by far the UK’s biggest wind energy development and [it would] power millions of homes with renewable energy.”

The companies’ work will help to bolster the United Kingdom’s efforts to curb carbon emissions. The country announced this year that it aims to slash emissions by 78 percent by the year 2035, before reaching its net-zero goal by 2050. “Our vision is for the UK to become a global leader in floating offshore wind, contributing to our net-zero mission with green energy at scale,” said Sian Lloyd-Rees, managing director of Aker Offshore Wind UK. “We have the opportunity to implement new technology in the ScotWind leasing round, making Scotland and the UK a global leader in subsea solutions for floating offshore wind and exporting the technology around the world.”

Aker Offshore Wind says approximately 80 percent of the world’s wind resources are located in deep water that reaches more than 196 feet (60 meters) below sea level, meaning they are not suitable for fixed-foundation wind farms. Other companies, such as GE recently revealed their own floating offshore wind farm innovations. The firm revealed a new floating wind turbine concept in March. South Korea, meanwhile, announced last month that it will build a 1.4 GigaWatt floating offshore wind farm in a bid to meet its own climate change goals.