Emerging Consumer Trends Evolving Toward 2030: The Internet of Senses 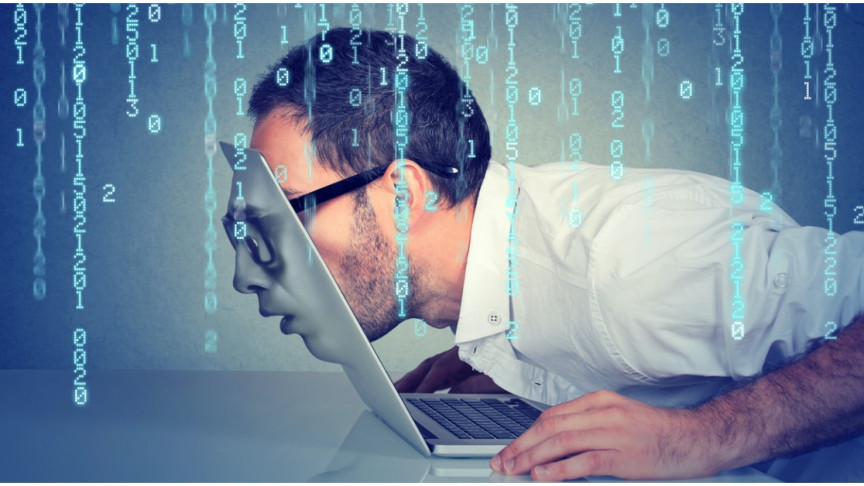 The Internet of Things, Augmented Reality (AR), Virtual Reality (VR), and haptics have been hot topics for the past years. Many of us have tested and experienced these consumer technologies many times. But what’s next? What are the next big trends that will wow us, and impact our life and the world around us as we know it?

To shed some light into what the future decade will bring, Ericsson ConsumerLab has compiled some of the hottest Consumer Trends worth keeping an eye on starting in 2021.

According to Ericson ConsumerLab, the Internet of Senses (IoS) may define the next chapter in 5G-enabled online experiences which is something many are already expecting, especially video gamers and online shoppers.

The ninth edition of Ericson ConsumerLab’s 10 Hot Consumer Trends report has been based on early adopter user perspective. The aim is to show consumers who expect an array of beneficial services from connected technology how they will be able to interact with the senses of sight, sound, taste, smell, and touch, all of which will become mainstream reality by 2030.

Ericson ConsumerLab says this will be enabled by technologies such as Artificial Intelligence (AI), Virtual Reality (VR), Augmented Reality (AR), 5G, and automation. The main drivers for the Internet of Senses include immersive entertainment as well as online shopping, the climate crisis, and the corresponding need to minimize climate impact.

The report is based on an online survey of residents in Bangkok, Delhi, Jakarta, Johannesburg, London, Mexico City, Moscow, New York, San Francisco, São Paulo, Shanghai, Singapore, Stockholm, Sydney, and Tokyo; and it was carried out in October 2019.

The sample consists of at least 500 respondents from each city, 12,590 respondents were contacted in total, out of whom 7,608 qualified. The respondents were aged 15 to 69; at the time of the survey, they were either regular users of Augmented Reality (AR), Virtual Reality (VR), or virtual assistants, or who intend to use these technologies in the future.

According to Ericson ConsumerLab, they represent only 46 million citizens out of 248 million living in the metropolitan areas surveyed, and this, in turn, is just a small fraction of consumers globally. However, the researchers believe their early adopter profile makes them important when exploring expectations on technology for the next decade.

Living in the Internet of Senses world

“You are sitting in your kitchen. As you think about having an Arabian Nights dinner party, the room starts to change. Arabic music plays softly, the plain kitchen tiles take on bright patterns and the smell of fragrant lamb stew hits your nostrils. You turn your gaze to the table, which is now covered with a rustic woven cotton cloth, flowers, lit candles, and exotically decorated plates which you touch and rearrange.

Avatars of your friends appear in the chairs, with calendar access so you simply think: Create invitation. While the calendars are populated, your table fills up with ingredients from a digital store letting you check their freshness and taste test a new yogurt sauce. Since two guests are vegetarian, you also taste a plant-based stew before placing your order.”

Can you imagine yourself living in the Internet of Senses world? How would your world be like?

5G: Materializing dreams with the Internet of Senses

Today, technology interacts primarily with two senses: Sight and sound. According to Ericsson Research, advanced technology will enable a full Internet of Senses by 2025. Furthermore, it will include the ability to digitally communicate thoughts by 2030.

We live in a screen-based 4G world where smartphones are integral to our lives. Ericsson Research says that people are not expecting this to be the case for much longer.

“Half of the world’s smartphone users predict that by 2025 we will all be wearing lightweight, fashionable AR glasses. Consumers also predict wearables that can instantly translate languages, [will] allow us to control our sound environment and experience smell, taste, textures, and temperature digitally. As consumers step further into this sensory digital world, they will require hyper-fast connectivity, imperceptible Edge Computing based lag, and advanced automation.”

Consumers expect an Internet of Senses

Ericsson Research says that this vision is “not only based on expected technological advances but also on consumer research: Urban early adopters expect that we will be using all of our senses online by 2030. Of those, 68 percent want to use at least one of 6 conceptual Internet of Senses applications we have asked about, and 81 percent are open to the idea overall.

Of those who want an Internet of Senses, 40 percent see immersive entertainment as a main driver for this change; 33 percent think better online shopping will be key; and 31 percent think this change will come about due to the climate crisis. The big five tech companies along with industry-specific companies are expected to dominate and run roughly half of all Internet of Senses services by 2030.

The Internet of Senses, in a nutshell

Using a microphone, 67 percent believe they will be able to take on anyone’s voice realistically enough to fool even family members

Forty-five percent predict a device for your mouth that digitally enhances anything you eat, so that any food can taste like your favorite treat

Around six in ten expect to be able to digitally visit forests or the countryside, including experiencing all the natural smells of those places

Internet of senses-based services will make society more environmentally sustainable, according to six in ten

The Internet of Senses will enable exciting applications, many of which we have already seen in science fiction films and now will become a reality.

If you are interested in learning more about one, or all of these insight-into-the-future trends, come back soon to check them out. I will be looking into each of them deep into detail. The next decade will certainly bring great technological change.