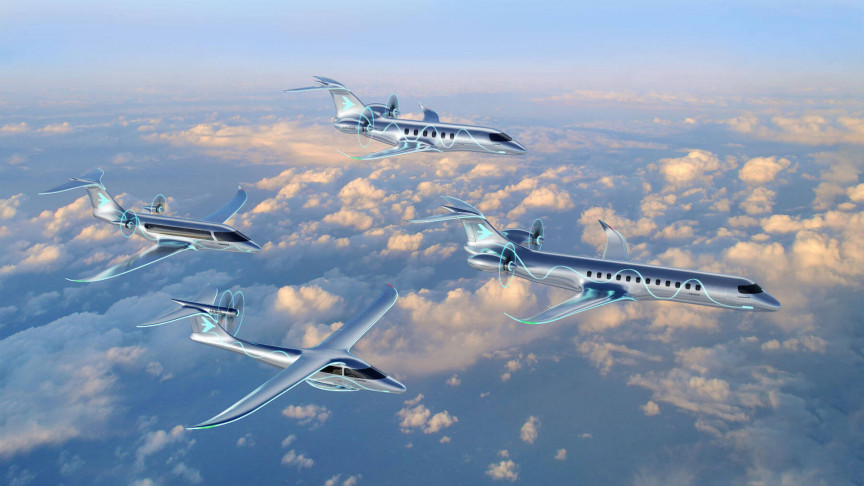 The company revealed the new line amid the backdrop of the COP26 climate conference in Glasgow, Scotland this week, which addressed what governments can do to avert the worst effects of climate change.

The Energia Hybrid will be a nine-seater with a hybrid-electric propulsion system, allowing it to reduce emissions by up to 90 percent, Embraer said on its website. The zero-emissions Energia Electric features two contra-rotating propellers and carries nine passengers using an all-electric powertrain. The Energia H2 Fuel Cell, meanwhile, carries 19 passengers with zero-emissions hydrogen fuel cell technology, while the Energia H2 Gas Turbine can be powered directly by burning hydrogen or biofuel. The last is the largest of the lot, as it can carry between 35 and 50 passengers.

Embraer pledges to cut its emissions in half by 2030

As Embraer points out on its website, “the future of aviation must have a lower impact, [meaning] lower emissions, lower noise levels, and lower fuel consumption.” The Brazilian firm also stated that it will reduce its own carbon emission by 50 percent from 2030 onwards, to help the aviation industry as a whole reduce its impact on the environment.

Following the IPCC’s recent alarming report on climate change, published in August, the International Air Transport Association (IATA), announced a commitment to reach net-zero carbon emissions by 2050. Big aviation firms, such as Boeing and Airbus have also signed up to the agreement. Just last month, Alaska Airlines announced that it is partnering with zero-emission aviation firm ZeroAvia to develop a hydrogen-electric powertrain for a 76-seater passenger airliner.

Embraer says its four new concepts will enter service at some point in the 2030s if all goes to plan with upcoming flight tests. However, the technologies behind the firm’s ambitious new line are still very much in the concept stage throughout the aviation industry. NASA, for example, recently revealed an update on its all-electric Maxwell X-57 aircraft, stating the aircraft will make its first flight next year and that it can currently only fly for 40 minutes at a time.