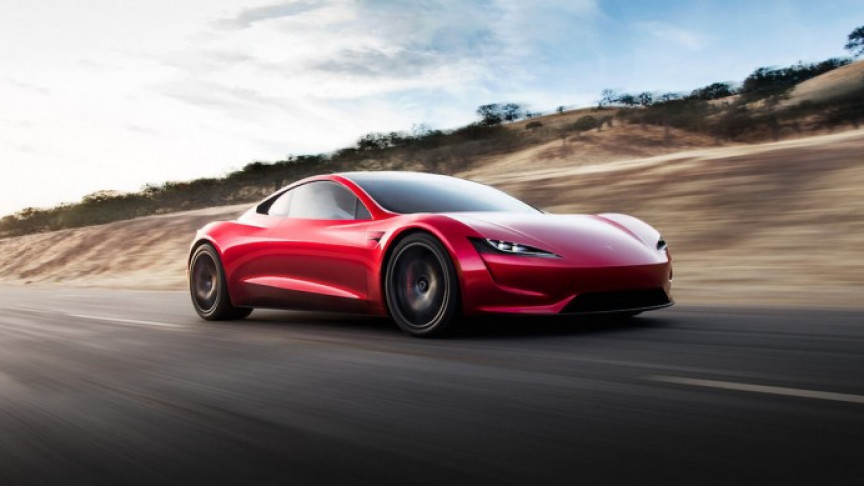 Have you ever stopped to think just how cool it would be to see some Tesla Roadsters flying on the road? Elon Musk sure has.

Musk has long teased that the upcoming Tesla Roadster might fly thanks to SpaceX technology. Now, the CEO repeated this sentiment at an interview with Joe Rogan released Thursday.

“I want it to hover, and I was trying to figure out how to make this thing hover without, you know, killing people,” Musk told Joe Rogan. “Maybe it can hover like a meter above the ground or something like that. If you plummet it’ll blow out the suspension but you’re not gonna die. Maybe, I don’t know, six feet. If we put a height limit on it, it will probably be fine.”

Musk, however, did also specify that his hovering idea may not work. “At a minimum, I’m confident we could do a thruster where the license plate flips down, James Bond-style, and there would be a rocket thruster behind it, and that gives you three tons of thrust.”

What he did not mention is how safety regulators are bound to react to this surprising news. He is already pushing boundaries with his new U-shaped steering wheels he states work well since autonomous driving is becoming so advanced.

When Rogan asked Musk whether the new steering wheels were legal, the billionaire replied that “they use a yoke in Formula One.”

“Yeah, but you’re not on the highway in a Formula One car,” Rogan added. “I like driving like this, resting my hand on the top of the wheel.”

“Well, Autopilot is getting good enough that you won’t need to drive most of the time. I find you can rest your hand on your knee… it works great,” Musk concluded.

There you have it, folks. We may soon be seeing some Back to the Future style vehicles on our roads and if we are really lucky we may drive one ourselves.