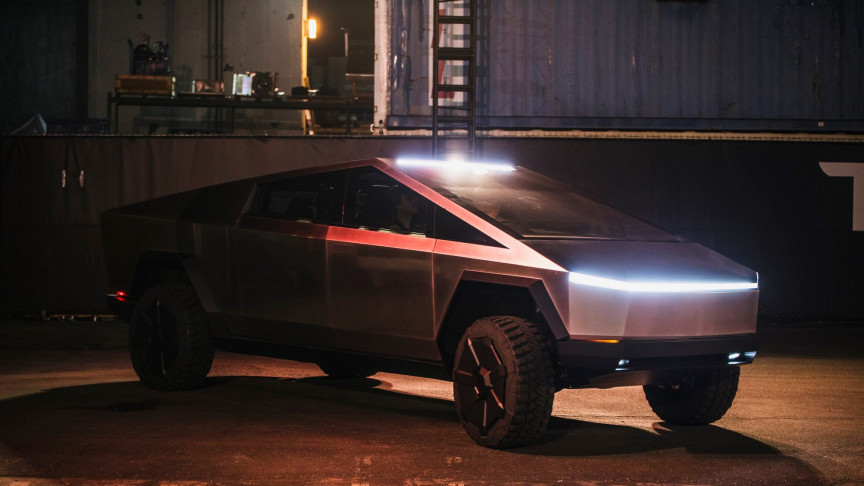 After parading the prototype in New York City, a couple of months ago, electric car maker Tesla seems to have hit a roadblock with the production of its heavy vehicle, Cybertruck. Speaking at a quarterly earnings call from the Giga Factory in Texas, CEO Elon Musk brought forward the challenges in making the Cybertruck at a large scale. Failure to do so would result in each Cybertruck costing a million dollars to make.

After delivering sedans that leave supercars behind, Tesla is now focused on all-electric heavy vehicles. Earlier in May, it proudly sent out a prototype on the streets of New York City.

While this made much noise on social media, the production seems to have stuttered. As Tesla has learned through delayed deliveries of its other cars, putting together a car at a mass scale is much different than putting together a prototype, something Musk kept repeating during the recent call.

The last time around, Tesla was putting together an electric car. This time, however, it is putting together a Cybertruck that is like none other. As its patents revealed earlier this year, the Cybertruck will come with an armor-glass, a self-sensing air conditioning system, eye-tracking technology to control the car’s mirrors, among many other things. But it is the massive range of 610 miles (980+ km) that seems to be causing trouble at the moment.

To achieve this range, Tesla is innovating with a 4680 battery cell pack, which in theory is a lightweight and cost-effective option. However, it is something that hasn’t been done before and requires a lot of innovations on Tesla’s part. Recounting the progress they have made so far, Musk said that they weren’t making minor improvements but “half a dozen major improvements and dozens of small improvements” to make it possible. However, he could give a date as to when these issues would be resolved.

Musk also cited how chip shortages at a global level were stalling their progress. The company did manage to find some alternates and rewrite firmware to get production up to speed but chips are still the slowest part of their supply chain and he expects them to remain so for the rest of the year. Stressing on how difficult production was, Musk said, “there are thousand unique parts and processes that have to work. And the greater growth of production goes as fast as the least lucky and dumbest of those 10,000 things.“

Tesla continues to aim to begin deliveries of its Cybertruck by the end of this year. It has a backup plan of using a structurally different battery pack. This would need efforts on a war footing but as Musk himself believes, Tesla’s efforts in delivering cars make World War II look trivial.