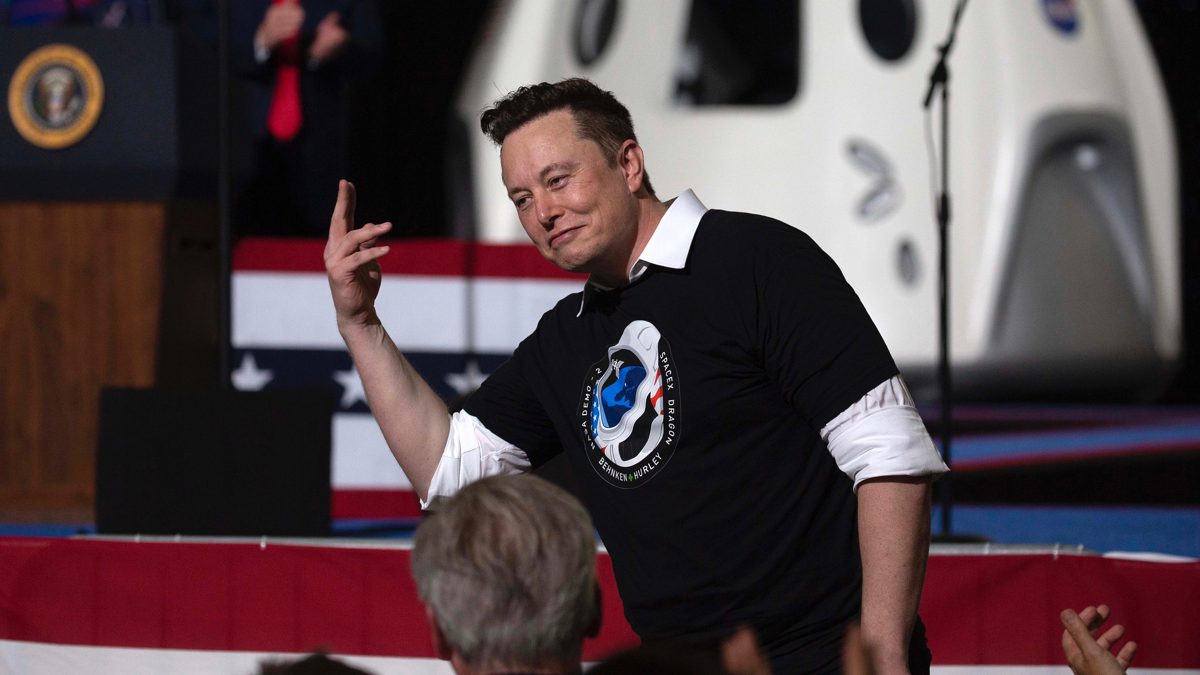 Tesla CEO Elon Musk is calling for the break up of Amazon after the e-commerce company decided to remove a COVID-19 book from a controversial author.

“Time to break up Amazon. Monopolies are wrong!” he tweeted on Thursday.

Others including Democratic politicians, merchants and activists have also called for the break up of Amazon, pointing to its growing control over the e-commerce industry. But in Musk’s case, the tipping point was Amazon’s decision to temporarily pull an ebook from Alex Berenson, a former New York Times reporter who’s been questioning the severity of COVID-19.

The day before, Berenson took to Amazon’s Kindle platform to publish his short book, Unreported Truths About COVID-19 and Lockdowns: Part 1. However, he later received an email from the company, saying his book had been removed for failing to comply with its guidelines.

“THEY CENSORED IT!” Berenson claimed in a tweet. “It is based entirely on published government data and scientific papers. It doesn’t say coronavirus isn’t real or doesn’t kill people. (In fact, the worst-case death toll is likely to be striking to people). And Amazon won’t run it.”

The issue caught the attention of Musk, who’s been against the government lockdowns to contain COVID-19. In the past weeks, he’s criticized the shelter-in-place orders as “fascist,” and gone as far as to reopen his Tesla factory in California in defiance of local county orders.

“This is insane,” Musk wrote in response to Berenson, while @mentioning Amazon CEO Jeff Bezos in the same tweet. Minutes later, Musk then escalated his beef, and accused Amazon of being a monopoly that needs to be dissolved.

Hours later Berenson then received a new email from Amazon that said the company was re-posting his book. No explanation was provided to him about why his book was pulled. But according to The Wall Street Journal, the company removed it in error.

We’ll have to wait and see if Musk will continue to accuse Amazon of being a monopoly. But it isn’t the first time he’s jabbed at the company’s CEO, Jeff Bezos, on Twitter. The two have a rivalry when it comes to space travel. In addition to Tesla, Musk leads SpaceX while Bezos founded Blue Origin.

Last year, Musk called Bezos a copycat on Twitter after Blue Origin announced a plan to create a satellite-broadband network years after SpaceX began doing the same. Bezos, on the other hand, has implied he’s no fan of Musk’s plan to prioritize colonizing Mars. According to Amazon’s CEO, humanity should first focus on setting up a Moon base.