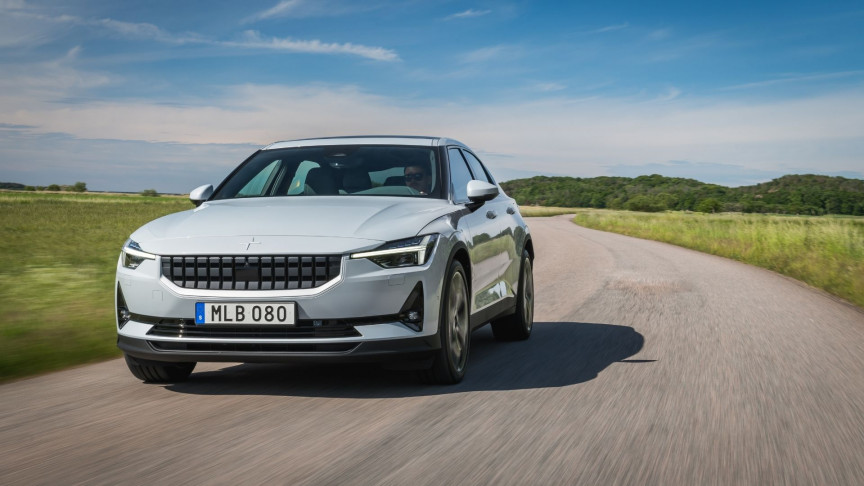 Emission reduction is an important topic for every industry as companies aim for minimum emissions. In the light of wide-spreading alternatives to fuel oil, most popularly electric cars, the companies in the automotive industry are racing with one another to have the lowest emissions in their products.

According to European Parlament News, since 1990, sectors like energy, industry, and agriculture have reduced emissions drastically. However, cars are still the major polluters, especially passenger cars, accounting for 60.7 percent of total CO2 emissions from road transport in Europe.

Another piece of good news is that the number of new electric car registrations in the EU has been increasing steadily over the last few years. Sales of battery electric vehicles in the EU rose 51 percent in 2017 compared to the year before.

Although the outcomes are promising, complete climate neutrality is still an uncompleted mission. However, Polestar, one of the pioneers of the electric industry, has set the goal to complete the mission by targeting zero emission by the year 2030.

Planting Trees is Great, But Not Enough

Carbon offsetting, which is a reduction in emissions of greenhouse gases made to compensate for emissions that occur elsewhere, is a common practice for many industries that produce emissions. And one of the most common ways for offsetting is afforestation. Trees indeed capture CO2 to a certain degree, but there are many factors on why they cannot be the ultimate solution.

According to recent research done by NASA scientists, it takes a century for a tree to reach maturity, and even then, we lose forest land every year for a variety of reasons. Thus, the ultimate goal of every industry is to fight emissions with new scientific methods that could be applied in each industry.

For the EV industry, this means reducing the emission amounts during the manufacturing phase, since Polestar’s EV cars do not cause emissions during their lifespans if charged.

Established in 2017 as an independent Swedish premium electric performance car brand founded by Volvo Cars and Geely Holding, Polestar has been taking serious steps regarding the emission problem of the EV industry.

After producing Polestar 1, which is a low-volume electric performance hybrid GT with a carbon fiber body, 609 hp, 1,000 Nm, and an electric-only range of 124 km (WLTP), the company produced its first fully electric, high volume car, Polestar 2.

Launched in 2020, Polestar 2 has an all-wheel-drive electric powertrain that produces 300 kW and 660 Nm, with a maximum range of 470 km (WLTP). With the production of Polestar 2, the company took a serious step in transparency on their emissions, cradle to grave.

Polestar released a report that clearly shows the entire carbon footprint of its fully electric car, Polestar 2. The report also uses the data of Volvo XC40 petrol internal combustion engine (ICE) of the same year (2020) to offer a clear comparison between two major technologies in the automotive technology.

You can find out more details on how an EV produces emissions compared to a combustion engine car by visiting Polestar’s website.

One of the interesting details that the report shows is that the manufacturing footprint was higher for the Polestar 2 than that of an equivalent ICE, mainly due to the carbon-intense Li-On battery modules.

Recognizing the problem is already a big step in resolving it, and Polestar took one big, brave step in the emission case by demonstrating complete transparency with Polestar 2’s carbon footprint, drawing attention to the fact that switching to electric cars is not the end of the emission issue. And such a transparent approach became the beginning of Polestar’s zero-emission mission, as the company set the goal to a higher level after this policy.

According to Polestar, all models from Polestar 2 onwards will be clearly marked with CO2 footprint and traced materials. And hopefully, the emission reduction for each new model will be totally visible for everybody around the world, allowing consumers to follow Polestar’s journey towards a climate-neutral car.

Polestar has an ultimate mission to complete after all this, which is zero emission. The company’s Head of Sustainability, Fredrika Klarén explains this vision by saying, “As an electric car maker, we don’t have to worry about combustion engines producing toxic emissions, but that doesn’t mean our job is done.

“Now we must focus all our efforts on cutting emissions in the supply chain and in the production of our cars. This is a historic and exciting time for carmakers, an opportunity to seize the moment and do better. For the first time, we can dare to dream about a future with climate-neutral, circular but still beautiful cars, and, of course, air that is cleaner to breathe,” Klarén says.

With all that’s said, Polestar has one definitive mission for 2030: To produce an electric car that has zero emissions.

Polestar commits to reducing its GHG (greenhouse gas) emissions in line with the 1.5-degree pathway and will use the science-based target approach to get there. The focus will be on reducing every possible emission either directly or indirectly, which embodies the entire value chain of Polestar, including suppliers and retailers.

Polestar has already started to take firm steps toward this goal by implementing the use of innovative recycled and circular materials. Now, Polestar has teamed up with partners to help secure renewable energy and eliminate emissions within the supply chain, launching sustainability labeling for its cars.

Hopefully for Polestar and the entire EV industry, full climate neutrality will be achieved in the near future. On the account of Polestar, the goal is set, and the steps are being taken. With the most important part — awareness — achieved, scientific methods and technical applications will take the lead for a greener future.