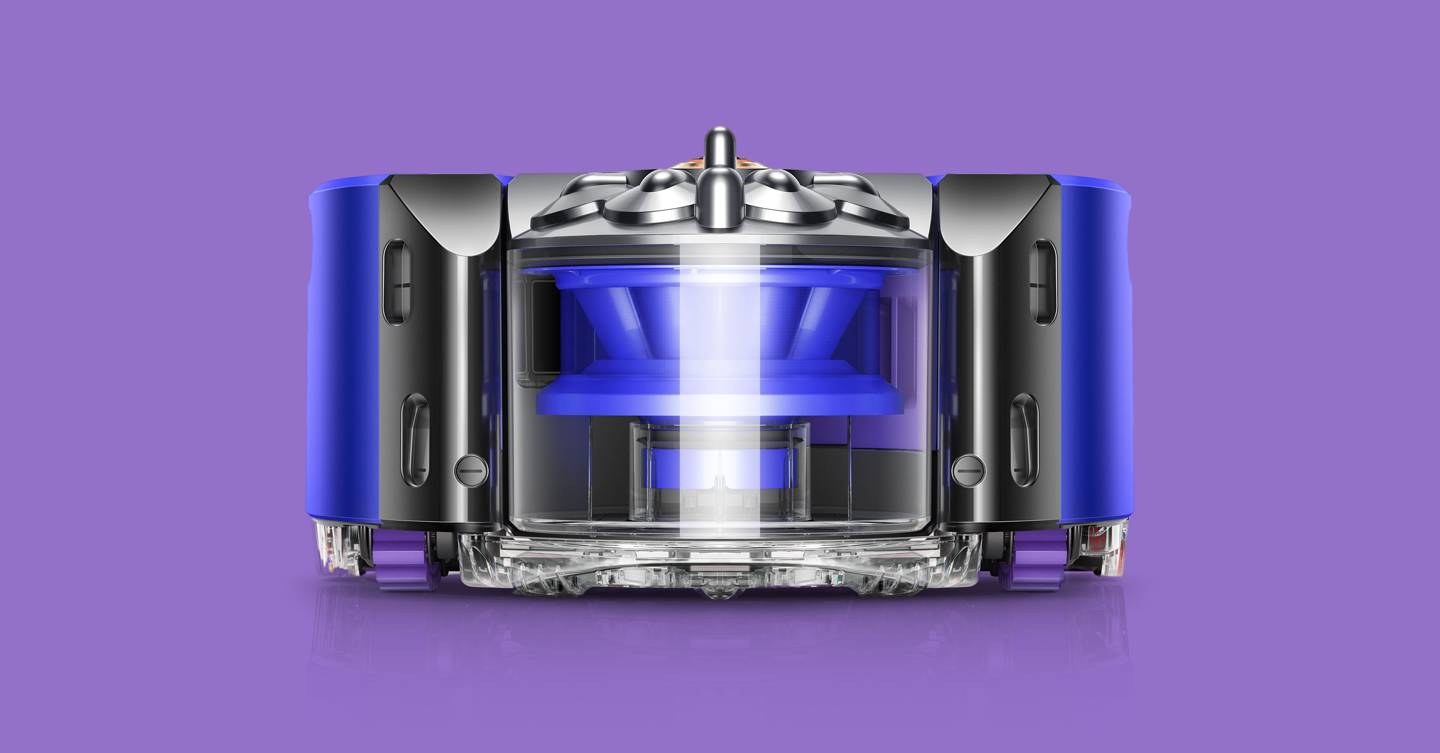 IKEA sells a bouncy, wooden armchair named POÄNG, with an open base that’s ripe for robot vacuums to climb over and it’s very popular. So popular, in fact, that Dyson design manager/lead engineer John Ord has designated it “an absolute robot killer”. Not only that but the people happily bouncing on their IKEA POÄNGs don’t buy robot vacss in the first place because they feel that the devices won’t be able to cope with it. “Everybody’s got one of those chairs,” says Ord. “The number of reviews that I’ve read that say ‘why can’t Dyson design for the most popular chair on the market?’”

It’s the same story with cables, rugs, Eames chairs, kids toys. The baseline of a robot vacuum that can clean your house pretty well, while bumbling around, bumping into things can now be yours for less than £500. But a robot vac that you can really trust to cope in amongst all your stuff? That’s what Dyson is aiming for with the 360 Heurist, the smarter, more autonomous follow up to 2016’s 360 Eye.

There’s a lot that Dyson has left alone, or tinkered with, for this £799 robo-vac. The 360 Heurist has a similar tall but small, 23cm diameter profile but now it’s well, a cobalt-ish blue. Neither the platform nor the battery technology is drastically different either: “We were thrashing the competition in terms of pick up and suction so we didn’t really need to make very much effort there.” There’s 20 per cent more suction thanks to a revamped V2 motor that spins 78,000rpm, though, which necessitated a change in the battery pack to more efficient cells to prevent overheating.

The Dyson 360 Heurist is on sale for £799 from 13 March from Dyson direct, and from Currys and John Lewis from 18 March. The feature set is as comprehensive as you’d expect with three power modes, including a Quiet mode with a 75 minute run time; app and on-device controls – now with icons for battery level, Wi-Fi connectivity and alerts for common issues like getting stuck – and the ability to return to its charging base automatically. (No, it doesn’t empty itself like the iRobot Roomba i7+).

The tank tracks remain, still placed in front of the full-width brush bar to avoid marks, and the brush bar is now 20% faster with double the stiffness of the bristles, after Dyson found that the surfaces in the homes of owners of the 360 Eye weren’t as “savage” as the team first thought. “We found that all of the assumptions we’d made about the kinds of surfaces that were going to be in people’s houses were wrong,” says Ord. “So we can get more bang for our buck. A couple of what seem like quite minor things actually have quite a big impact on our pick up ability.”

Putting the actual vacuuming to one side, as by all accounts Dyson has that covered, then leaves us with the question of how autonomous a robot vacuum can be in 2020. From processing power and memory to new sensors, camera lens and LED lights, Dyson has thrown a lot at this problem.

With a new quad-core processor and 10GB of on-board memory, the 360 Heurist doesn’t throw away the maps of the home like the 360 Eye. Instead it is able to store and refine maps of your home with the option in the Dyson Link to set rooms and zones on specific schedules and power modes as well as the ability to micro-control restricted areas. So you can block off an area with cables or pesky furniture as ‘avoid’, ‘turn brush bar off’ or ‘no climb’.

In theory, though, the 360 Heurist’s new suite of sensors should have picked up obstacles before collision. Two new long-range, time-of-flight sensors allow the robot vac to see up to two metres away and, together with obstacle, drop and wall sensors, take distance measurements every 20 seconds.

A new fisheye lens on the 360-degree camera gives the device twice the aperture of its predecessor, with more “exacting standards” on distortion than a typical doorbell camera. And the lens is now surrounded by eight white LEDs, split up to only illuminate in the direction it’s needed. That’s particularly good news because the only bugbear in our view, aside from the height occasionally meaning it can’t get under sofas and low tables, is that the Dyson 360 Eye isn’t the best in low light.

Ord says that the sensors on the Eye are quite “myopic” by comparison but that with the Heurist, it notices and reacts to obstacles “around 85 per cent of the time”. He also claims the Dyson’s obstacle avoidance is better than competitors such as iRobot which “feel their way around” rather than sensing, even though Roomba’s have sensors on board.

“The only thing that’s missing in robotics is a priori knowledge,” says Ord. “So we’re relying on you to teach it about what’s in your home. In the future, all of our sensors and systems will be able to differentiate between things that should be cleaned versus things that shouldn’t but we’re just not quite there yet.”

And then there’s stairs. “Clearly they still don’t climb stairs. We’re going to need to do something pretty special, which we think about. We need to step towards the abilities we have as humans. You can see the stepping stones along the way.”

This little robot vacuum will have to do a lot to live up to the intriguing, if slightly pretentious, name of Heurist then. “It’s a James Dyson-ism,” says Ord. “It’s Heurist because of the learning and adapting. Learning through experience is the logic I think. We all sat around saying ‘you what?’ and then we thought ‘you’re a genius, it works so well.’”

📺 The best shows coming to Disney Plus UK

💩 Gender neutral toilets are a massive failure (so far)

🏙️ A huge Airbnb scam is taking over London