Dyson Spheres Might Be the Key to Finding Intelligent Alien Life 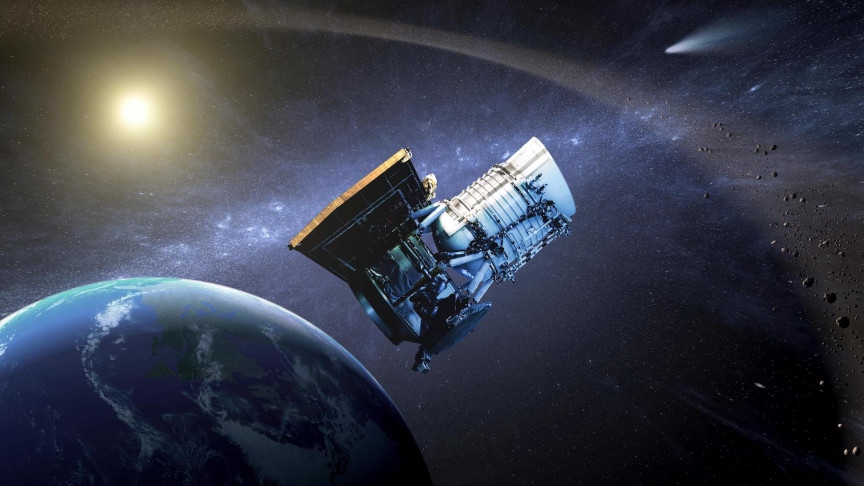 Matías Suazo, a Ph.D. student at Uppsala University’s Department of Physics and Astronomy, is searching for a very specific signal in the night sky. Suazo is part of a growing number of scientists who believe we might be able to observe telltale traces of space megastructures, called Dyon spheres, built by intelligent alien life.

In an interview with Inverse, Suazo said that, in theory, it is “complicated, but not impossible” to find a Dyson sphere in the Milky Way. The Ph.D. student and a team of astronomers released a new paper in the summer exploring the possibility of finding one of the massive machines in our home galaxy. Such a discovery would finally provide evidence that there is intelligent life elsewhere in the universe.

Searching for Dyson spheres in our galaxy

Dyson spheres are hypothetical megastructures built around stars to harness their energy. In a paper published in 1960, Freeman Dyson proposed that the search for extraterrestrial intelligence (SETI) programs should “search for sources of infrared radiation” as these could be a sign of Dyson spheres and, by extension, intelligent alien life. Just last month, a team of Leiden University astronomers announced that, in their search for alien Dyson spheres, they had singled out two distant galaxies whose infrared signatures merited further investigation.

In their study, Suazo and his team used data gathered by Gaia, a European Space Agency telescope that was launched into space in 2013, and NASA’s WISE, a wide-field infrared space telescope. They believe Dyson spheres could take the form of solar panels held in place around stars without being destroyed by their gravitational pull. Such a structure would, in theory, emit radiation in the mid-infrared wavelength at temperatures between 100 to 600 Kelvin. It would also observably glow. The team of astronomers highlighted five stars within our galaxy that could potentially be linked up to an alien-built Dyson sphere due to their infrared signatures.

Harnessing the power of a star

Not only would the discovery of Dyson spheres in our galaxy, or beyond, completely shift our perception of our place in the universe, it could also help us to develop the technology for ourselves — something that Suazo says we might be able to achieve in the next 100 to 200 years. In a recent paper, transhumanist Alexey Turchin suggested that Dyson spheres could give us the power to download our consciousness into a supercomputer in order to live life anew in a like-for-like digital simulation.

Of course, as massive as these hypothetical Dyson spheres might be, finding one is still comparable to finding a needle in the proverbial haystack — the Milky Way alone is home to somewhere between 100 and 400 billion stars. Still, Suazo and his team will continue to use state-of-the-art equipment to search the skies for signs of these so far elusive alien superstructures. Next, they will analyze follow-up observations of their five pinpointed galaxies taken by the Nordic Optical Telescope located in the Canary Islands.