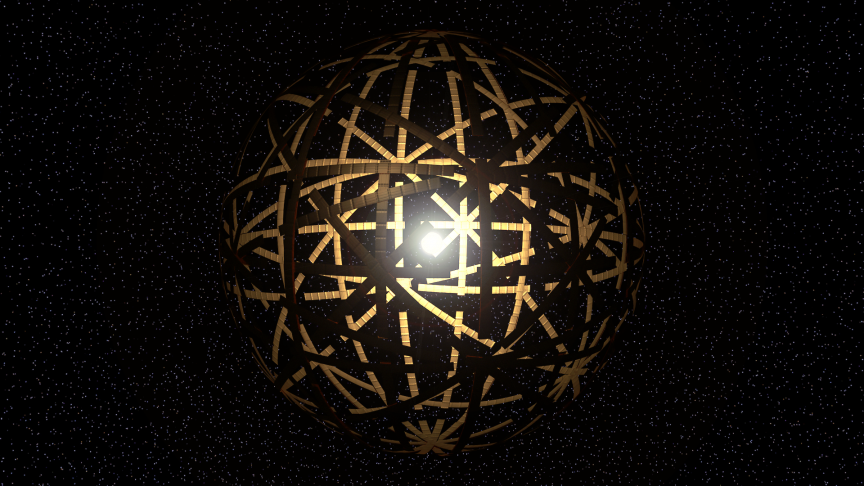 What if our consciousness could live on in the form of a digital avatar long after we are gone? It is a question that was propelled into popular consciousness and culture with dystopian TV show Black Mirror’s “San Junipero” episode from 2016.

One scientist, Russian transhumanist and life extensionist Alexey Turchin, believes that the Promethean technological idea could come true with the aid of the Dyson Sphere, a megastructure built in space that would surround a star and capture its power, a report by Popular Mechanics explains.

The way that this would work is that the Dyson Sphere megastructure would draw from its massive reserves of energy to collect enough personal and historical data regarding a person’s life to build a like-for-like digital copy of that person. Once that copy was made it would be run through a Matrix-like simulation allowing it to relive the person’s entire life. Much like in “San Junipero,” after life had run its course, the copy would then be transferred to a digital afterlife where they could spend the rest of their days with digital copies of friends, lovers, and family.

The idea may sound wonderful to some, but it comes with a megastructure-sized caveat — we are nowhere near possessing the technology required to build a Dyson Sphere. That hasn’t dissuaded transhumanist Alexey Turchin, who has been working on a “Plan C” for an “Immortality Roadmap” project, based on the Dyson Sphere concept, alongside fellow researcher Maxim Chernyakov.

After a classmate of his died when he was 11 years old, Turchin “started to think in science-fiction terms about what could be done,” he told Popular Mechanics. In 2007, Turchin joined the Russian Transhumanist Movement, which aims to use technology to allow humans to transcend their physical and intellectual limitations. Recently, Turchin and Chernyakov outlined their “Immortality Roadmap” in a paper called “Classification of Approaches to Technological Resurrection.”

What exactly is a Dyson Sphere?

The Dyson Sphere was first proposed in a 1960 paper by mathematical physicist Freeman Dyson as a possible structure developed by advanced alien civilizations and a potential signal for the existence of alien life.

In simple terms, it is an enormous artificial structure made out of inward-facing solar panels and mirrors that would orbit a star and capture its energy. As the Sun emits approximately a trillion times our current worldwide energy use, the Dyson Sphere has since been proposed as a technology that the human race could develop once our technological capabilities catch up with the proposal. Such a sphere would constitute a paradigm shift in terms of energy capacity for anyone that could tap into that potential — one of the main reasons Turchin turned to the idea as a means for powering supercomputers capable of such advanced simulations in the future.

Of course, several scientists have pointed out the hugely challenging task of building such structures. “The tensile strength needed to prevent the Dyson Sphere from tearing itself apart vastly exceeds that of any known material,” Stuart Armstrong, a research fellow at Oxford University, told Popular Mechanics. Fordham University physics professor Stephen Holler, meanwhile, stated that a digital copy of a human would be “you up until the point that you download it. After that, it evolves into a different person. It becomes a new entity. The digital copy will always be divergent from the biological copy.” Holler cited the incredibly intricate developmental conditions every human goes through to be exactly who they are. He believes that no computer could replicate those conditions exactly to the point that we could really say it is an exact copy of another human.

As for the technology needed to make such lifelike simulations, that’s another hurdle for Turchin’s concept, though one that we may reach before we are capable of building a Dyson Sphere. In fact, famous engineers and astrophysicists Neil deGrasse Tyson, Stephen Hawking, and Elon Musk all at one point have stated they believe it is possible we may be living in a simulation. That brings to mind the brain-bending notion that scientists could be working towards creating lifelike simulations from within a simulation. From that perspective, maybe Dyson Sphere-powered immortality isn’t so farfetched after all.