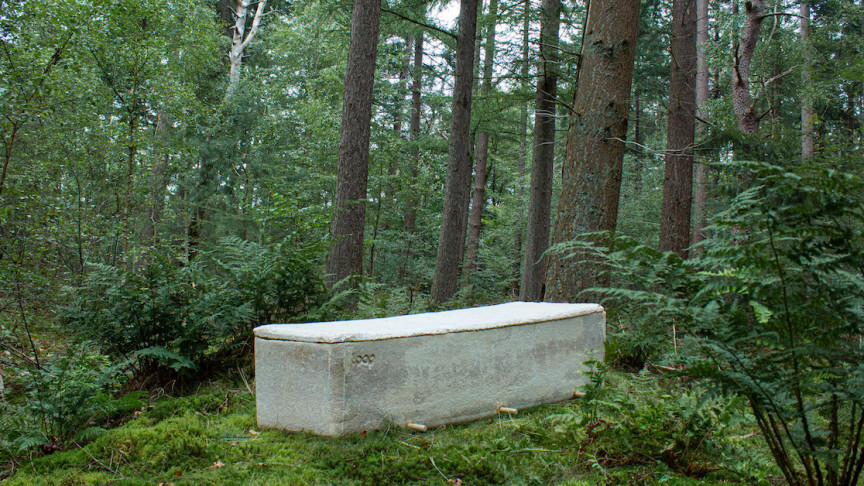 Dutch startup Loop has claimed a world first by providing a coffin for a funeral that was filled with moss and was grown, rather than built, out of mycelium, the fungal mushroom roots that form a vast underground network that is incredibly important for the health of ecosystems.

The company’s goal is to allow humans to close the loop of life by enriching the soil they are buried in rather than contaminating it with synthetic and metal materials.

“The Living Cocoon enables people to become one with nature again and to enrich the soil, instead of polluting it,” Bob Hendrikx, the founder of Loop. That’s all thanks to mycelium.

Hendrikx refers to mycelium as nature’s recycler: “it’s constantly looking for waste materials to convert into nutrients for the environment,” Hendrikx explains in a press release.

“It does the same with toxic substances, including oil, plastic and metal. For example, mycelium was used in Chernobyl, is utilised in Rotterdam to clean up soil and some farmers also apply it to make the land healthy again.”

Mycelium, essentially, is a living organism that has the ability to neutralise all kinds of toxic substances at the same time as providing nutrition to everything that grows above the ground.

Loop’s ‘Living Cocoon’ allows for a body to compost in a fraction of the time that it would in a traditional wooden coffin. In a normal coffin, varnished and metal parts, as well as synthetic clothing, mean that a body can take over a decade to compost. Loop hopes that the Living Cocoon will allow for this process to occur naturally over the course of two to three years.

With the Living Cocoon, the quality of the surrounding soil is improved, allowing the opportunity for new life to thrive.

How is it produced?

The Living Cocoon was developed by Bob Hendrikx, together with researchers from Delft University of Technology and the Naturalis natural history museum.

Production of the natural coffin takes several weeks: the mycelium is grown in the shape of a coffin and then naturally dried so as to pause its growth. Once it is buried, the coffin is exposed to ground water, allowing it to live again and start the composting process.

As Dutch News reports, the coffin has already been incorporated into the collection of two Dutch funeral companies and they have now buried the first person using a Living Cocoon: “after months of development, it was a really impressive moment to be finally able to mark someone’s passing in this extraordinary way,” Hendrikx explains.