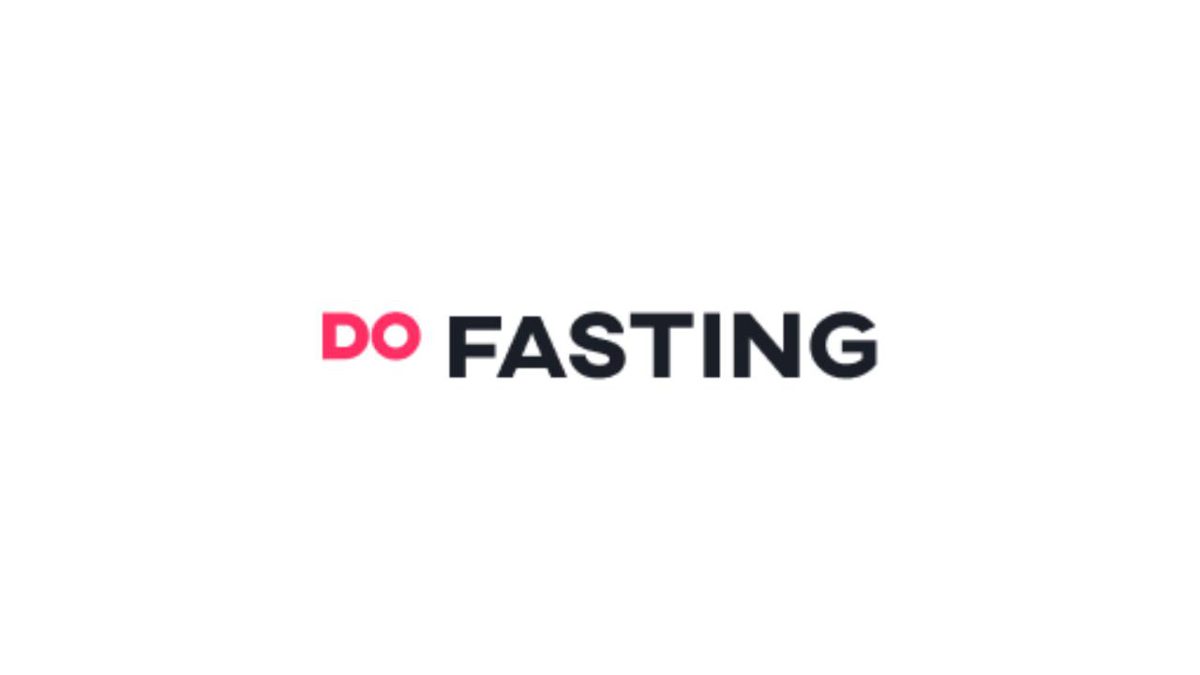 DoFasting is an app for intermittent fasting that charges you a fee ($33 for a 3-month subscription) for a timer that tells you when to fast and when to feed. That’s it, more or less. This fitness app looks like it has more features, but most of them don’t work as well as you’d expect. For example, there are meal suggestions, but if you mark yourself as vegan, it still shows you recipes with eggs. You manually can log calories consumed (a feature that was missing from the app until just recently), but you can’t import them from another app that makes food-logging easy. You also can’t track your mood to see if fasting was more difficult on certain days or weeks. Given the price, you don’t get what you pay for with DoFasting.

Having tested a variety of fitness apps, our pick for intermittent fasting is Lifesum. We like that Lifesum lets you choose what kind of program you want to follow, and not all of them are fasting programs. It helps you track your progress, as well. For 24-hour fasts, Lifesum actually promotes some calorie intake instead of zero, advice you can follow or not, depending on your preferences.

For other kinds of weight management that don’t involve fasting, MyFitnessPal has been a long-time Editors’ Choice app at PCMag. It’s a calorie and exercise-logging app that gives you plenty of information about the nutrients you’re consuming, and it’s especially good at that when you have a Premium subscription. It also lets you follow the diet or weight management plan of your choice, and it connects with dozens of other apps to make the process easier.

DoFasting sells itself as an intermittent fasting app specifically for weight loss. The app helps you choose a type of fasting plan to follow, and then shows you a timer for when to eat and when to fast. The app has a few other pieces, which we’ll explain later.

In early 2020, the Lithuania-based company took some heat, mostly on Twitter, for its advertisements. Business Insider and Shape both covered the controversy. Several of the ads were criticized for promoting eating disorders, and while some may have been in poor taste, the backlash seemed to be as much against intermittent fasting as a practice as against the ads specifically.

What Is Intermittent Fasting?

Intermittent fasting is a practice of observing times of feeding and fasting. The length of time for fasting can vary from a few hours to a few days. As an example, if you don’t eat while you sleep, then your sleep time is a time of fasting. It’s common for intermittent fasters to use sleep as part of their fasting cycle and then delay eating after they wake up. So they might wake up at 6:30 a.m. and not eat a meal until noon. Some fasting programs involve eating nothing at all while fasting. Others use a reduced-calorie method instead, as mentioned in the case of Lifesum.

Fasting can be dangerous depending on how extreme it is and the particulars of an individual’s health, including the medications they take. We at PCMag neither endorse nor oppose intermittent fasting as a practice. Consult a doctor if you’re interested in it or any other weight-loss plan.

Set Up and Getting Started

DoFasting is available as a free Android app and iPhone app, but you can only use the app after you go online to create an account and pay for it. You can’t pay for DoFasting from the app itself. Developers sometimes prevent customers from subscribing through the mobile app to skirt the hefty 30 percent fee that Apple and Google otherwise charge.

To create an account with DoFasting, you answer a series of questions, including whether you’re male or female, when during the day you feel hungriest, what time of day you eat your meals normally, how much you work out, whether you work and if it’s seated work, plus height, current weight, and desired weight.

I ran through the setup using true data for myself, and then I did it again (but stopped before payment) to see what would happen if I said I was a six-foot tall 160-pound male who wanted to be an impossibly and dangerously thin 95 pounds. The app said I could lose four pounds in the first week and would hit my goal weight in ten months. When I reached out to the company to ask why the app didn’t raise any red flags about this dangerous weight goal, a representative said via email, “After completing our questionnaire a BMI index is shown to the potential customers. If a person is underweight, we strongly urge them to consult their physicians before entering the program.” We did not ever encounter a BMI index during signup. In other fitness apps, you get a warning if you enter a dangerously low goal weight right away. A few weeks later, I entered the same numbers into the app again and saw a message noting that my BMI at my goal weight would be dangerously low, so at least the company has added a warning. However, even on a full-sized monitor, I had to scroll down the page to see that warning.

When you pay for your account, be prepared for upsells. In testing, I turned down at least four offers. Don’t you want to pay for a personal nutritionist, and fiber packets? How about some chocolate or vanilla flavored Keto Fuel, or a lifetime subscription? Lines like, “We are probably losing money on this deal…” make it sound like they’re selling snake oil.

The app has four parts, plus profile settings. The parts are Home, which is a little dashboard with your fasting timer; Workout with suggested workouts; Meals with suggested recipes; and Articles.

Home has a timer showing when to eat or not eat, and how much time you have left in your window. You can change your fasting program at any time. For example, you might start with a 16:8 plan, meaning you fast for 16 consecutive hours and then eat as you like during an 8-hour window. If that’s too hard, you can switch to a 14:10 plan or a 12:12. You can also change the hours of your eating and fasting windows at any time. You could get the same results with most standard timer apps, of course. A real thorn in our side here is that you get ads for additional dieting and wellness products on the Home screen. You can dismiss an ad when you see it, but the next day you’ll get another one.

The company recently removed a stat from the Home page that supposedly showed “Fasts completed,” which was always zero. This change came after, during the course of my testing, I asked the company why the number never changed from zero.

Workout has suggested workouts. These are on-screen animations that coach you through a few moves to stretch and do calisthenics. It works, although you must press a “next” button to move from one exercise to the next, which is tedious.

The Meals area lets you explore healthy recipe ideas. You can enter into the settings that you are vegetarian, vegan, or have an “intolerance” to nuts, lactose, or gluten. I let the company know that when I noted I was vegetarian or vegan, I still saw meals with meat in them. They said they were addressing that bug in the next app update. After the update, I again marked myself as vegan and immediately saw two recipes that included eggs as a main ingredient (vegans don’t eat eggs). Vegans looking for meal ideas may want to try the meal delivery service Purple Carrot or Hungryroot, which sends groceries with suggested recipes and has an exclusively vegan option. Vegetarians and those trying to reduce meat intake might enjoy Green Chef, which is an Editors’ Choice meal delivery service.

If you select a meal on DoFasting and indicate that you ate it, its calories are added to a little counter that appears at the top of this page. The app now has an option to manually enter calories consumed instead (a feature that was previously not included). The app does not let you search for foods you’ve eaten to help you estimate the number of calories or provide you a barcode scanner for adding information from packaged foods. Those two features are standard in most calorie-logging apps, like MyFitnessPal. It would be helpful if you could simply connect to MyFitnessPal to import calories consumed and burned, but you can’t do that either.

Articles in the Articles section appear to be content from DoFasting’s blog, primarily. At the time we initially tested the app, none of the articles had a byline or source attributed to them. Some of the language and tone of the articles didn’t have the same ring as other materials written by the company, so we chose a few sentences at random and searched for them in quotes. We found that several of these articles also appear other places online, particularly in free ebooks and PDFs. When we approached the company about this point, a representative said, “The content in our blog is either written by the content team/our nutritionists or is based on the sources available to the public.”

Since that time, DoFasting has added new articles with bylines and separately published a page with bios of three people on the so-called Nutrition Team. We contacted one of them who confirmed they were hired to fact-check two articles and said they “don’t really have an extensive relationship” with the app or company. DoFasting did not respond to our query about the fact that entire sentences or more from many of their articles were identical to other sources.

How to Cancel DoFasting

To cancel, you have to send an email (to [email protected]) and hope someone receives and processes your request quickly. When we emailed to cancel, we did receive a reply within 24 hours of making the request. The representative confirmed that our credit card would no longer be charged and that the account would continue to work through the end of the three-month period.

Generally speaking, we much prefer self-service cancellation—logging into an app or web account and pressing a button to automatically cancel. It’s better for the consumer and builds trust with the company. Having to send an email feels like a tactic to make cancelling intentionally difficult. A representative from DoFasting said that adding a self-serve cancellation feature is on the company’s roadmap.

Considering what you get for the price, DoFasting doesn’t seem worth paying for. Fortunately, there are plenty of good options for other fitness apps and fasting timers that we can recommend. As mentioned, Lifesum is an excellent app for intermittent fasting, and MyFitnessPal is a great app overall for monitoring calorie intake and burn. If you’re looking for apps that offer different approaches to weight, Noom and WW Digital (formerly Weight Watchers) are also worth checking out.