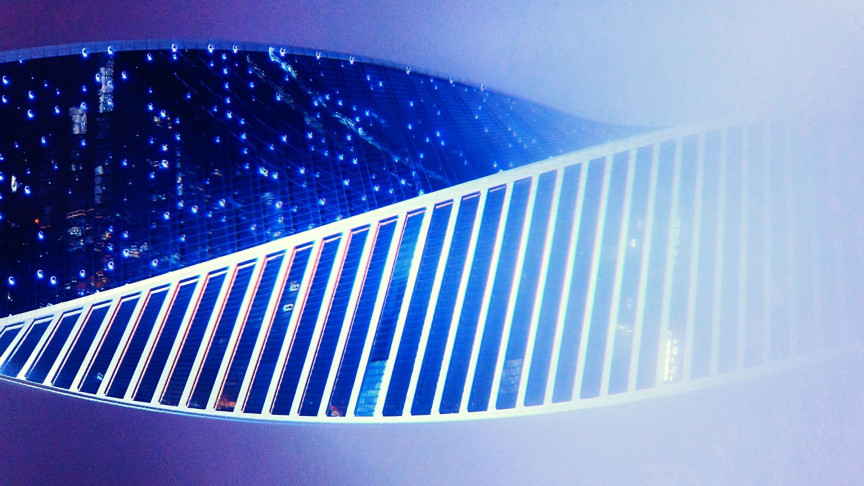 Years ago, the world marveled as it recognized that more human information was created on the internet than had been written in thousands of years of human history. But with the information age growing more complex by the day, we may have to look at new ways of storing information, and it turns out the DNA we’re made of might hold the key to the ultimate organic hard drive.

A team of scientists has developed a new way of storing data, using pegs and pegboards composed of DNA, which can be retrieved via microscope, in a molecular variant of the traditional Lite-Brite, according to a recent study published in the journal Nature Communications.

Fluorescent patterns in DNA can store mountains of data

The prototype can store information in DNA strands with a 10-nanometer space between them. This distance is less than one-thousandth of the diameter of a human hair, and roughly one-hundredth the size of a living bacterium. The team tested a digital nucleic acid memory (dNAM) with the storage of a simple statement: “Data is in our DNA/n.” Earlier attempts to retrieve data stored in DNA called for DNA sequencing, which involves reading the genetic code of DNA strands — which is a critical tool in biology and medicine, but not very efficient for DNA memory.

The DNA pegs were placed at less than half the wavelength of visible light away from one another, which allowed the researchers to use super-resolution microscopy — avoiding what’s called the diffraction limit of light. This enabled the team to observe, read, and extract the encoded data without performing labor-intensive DNA sequencing. The DNA pegs (which are patterns of DNA strands) actually “glow” when DNA with fluorescent labels binds to them. And, since fluorescent strands of DNA are short, they bind and unbind in rapid succession, creating a “blinking” effect that distinguishes one peg from another, lowering the difficulty of reading encoded information. The team used every pegboard’s fluorescent patterns to code and store volumes of data.

Data stored on DNA strands can last for 500 years

And using the microscope, the team imaged hundreds of thousands of DNA pegs in one recording, allowing for an error-correction algorithm to retrieve all data. Once all of the bits were organized via algorithms, the prototype DNA decoder could read data at 330 gigabits per square centimeter. While this technology likely won’t show up in smartphones or laptops in the near future, DNA storage has incredible potential for archival use. In case you missed it, DNA evolved to store unconscionable amounts of data. If we knew how, our genes could store all of the emails, tweets, songs, photos, films, and books that ever existed in a DNA volume the size of a jewelry box.

And the data would retain fidelity for centuries, since the biomolecule has a half-life of more than 500 years. Five Hundred!

This recent project came on the heels of many advances into the notion of storing data in DNA. In 2020, scientists developed a scalable DNA-based data storage system that uses a single strand of DNA. Called DORIS, the method seeks out a relevant primer-binding sequence of DNA without disrupting the double-stranded DNA. “We’ve developed a system called Dynamic Operations and Reusable Information Storage, or DORIS,” said Albert Keung, in a SciTech Daily report. “That has helped us address some of the key obstacles facing practical implementation of DNA storage technologies.”

DNA storage has a clear advantage over technological alternatives, like quantum computing. Not only because we know it works (we wouldn’t be here if it didn’t), but because it can already store everything our culture cares about, and last for centuries. While still in its nascent stages, the capacity to store mountains of information in DNA is too promising to ignore in the coming decade.