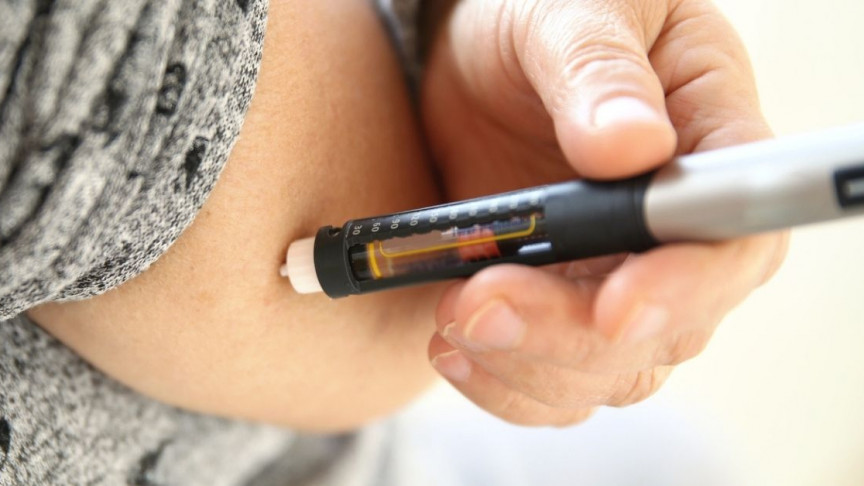 A type-2-diabetes patient has to do injections every day with some patients doing multiple injections. That may soon change for many though, a new once-weekly insulin analog has just passed Phase 2 trials and its results are published in The New England Journal of Medicine.

According to the results, the once-weekly injection is as effective and as safe as the traditional basal insulin treatments. A larger Phase 3 study is on the way.

Harpreet Bajaj, the lead investigator of Phase 2 says: “We know that many people with type 2 diabetes prefer simplicity, meaning fewer injections and more convenience than what is currently provided with once- or twice-daily basal insulin treatment regimens,”

The new treatment regimen is being developed by Novo Nordisk and is named insulin icodec. Technically an insulin analog, the substance has a half-life of seven days inside the body.

It works via binding to albumin, a protein originating from the liver that is concerned with fluid balance inside the body. Binding to albumin helps it maintain a slow and sustained release. The study was conducted with 247 subjects in a double-blind manner. A placebo group was given traditional daily injections and a placebo weekly one, the other group was given daily placebo injections and real icodec ones.

In the end, icodec treatment was found to be just as effective at managing blood sugar levels as traditional daily basal insulin injections.

Bajaj says “This phase 2 trial demonstrates the potential benefit insulin icodec could offer to people with type 2 diabetes in need of insulin therapy, aiding easy transition onto a new treatment option without the daily burden and complexity that is associated with current therapies and potentially even experience more time in good glycaemic control with low risk of hypoglycemia,”

This treatment regimen could prove useful beyond its obvious convenience benefits according to Robert Gabbay of the American Diabetes Association. He spoke to HealthDay (via MedicalXpress) stating that many people struggle with consistently doing their injections every day, be it older people who are prone to errors or younger people who have unpredictable and offbeat lifestyles.

Gabbay notes that “Making insulin simpler for people facing physical or cognitive challenges who are cared for by another person is potentially a benefit of weekly insulin. The chance for an error is less if medication is given once a week rather than seven times.”

We should also note that Gabbay is not affiliated, nor derives direct benefit from Novo Nordisk. A larger Phase 3 is set to launch later in 2020, another smaller trial was recently completed investigating icodec for type-1-diabetics, the results are yet to be published.