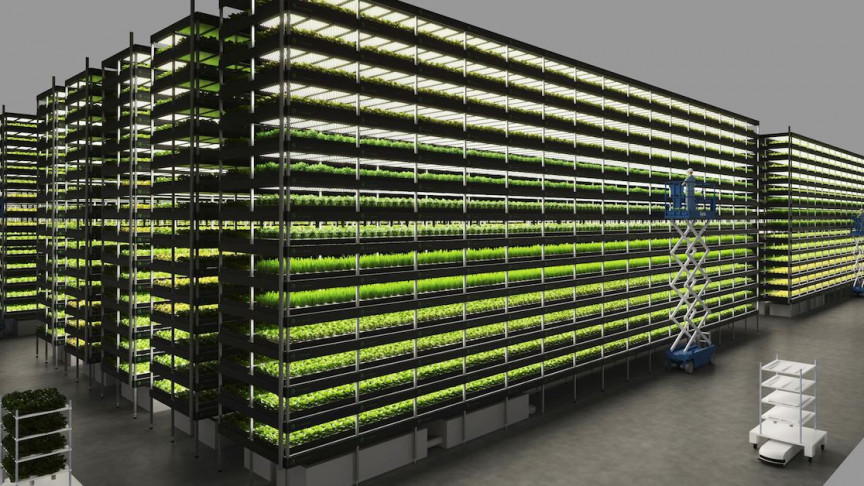 A new vertical indoor farm being developed on the outskirts of Copenhagen will soon produce 1,000 metric tons of greens a year locally.

Developed in a collaboration between Danish startup Nordic Harvest and Taiwanese tech company YesHealth Group, the farm will allow crops to grow indoors during the winter that would otherwise have to be imported.

RELATED: 9 ROBOTS THAT ARE INVADING THE AGRICULTURE INDUSTRY

The technology for the farm itself was developed by YesHealth Group, a company that has devoted the last decade towards developing vertical farm tech.

YesHealth Group’s partnership with Nordic Harvest allows the company a foothold in the sustainable food tech market in Denmark.

The companies’ new facility will use hydroponics, a technology used in most indoor farms. This allows food to grow with little water and doesn’t require the use of any pesticides.

The new farm will be larger than 75,000 square feet (6,967 square meters) and will run solely on wind power. As many of the working parts of the farm are automated, labor costs for the owners are also low.

YesHealth Group develops its own LED lights, which have been honed over the last decade to be as efficient as possible so as to reduce electricity demands for the farm. The company says that its products will be priced similarly to organic greens to begin with, and prices will lower as the technology becomes more efficient.

As per Fast Company, YesHealth Group plans to expand globally including other locations in Europe, as well as Singapore, the Philippines, Dubai, Saudi Arabia, and South Africa next year.