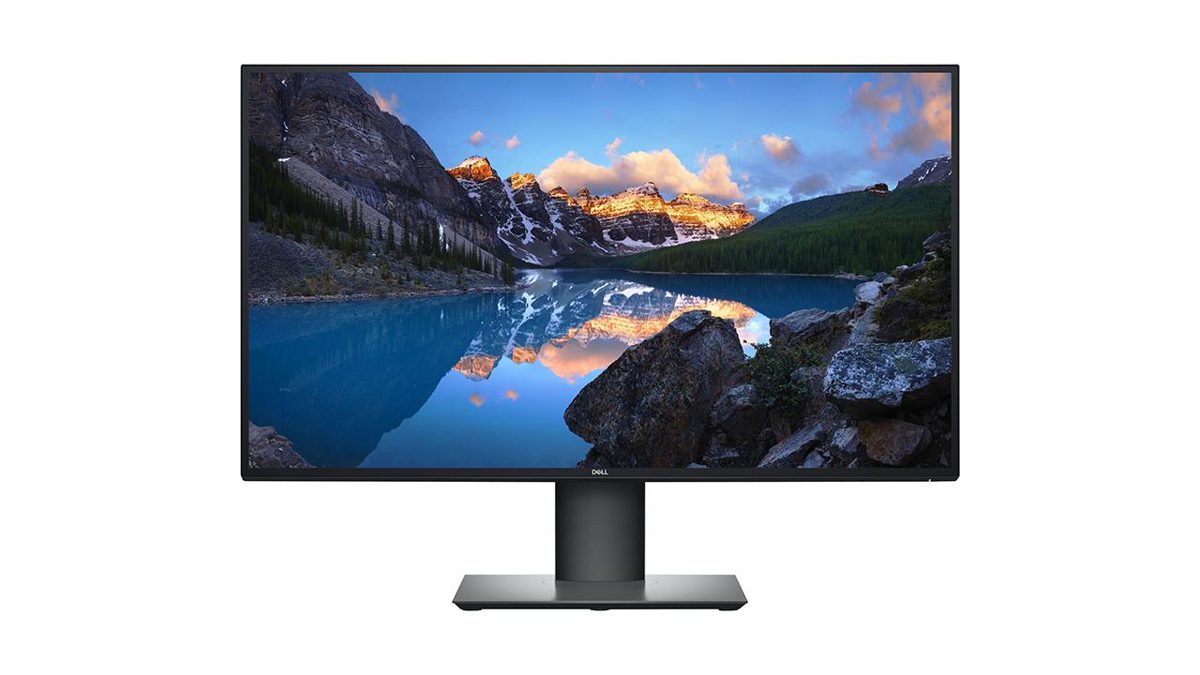 Dell’s $579.99 UltraSharp 27 4K USB-C Monitor (U2720Q) is a 27-inch productivity monitor with UHD resolution, solid color accuracy, and a full set of ergonomic controls. It offers the performance and features of a high-end business monitor geared to workers involved in color-critical tasks such as processing photos for upload. The U2720Q lies between basic 27-inch 4K displays and professional models geared to graphic-arts studios. In some ways, it’s akin to the Editors’ Choice Dell UltraSharp 27 4K PremierColor (UP2720Q). Both feature UHD resolution, as well as a similar design and feature set, and both emphasize color accuracy. Think of the U2720Q as a productivity monitor for employees who need to work with photos and graphics now and then; the UP2720Q is a true professional monitor that includes a built-in calibration tool, which boosts its price considerably. The U2720Q is its “lite” alternative.

The U2720Q has a typical form factor for a Dell business monitor. The panel is set in a cabinet that is black in front, and gray and black in the back. It has very thin bezels at the top and sides, and on the bottom a slanted bezel that hosts tiny control buttons at its right-hand edge. It is well equipped ergonomically, with up to 5.1 inches of height adjustment, a tilt range from 5 degrees downward to 21 degrees upward, swivel control of up to 45 degrees to either side, and the ability to pivot 90 degrees (from landscape to portrait and back) in either direction. 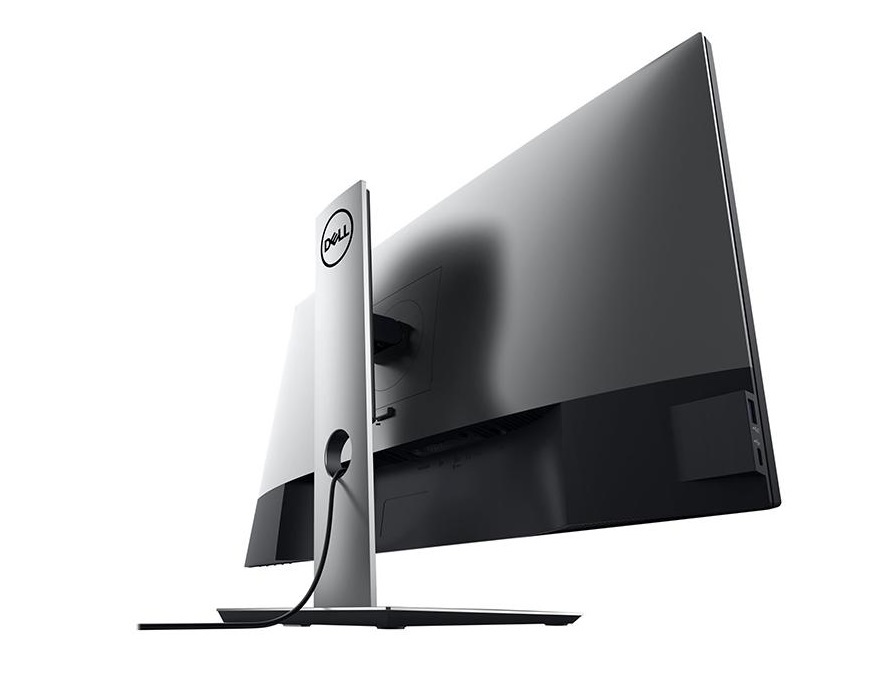 With its stand extended to its full height, the U2720Q measures 20.7 by 24.1 by 7.3 inches (HWD) and weighs 21.2 pounds. Its rectangular base has a 9.5-by-7.4-inch footprint. A vertical shaft, with a round hole about four inches from the bottom through which you can snake cables, connects the base to the cabinet. If you would prefer to wall-mount the monitor, there is a square array of VESA mounting holes spaced 100mm (3.9 inches) apart on the back of the cabinet. 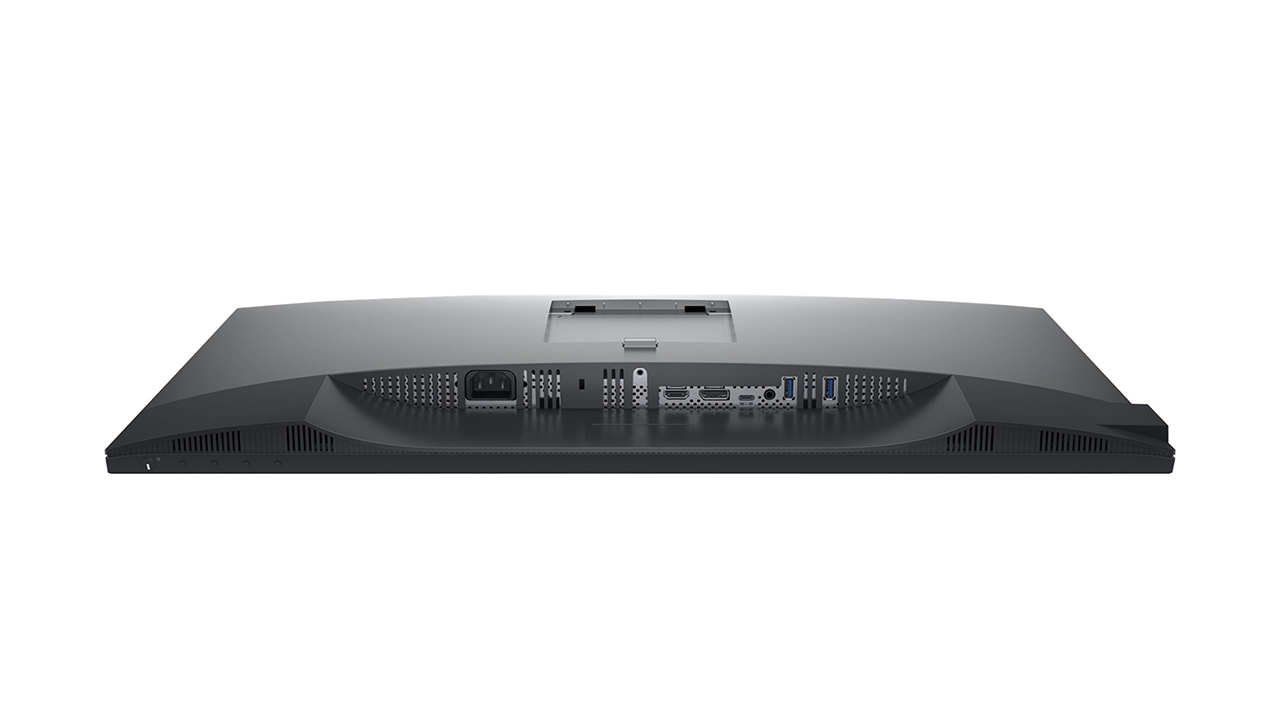 One of these rear USB-C ports can deliver 90 watts of power to your laptop, even when you’re pushing a video signal from it via the same cable.

One USB-C and one USB Type-A port are easily accessible on the left side, and even the downward-facing ports in back are not hard to reach—you can just rotate the monitor up into portrait mode and they will be facing you. 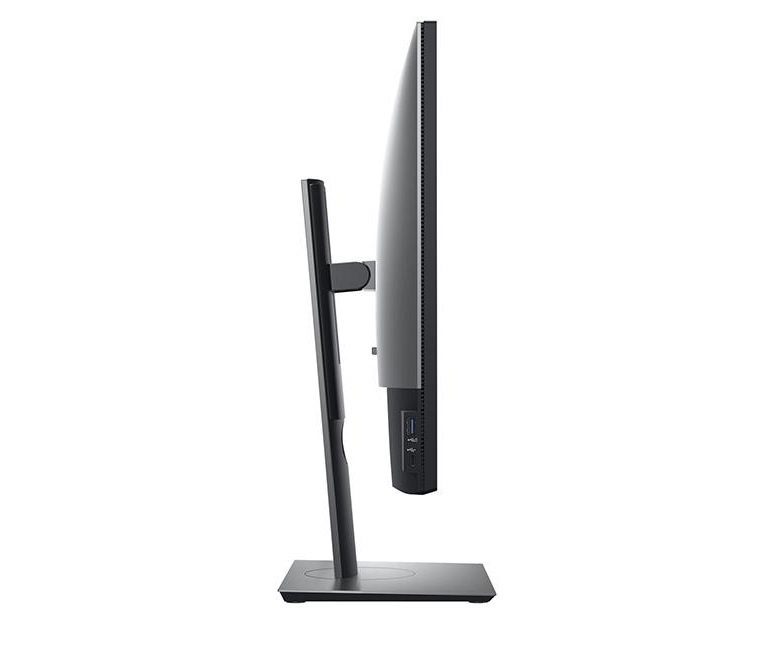 Navigation through the U2720Q’s onscreen display (OSD) is easy and intuitive, which wasn’t the case with the rival Lenovo ThinkVision P27u-10, whose navigation took quite a while to figure out. The Dell’s navigation is controlled by those four small, physical buttons I mentioned, next to the power button on the right side of the monitor’s bottom bezel.

When you press any of them, illuminated icons appear above all four. Within the menu system, they are identified by up, down, and right arrows, plus close. It is easy to navigate through the OSD by using them. Within the menus, you can change color space, input source, brightness, contrast, and a host of other common parameters. 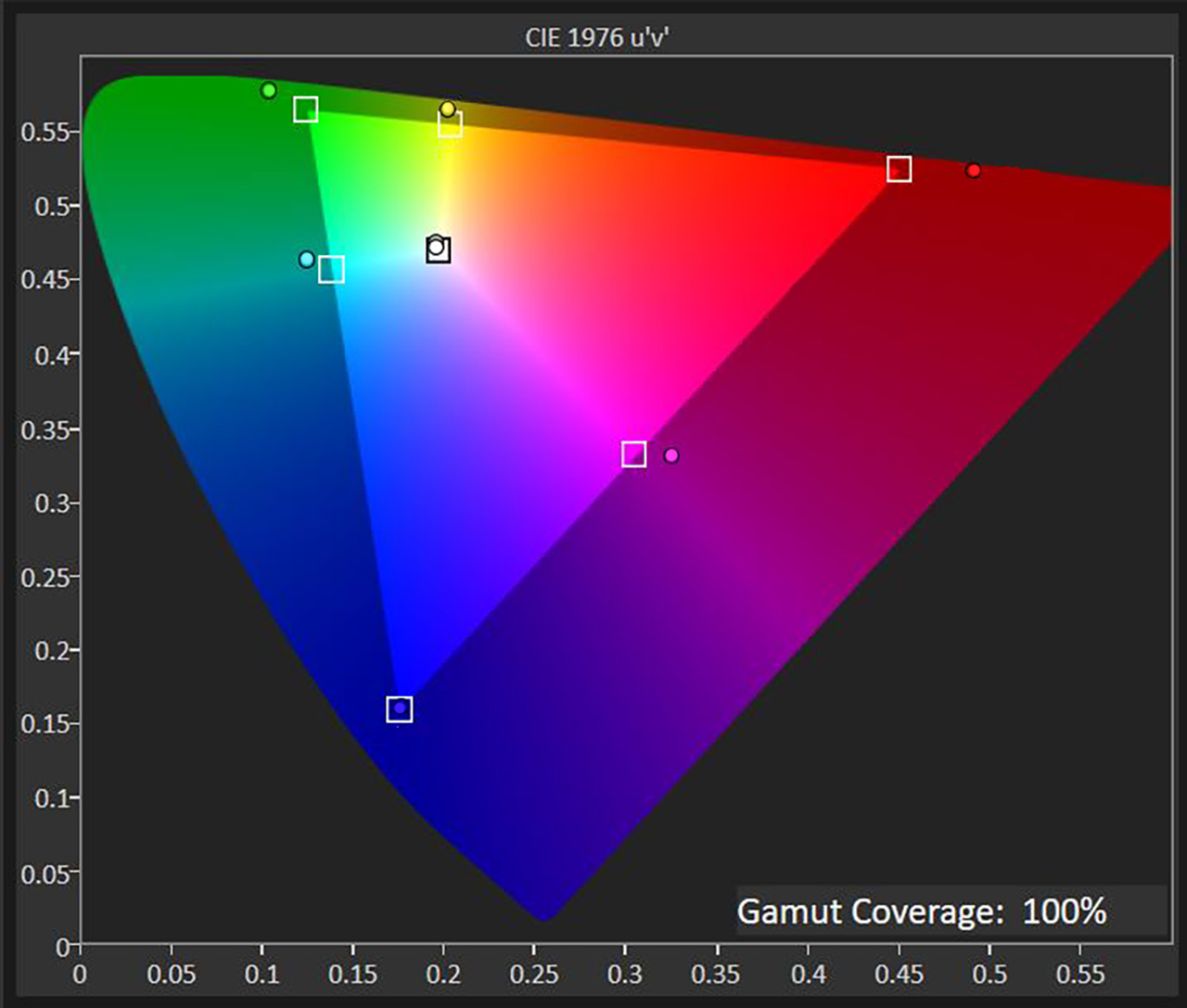 The area within the triangle represents all the colors that can be made by mixing the primary colors red, green, and blue. The circles, representing my measurements, mostly lie a bit outside the triangle, and are evenly spaced throughout.

Rated luminance and contrast ratio are 350 nits (candelas per meter squared) and 1,300:1, respectively. In Standard mode at default settings, the monitor turned in 232 nits, with a 1,267:1 contrast ratio. That contrast ratio is right on. (See how we test monitors.)

The U2720Q has a VESA DisplayHDR rating of DisplayHDR 400, the most basic level on VESA’s HDR scale. It has several HDR settings: DisplayHDR, Movie HDR, and Game HDR. It is worth experimenting with them to see which you find the most pleasing.

With high resolution and a full set of ergonomic features, the Dell UltraSharp 27 4K USB-C Monitor (U2720Q) can help you get the most out of your workers, particularly those engaged in color-critical tasks like preparing photos and illustrations for the web. Its price and features put it among other elite productivity monitors such as the Lenovo P27u-10. 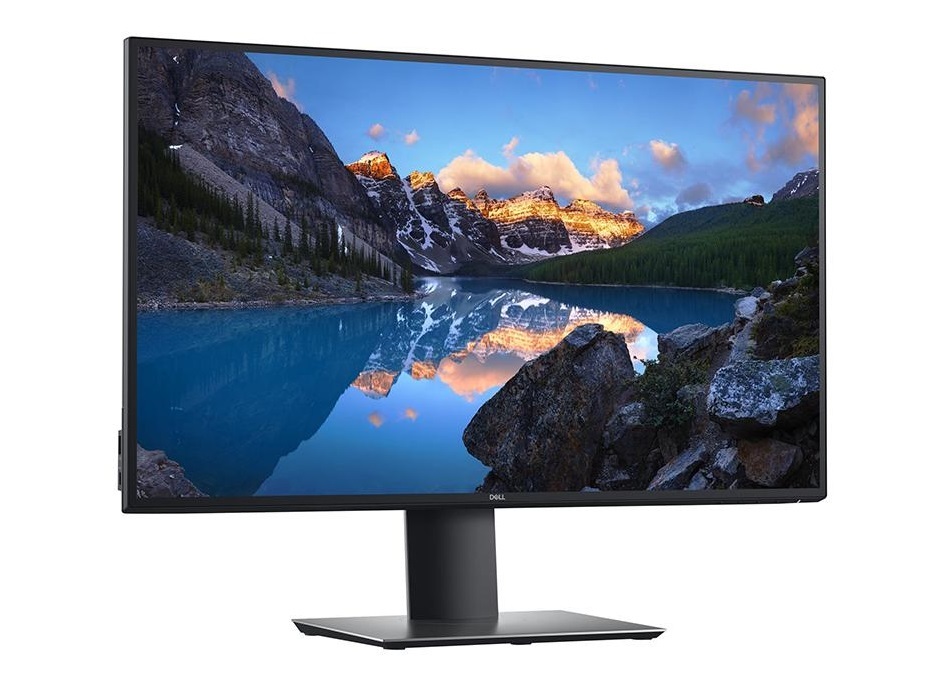 You can get a 27-inch UHD monitor for considerably less than the U2720Q, but you may have to sacrifice some features—for example, ports and some ergonomic control in the case of the HP 27f 27-Inch 4K Display. If you need a professional graphic arts monitor, you will want to spring for the likes of the ViewSonic VP2785-4K, if not the Dell UltraSharp 27 4K PremierColor (UP2720Q), which includes a built-in colorimeter. The U2720Q falls somewhere in the middle, offering good performance and color accuracy at a premium price, yet one more affordable than a full-fledged professional monitor.