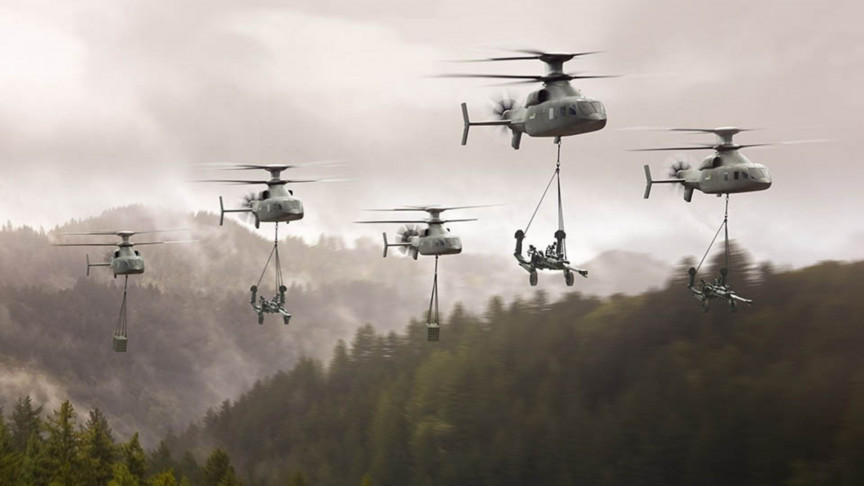 As part of its FLRAA program, the U.S. Army is looking to extend the capabilities of its aviation wing that already is equipped with Black Hawks, Apache, and Chinook helicopters. Having built 90 percent of the U.S. Army’s rotorcraft, the two big powerhouses, Lockheed Martin and Boeing have come together to build the helicopter that can fly twice as fast as the BlackHawks.

The recent trials conducted in South Florida saw the Defiant X exceed 245 knots in level flight. In addition to that, the helicopter took greater than 60-degree banked turns and lifted an external payload of a guided multiple rocket launch system that weighed around 5,300 pounds (2,400 kg). In addition to integrating U.S. Army pilots into the Defiant program, the helicopter has also shown low-speed agility with fly-by-wire controls.

The Defiant X incorporates Sikorsky’s X2 technology that enables high-speed operations even for performing tasks that need low speeds. This will allow the Army’s aviators to maneuver rapidly in high-threat environments while reducing the risk of exposure to enemy fire.

“We demonstrated DEFIANT’s ability by flying 236 knots in level flight, then reducing thrust on the propulsor to rapidly decelerate as we approached the confined landing zone. This confined area was extremely tight, requiring us to delay descent until nearly over the landing spot, followed by a near-vertical drop. We landed DEFIANT precisely on the objective with little effort as we descended into this narrow hole while maintaining clearance on all sides,” Bill Fell, chief flight test pilot at Sikorsky and retired Army aviator said.

With the Defiant X, the U.S. Army will be able to deliver troops and cargo at twice the range of its current fleet.