Data Privacy and Why the New Way of Working is Hybrid 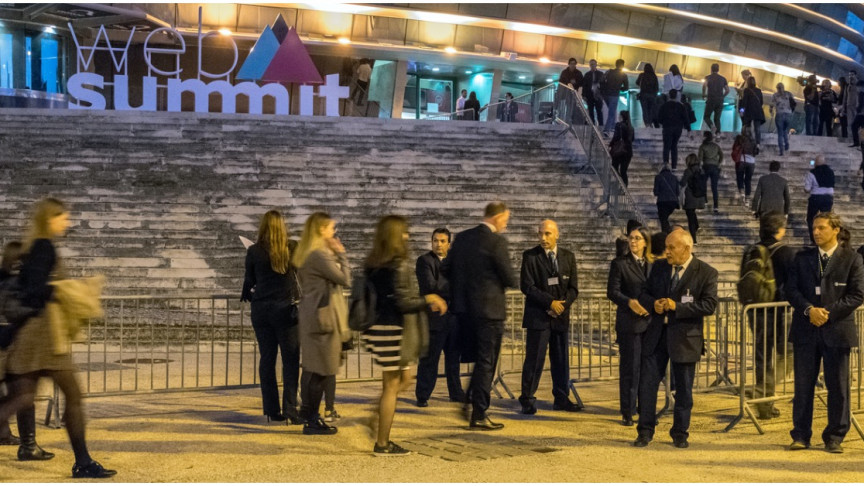 Web Summit 2020 (Live from Lisbon, Portugal) is streamed on December 2 to 4 as a virtual event, just like every other event this year. The largest technology conference in the world –today on its second day– runs for eight hours (12 to 8pm GMT). Attendees have the opportunity to learn about the latest technology trends, innovation, and network from the comfort of their own home. We are getting used to it, aren’t we? If you missed the summary of Day One, here it is.

This year, the three-day Web Summit conference takes place on the Web Summit web app that can be downloaded from Google Play and the Apple Store.

Mayor Khan addressed the issues that arose when the United Kingdom launched its Covid-19 tracing app. He said that “there was a big concern about who would have that data, and concern about Big Brother. By talking to and listening to Londoners, what the government agreed to do,” he said, “is to make sure there’s no central ownership of the data and it’s more autonomous, in relation to that data being pinged from people to people rather than from people to the government.”

“We are working closely with the private sector in the absence of national legislation, which is why these conversations are so important,” said Mayor Sadiq Khan. “It’s important that we are transparent about what the rules of the games are. There’s no point in having great technologies if they don’t satisfy the expectations we have about the use of it,” he said. “No one wants their civil liberties infringed or their human rights abused,” Khan said.

The Mayor of Toronto, John Tory, said: “We made a huge amount of progress because the one thing I think we have more or less put to bed was the question of data.” He explained “this was a huge concern to people, because there is this fear with respect to outsized multinational companies –as opposed to other people– collecting data, including the government.

The Mayor of Lisbon, Fernando Medina, took a different approach to protect his citizens’ data: “There was a system that we designed that only the physicians and nurses had the individual information about a person,” he said.

The Prime Minister of Spain, Pedro Sánchez, announced the introduction of a new Startup Act, and the appointment of a high commissioner who will be tasked with transforming Spain into an entrepreneurial nation by the end of this decade.

The Founder and CEO of Zoom, Eric Yuan, talks about how the way we work has dramatically changed forever, and why “we’ll witness a new hybrid way of working when the pandemic is over.”

Highlights from Day Two include the following announcements from partners and speakers:

If you are missing in-person conferences, there is good news; Web Summit announced today that in 2022, the company will host a brand new event: Web Summit Tokyo.

Web Summit Tokyo will take place in September, followed by Web Summit Lisbon in November. Web Summit will also come to Brazil in 2022. The cities pitching to become host are Rio de Janeiro and Porto Alegre.

Last but not least, Web Summit announced the return to an in-person conference in November 2021 in Lisbon, Portugal.

Stay tuned and come back tomorrow for the latest on Day Three –and last– of Web Summit 2020.