DARPA Wants to Have Nuclear Thermal Rockets Ready by 2025 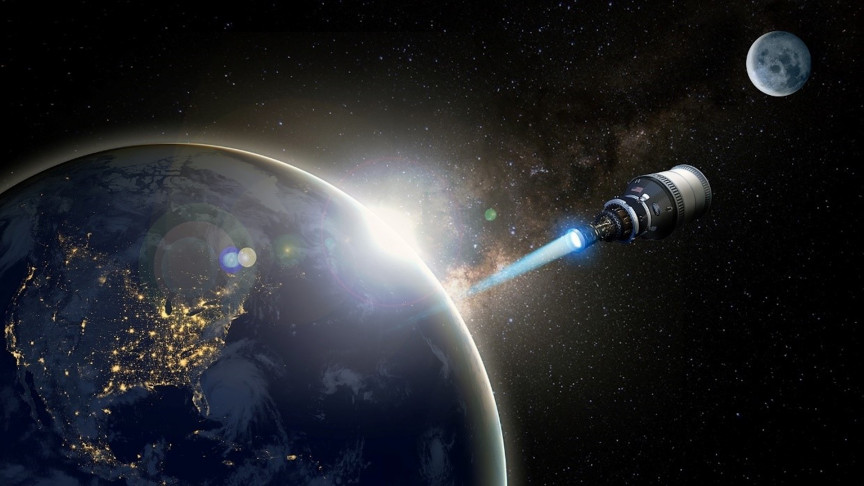 The goal of the DRACO program is to demonstrate a nuclear thermal propulsion (NTP) system above low Earth orbit in 2025, DARPA explains in a press statement. With mission success, DARPA would have built the first rocket using a technology that could halve our travel time across the Solar System.

Double the energy of the most advanced liquid propellant rocket

The limitations of electric and chemical space propulsion systems mean they are unable to achieve the speeds required to travel to the distant reaches of the universe. DRACO’s nuclear thermal propulsion system may change as it has the potential to achieve high thrust-to-weight ratios comparable to in-space chemical propulsion at the same time as match the high propellent efficiency of electric systems. The program is focused on rapid transit between the Earth and the Moon, though it would likely be further developed to also reach Mars and beyond.

In a press release, the Sierra Nevada Corporation announced that it will be working with General Atomics on the NTP program. The company stated that “NTP offers a high thrust-to-weight ratio around 10,000 times greater than electric propulsion and two to five times greater specific propellant efficiency than chemical propulsion.” It also explained that the nuclear thermal propulsion system will use a liquid hydrogen propellant heated by a nuclear fission reactor. This will provide double the energy output of today’s most advanced liquid propellant rocket engine.

Nuclear propulsion can cut the travel time to Mars in half

“The NTP technology we seek to develop and demonstrate under the DRACO program aims to be foundational to future operations in space,” said Maj Nathan Greiner, USAF, program manager for DRACO. The DRACO program is currently in Phase 1. This will last 18 months, during which the recently-announced contractors will design the nuclear thermal propulsion reactor and propulsion subsystem concept. The contractors will also produce an “Operational System (OS) spacecraft concept to meet mission objectives and design a Demonstration System (DS) spacecraft concept,” DARPA says. According to Greiner, the “first phase of the DRACO program is a risk reduction effort that will enable us to sprint toward an on-orbit demonstration in later phases.”

All going according to plan, Phase 1 will inform follow-up phases, which will include the fabrication and on-orbit demonstration of the rocket. DARPA’s project isn’t the only one trying to improve the efficiency and speed of space travel via nuclear propulsion. In March, radiation detection firm U.S. Nuclear Corp called on NASA to sign a contract to develop a nuclear fusion-powered spacecraft for crewed flight to Mars. The UK Space Agency also announced in January that it is collaborating with Rolls Royce to develop a nuclear propulsion system that it estimates will reduce the travel time to Mars by half.