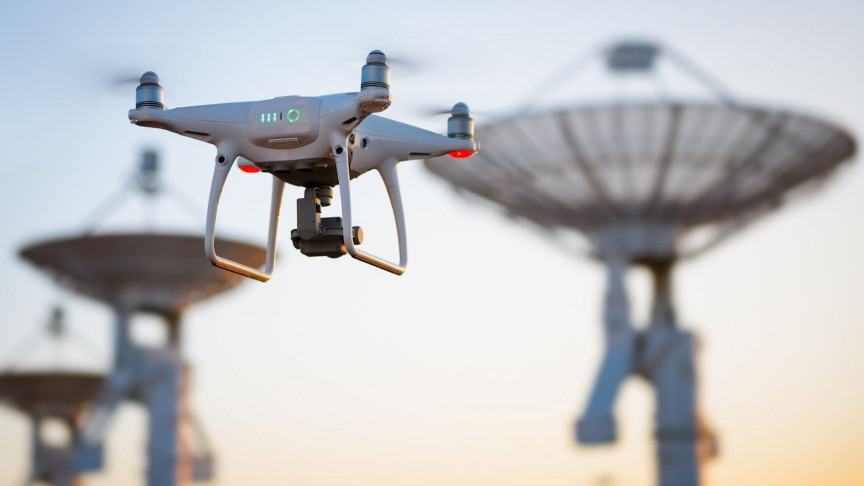 The Defense Advanced Research Projects Agency (DARPA) has funded a company called Electric Sky to build a prototype for a wireless charger for its drone swarms, according to this press release.

The concept of wireless power has been around for many years now, and innovators have used different techniques such as lasers and microwaves, to name a few. The most common complaint of these techniques, however, is that the charging gets weaker as the distance between the transmitter and the receiver increases. Seattle-based Electric Sky has proposed a solution that addresses this issue.

The company calls its technology, Whisper Beam, the electromagnetic equivalent of a whispering gallery. As the company’s CEO Robert Millman explains in the press release, “In a whispering gallery a single listener across the room can hear the speaker but no one else can, not even people standing directly between the speaker and listener. The sound is too weak for them to hear.”

The basis of the technology is an invention from Jeff Greason, co-founder of Electric Sky. According to the company’s website, Greason was involved in developing the Pentium processor during his stint with Intel after which he moved to the aerospace sector building chemical combustion rockets. XCOR Aerospace, another company that Greason has co-founded developed the EZ Rocket, a horizontal take-off and landing space vehicle.

Greason notes in the press release that long-distance power transmission isn’t impossible, but rather, has been costly. With his invention, the cost of the ground-based transmitter can be reduced along with the size of the onboard receiver. Interestingly, the technology can be used on any aircraft that uses electric propulsion, whether fueled by batteries or hydrogen fuel cells.

For the DARPA project, Electric Sky will explore whether its technology can be used to power up drone swarms. The company will first build and test a lab bench demonstrator that can work at short distances and then use the data to develop the long-distance, higher-power transmitter that will be further adapted to follow the drones in the sky, the press release said.