DARPA Carries Out Tests on Its Flying Aircraft Carriers 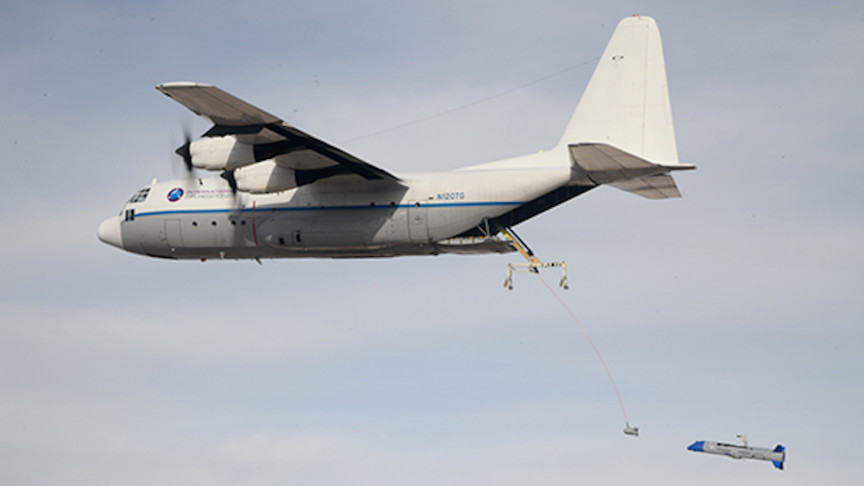 Future warfare promises to be nothing short of a Marvel movie. From killer robots and autonomous weapons to drones autonomously scanning deep waters for submarines, what you can think up can most likely become reality. That includes massive flying aircraft carriers.

The U.S. has a bold and imaginative plan to move heavy aircraft carriers from floating on water to flying in the air. As these massive ships become more easily targeted by new missile technology, the Pentagon is working hard to keep them relevant in future warfare.

This is where DARPA’s Gremlin project comes in. The current project includes flying a converted C-130 aircraft filled with X-61A Gremlins Air Vehicle (GAV) — unmanned aerial vehicles — that launch and land from the aircraft mid-air.

The GAVs then fly around in a swarm, autonomously operated, surveilling the area and potentially even taking part in some fighting action, The Economist reported.

When it comes to deploying the GAVs from the C-130, they would drop from the aircraft into the air, deploy their wings, and switch their engines on. From there, a human operator controls the swarm to follow their command.

To return safely back onto the aircraft, the idea is for the GAVs to latch onto a small pod dangling from the C-130. However, during tests so far the GAVs have not yet managed to latch onto this pod — falling just inches short of it said DARPA’s Scott Wierzbanowski, program manager for Gremlins.

So far, the drones have landed back on the ground using parachutes.

Why create such a program?

The goal of the Gremlins program, DARPA explains, is to carry out air launches and landings within 30 minutes. Using unmanned aerial vehicles for future conflict situations would greatly assist defense and attack missions, as these can be kitted out with sensors and other mission-specific tech.

And once they’re able to safely land back on the aircraft, they can be launched again within 24 hours after the ground crew prepares them.

It may seem like a fair amount of effort to launch and land drones mid-air, not to mention carbon unfriendly, and as more and more long-range missiles join the ranks of enemy lines, these aircraft could be shot down.

However, by kitting them out with comparatively affordable Gremlin drones, for instance, these GAVs can create enough havoc before the system is potentially shot down — offering additional intel and causing unexpected mayhem.

And if anything, the entire concept is worthy of a sci-fi movie.